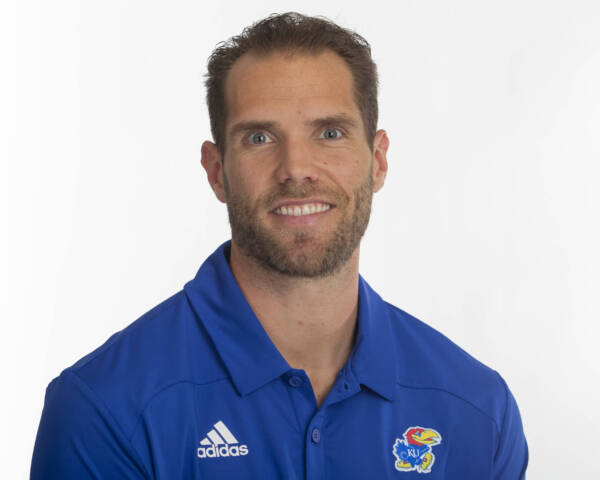 Gildersleeve came to Kansas after two seasons at Buffalo where he oversaw UB football’s strength program, nutrition program and fueling station. In his two seasons at Buffalo, the Bulls went 14-6, and in 2019 defeated Charlotte, 31-9, for the school’s first-ever bowl game victory. In the 2020 pandemic-shortened season, Buffalo went 6-1, finished first in the MAC East and ended ranked No. 25 in the Associated Press and Coaches’ polls.

Prior to Buffalo, Gildersleeve spent seven seasons at Akron where he was the director of football strength and conditioning and nutrition specialist for the Zips. He was promoted to the director title in the spring of 2016 after serving as the head coach of football strength and conditioning for two seasons. Under his direction, Akron won the 2017 MAC East Division title.

Gildersleeve earned a bachelor’s degree in exercise science from Mount Union in 2012.  The Dean’s List student was a four-year letterwinner at tight end for Mount Union and was part of four Ohio Athletic Conference championships and the 2008 national championship.

A native of Phoenix, Arizona, Gildersleeve earned a master’s degree in sport science and coaching principles from Akron in 2014. He worked as a graduate assistant at Akron until he was named the assistant director of football strength and conditioning in January 2014. Gildersleeve was promoted to head coach of football strength and conditioning in May 2016.

Gildersleeve is certified by the National Strength and Conditioning Association and is Precision Nutrition Level I certified.

He is married to Ana Martin-Sacristan, a former Academic All-MAC long jumper and runner from Akron. They have a daughter, Mia.