🏆 Chatzileonti Does it Again, Big 12 Freshman of the Week

LAWRENCE, Kan. — For the second-straight week, Kansas freshman forward Ioanna Chatzileonti was named the Big 12 Conference Freshman of the Week (FOW) for her performances in Week 2, the league announced on Monday. The honor is her second-career weekly Big 12 recognition.

The Athens, Greece native averaged 10.0 points and 12.0 boards in two games this past week to earn the weekly nod. Chatzileonti nearly missed a double-double against Ole Miss in Oxford with nine points and 10 rebounds (Dec. 3).

Chatzileonti posted her first double-double in a victory at home versus Oral Roberts where the Jayhawks hit the 100-point mark in convincing fashion, 100-59. She turned in 11 points and 14 rebounds with 11 of those boards coming on the defensive end (Dec. 6).

The 6-2 forward’s 24 rebounds were second in the Big 12 for the week. She has recorded three 10-rebound games on the season with an average of 10 per game, placing her fifth overall and leading all freshmen in the league.

The honor is the first consecutive nod for Kansas since the conception of the accolade in 2009. It is the eighth all-time FOW honor for Kansas, with Brandon Schneider at the helm for three of those honors in Holly Kersgieter (2019) and Chatzileonti (Nov. 30 and Dec. 7). Chatzileonti is the first KU international player to receive FOW and to be selected twice.

Chatzileonti and the Jayhawks will be back in action on Thursday, Dec. 10, when they host Oklahoma for their Big 12 Conference opener. The contest is scheduled for a 7:00 p.m. CT tip. 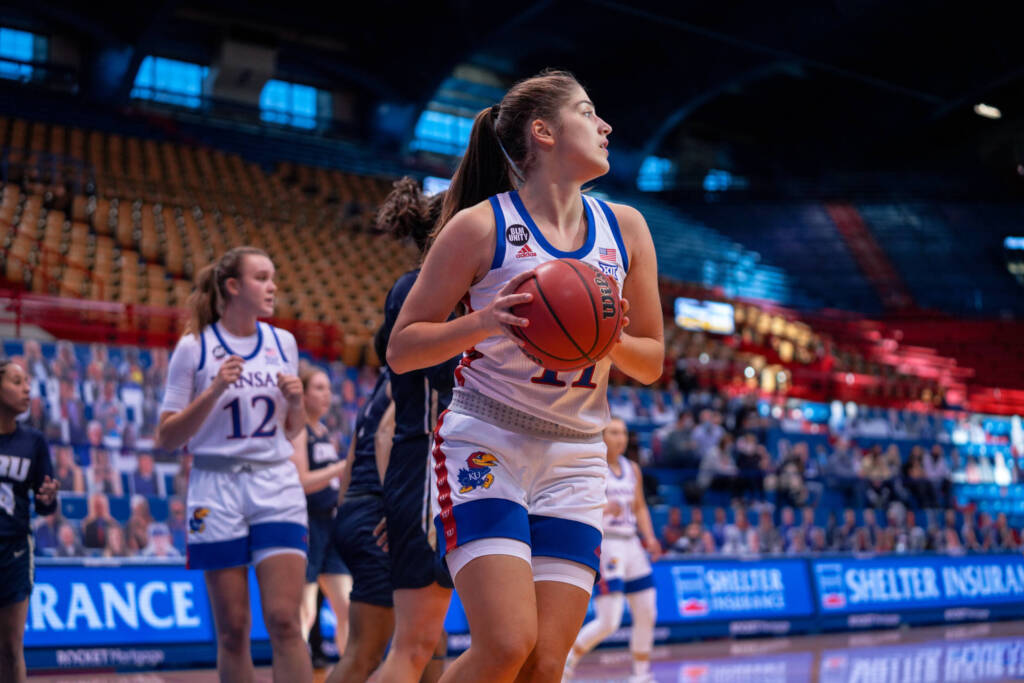 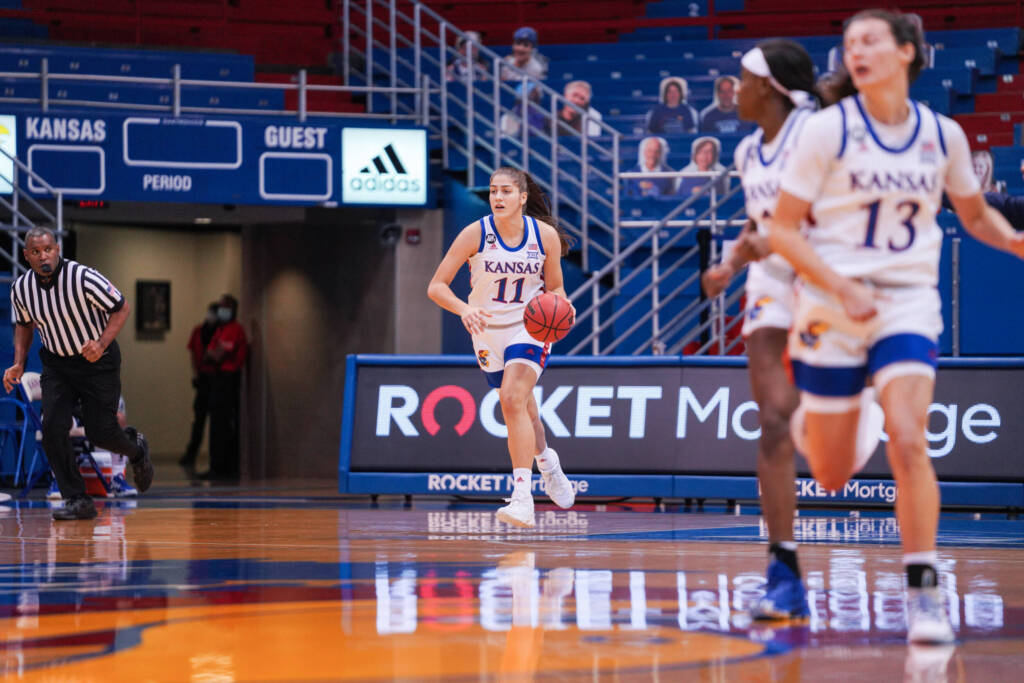 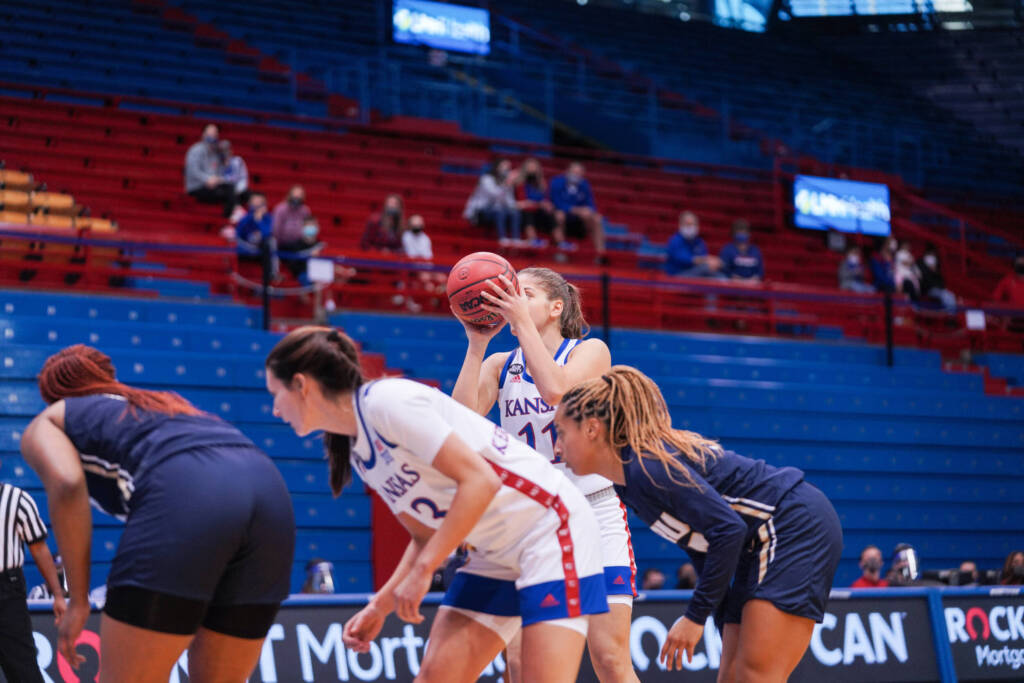 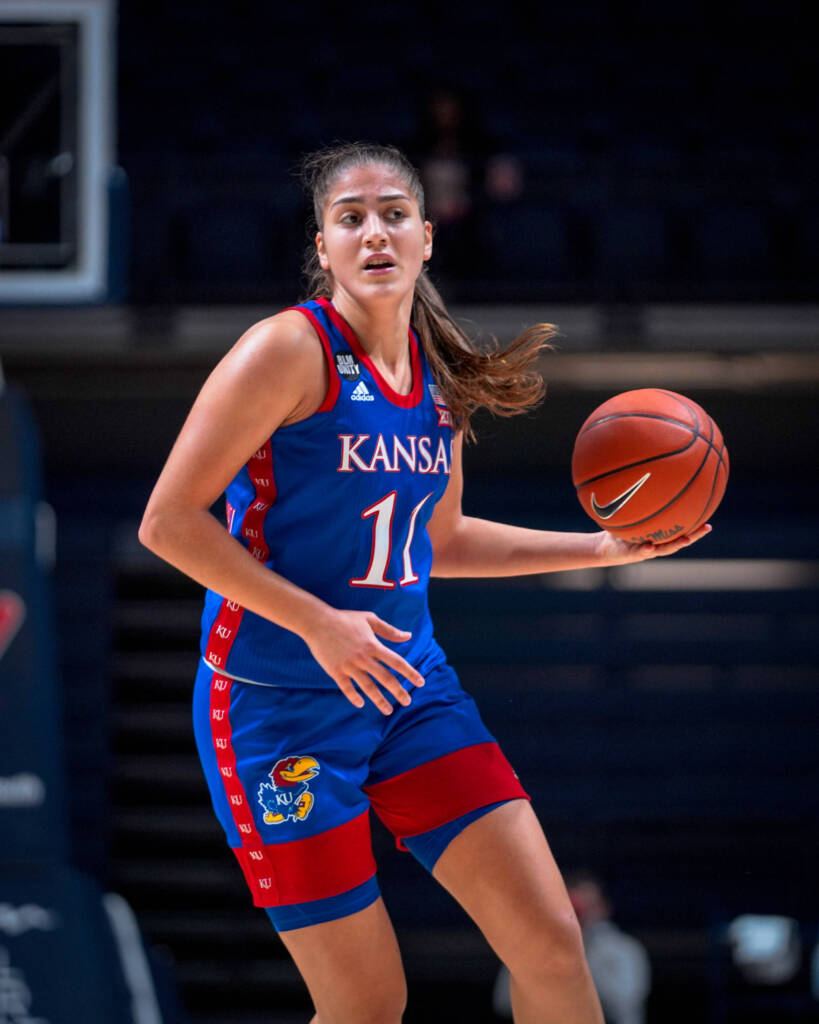 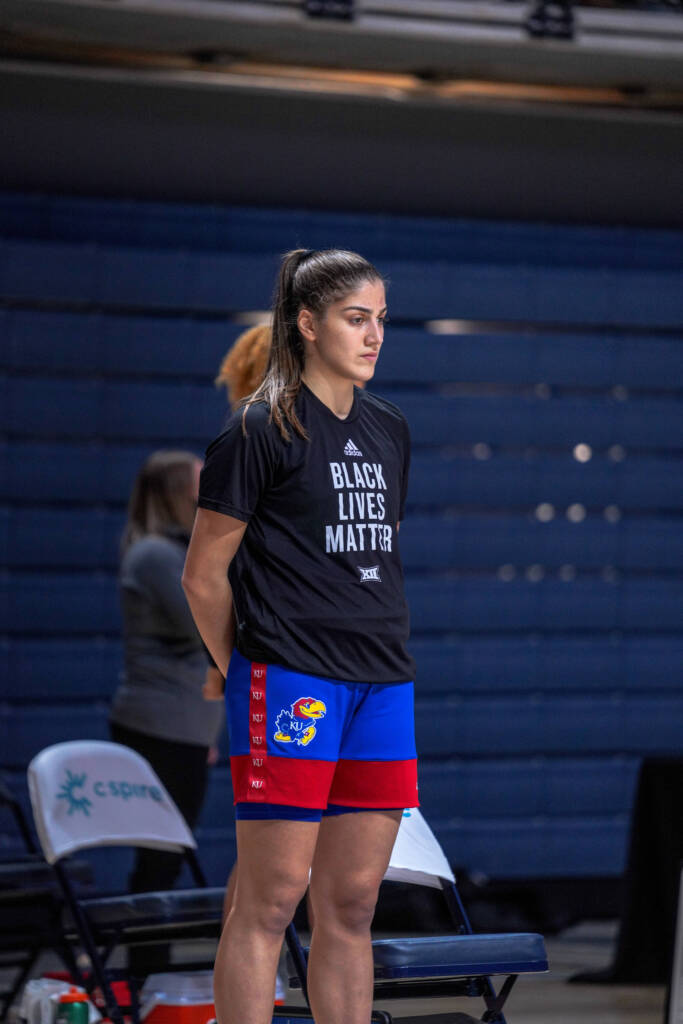 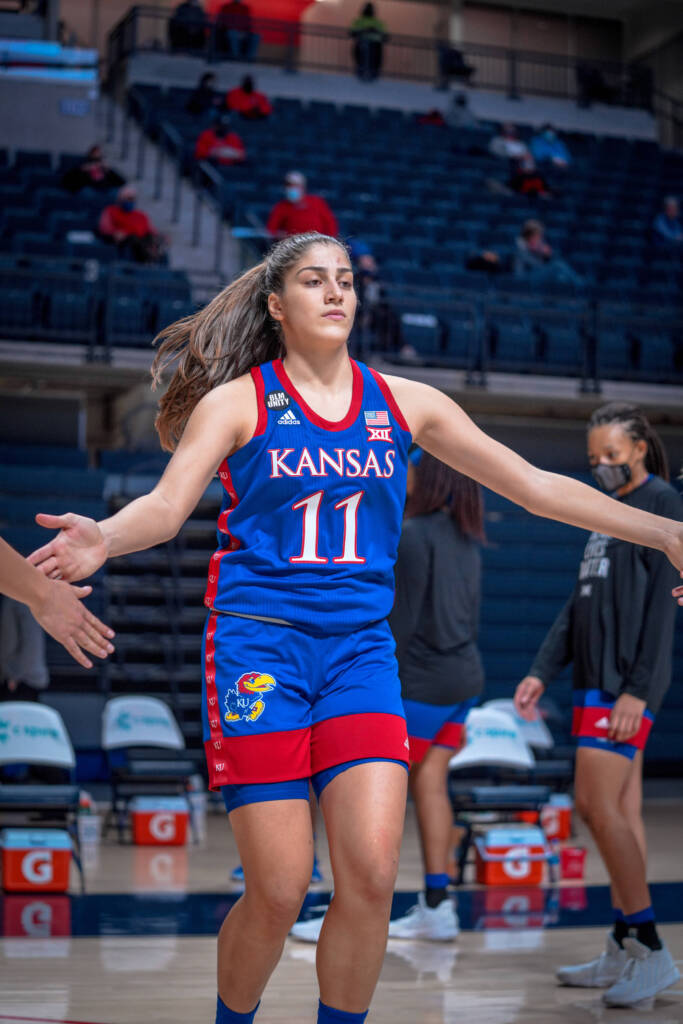 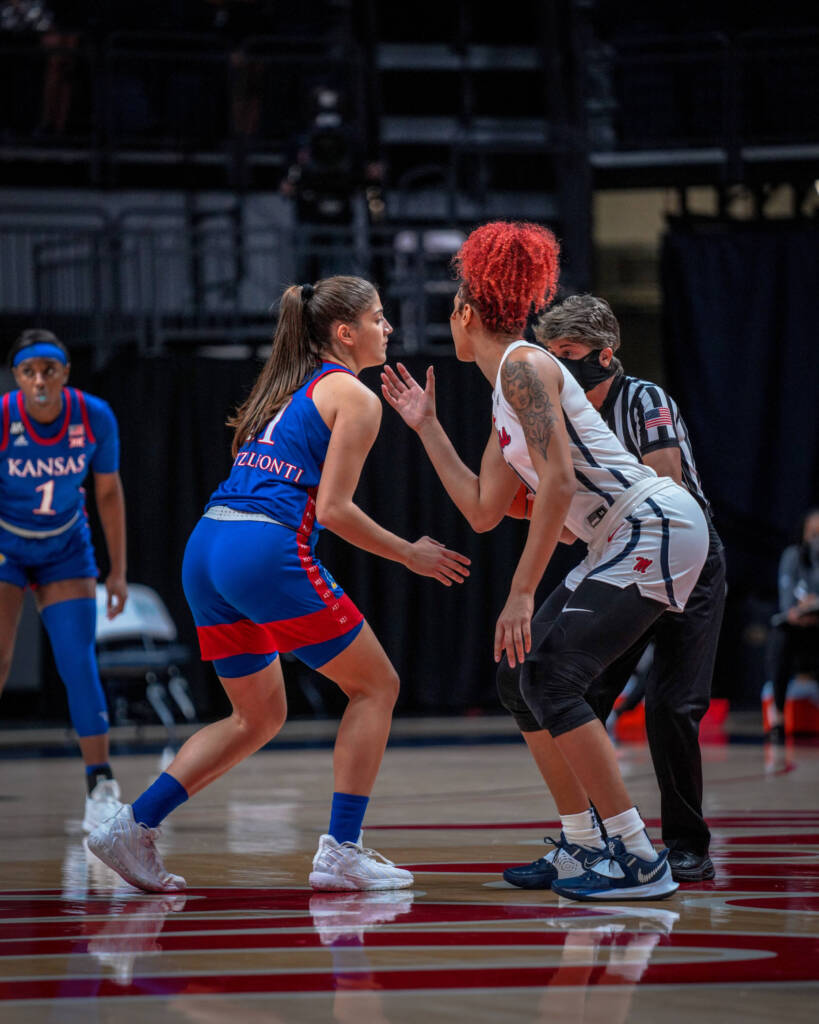 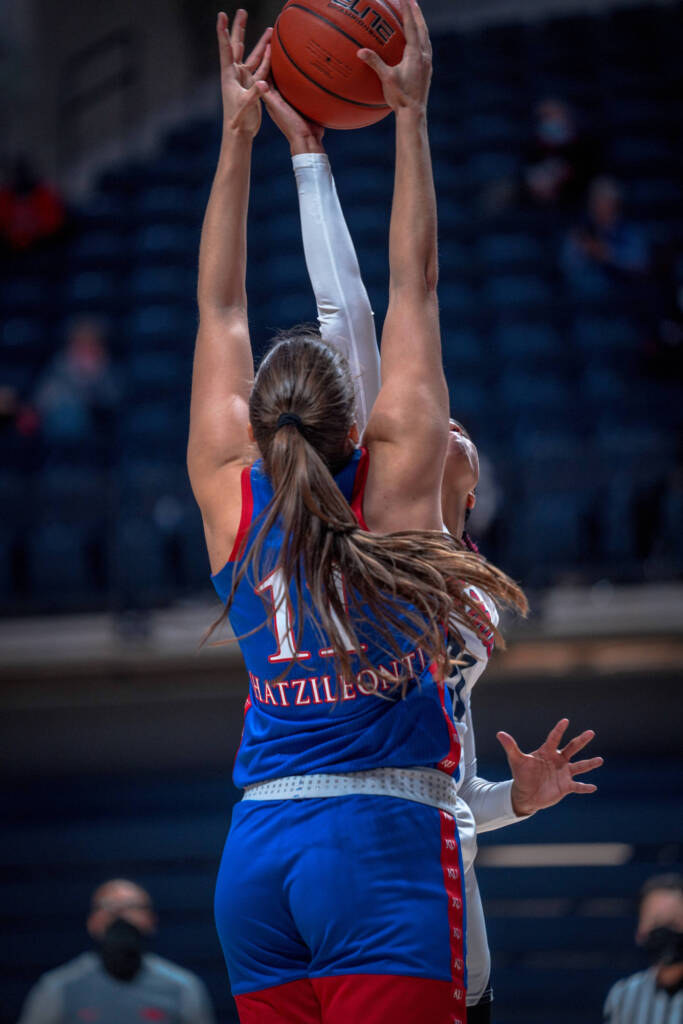 Freshman of the Week

Player of the Week