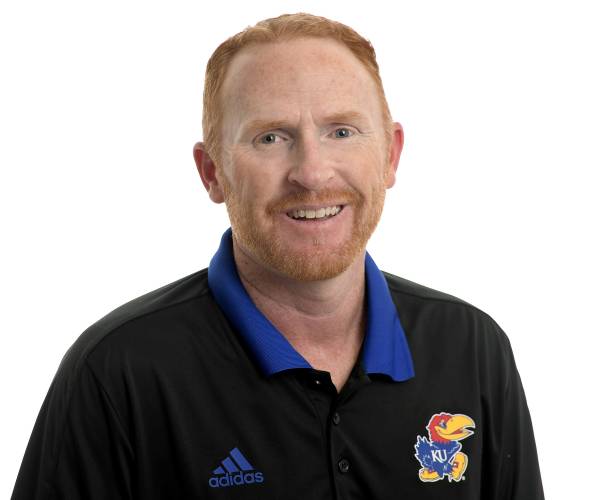 Todd Chapman has made a great impact on the Kansas Women’s Tennis program since his arrival in 2013. Chapman, now in his tenth season at Kansas, has guided the program to new heights, including five NCAA Tournament appearances and the 2019 Big 12 Championship.

Chapman led the Jayhawks to the NCAA Tournament in each season from 2016-19 and 2022, with a Sweet 16 appearance in 2019 after hosting the first and second rounds of the tournament. He coached Kansas standout Anastasia Rychagova, who became the fifth two-time All-American in program history in 2017 and 2019, along with the duo of Nina Khmelnitchkaia and Janet Koch, which earned doubles All-America honors in 2019.

A two-time ITA Central Region Coach of the Year and the 2019 Big 12 Coach of the Year, Chapman has led the Jayhawks to two Top 20 final ITA National Rankings, including the #13 ranking at the conclusion of the 2019 season. That season, Kansas spent 16-consecutive weeks ranked in the Top 20, earned its highest ranking since 1994 and reached as high as #7 in the polls. He also guided the Jayhawks to their second Big 12 Championship – first since 1996 – that season.

As an assistant coach at Tech for four years, Chapman helped elevate the Red Raiders from eighth place in the Big 12 in 2009 to the school’s first-ever bids to the NCAA Tournament in 2012 and 2013. Over his last three seasons in Lubbock he helped Tech achieve its highest national rankings in school history — 39th in 2011, 17th in 2012 and 15th in 2013. Tech reached the second round of the team competition in 2013’s NCAA Tournament, and their All-Big 12 duo of Samantha Adams and Kenna Kilgo reached the NCAA round of 16 in the doubles draw.

Prior to his tenure at Texas Tech, Chapman earned Southland Conference Coach of the Year honors as the head men’s and women’s coach at the University of Texas-Pan American (2001-03). He led UTPA to its first national ranking in 12 years and to a second-place finish in the Southland, the highest conference finish in the school’s history.

Chapman spent two years (1999-2001) as the head men’s and women’s coach at the University of Science & Arts of Oklahoma, an NAIA school in Chickasha, Oklahoma. There, his teams achieved national rankings of No. 17 (men) and No. 15 (women), and made back-to-back appearances in the NAIA Tournament.

He began his coaching career as an assistant coach (1998-99) for his alma mater’s men’s and women’s teams, both of whom were ranked in the Top 25.