The University of Kansas is honored to host the College Swimming Coaches Association of America (CSCAA) National Collegiate Open Water Championship at Lone Star Lake for the fourth-straight year.

The 5,000-meter race (3.1 miles) will consist of a three-loop swim with the men’s race beginning at 8:30 a.m., and the women’s competition beginning at 10:00 a.m. One individual from each race will be crowned a CSCAA national champion. In addition, the top-eight from each event will be honored, along with the top team from each race.

Scoring will be as follows:

The first three swimmers from each team to cross the finish line receive the points that correspond to their place. The first place swimmer receives one point, the second-place swimmer two, and so on. The team receiving the lowest score wins.

The championship field consists of 80 females and 54 males coming from a diverse group of colleges and universities spanning across the entire United States.

Admission to the event is free and spectators are encouraged to park in the lot above the beach, using the staircase to access the road and shoreline.

The fourth annual CSCAA Open Water Championships concluded on Saturday afternoon with two teams sitting atop the podium in the men’s and women’s divisions.

On the men’s side, it was Grand Valley State who finished in first place with 22 points, nudging past second-place Indianapolis who concluded with 25 total points. Rounding out the top-three was TCU who was the only other team to finish in the 20s, after tallying 27 points.

On the women’s side, it was Rice who took home the top-team honors as they finished with 32 points, eight ahead of host Kansas (40). Texas A&M came in third place with 42 total points and the top two individual finishers in the field.

Taylor Pike and Joy Field from the Aggies took home places one and two while Linda Ungerbock from Carson Newman secured third place. 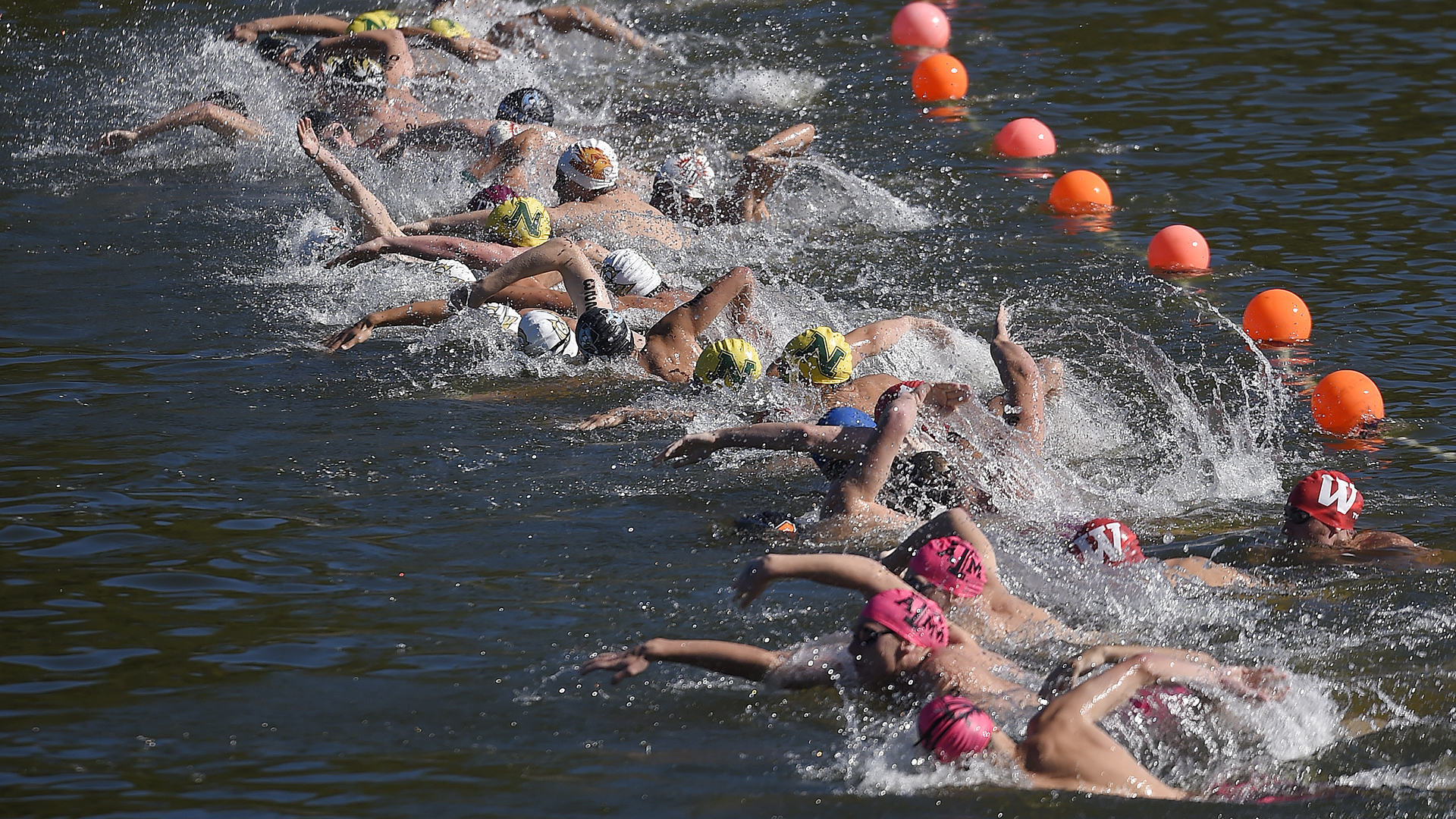 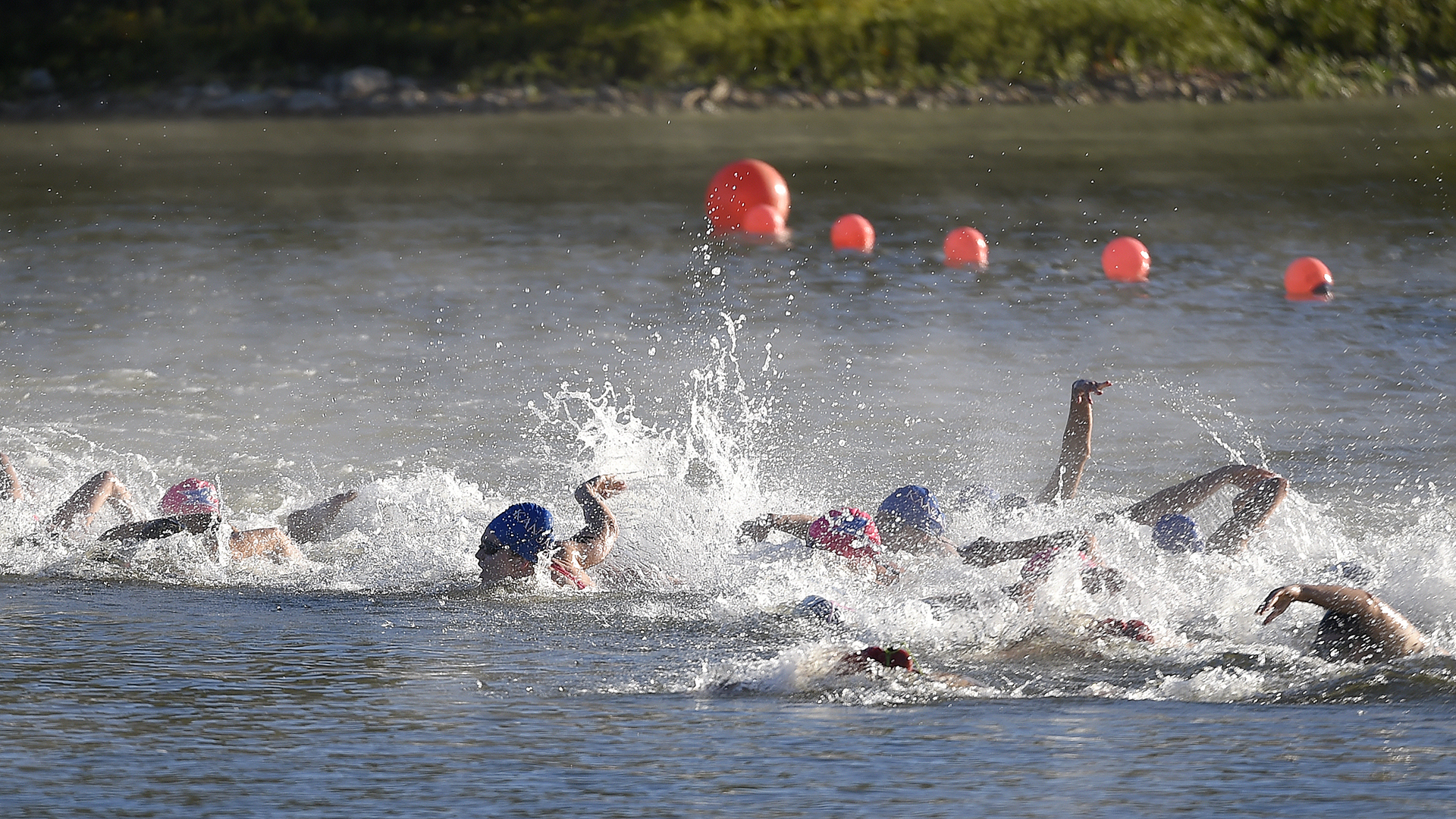 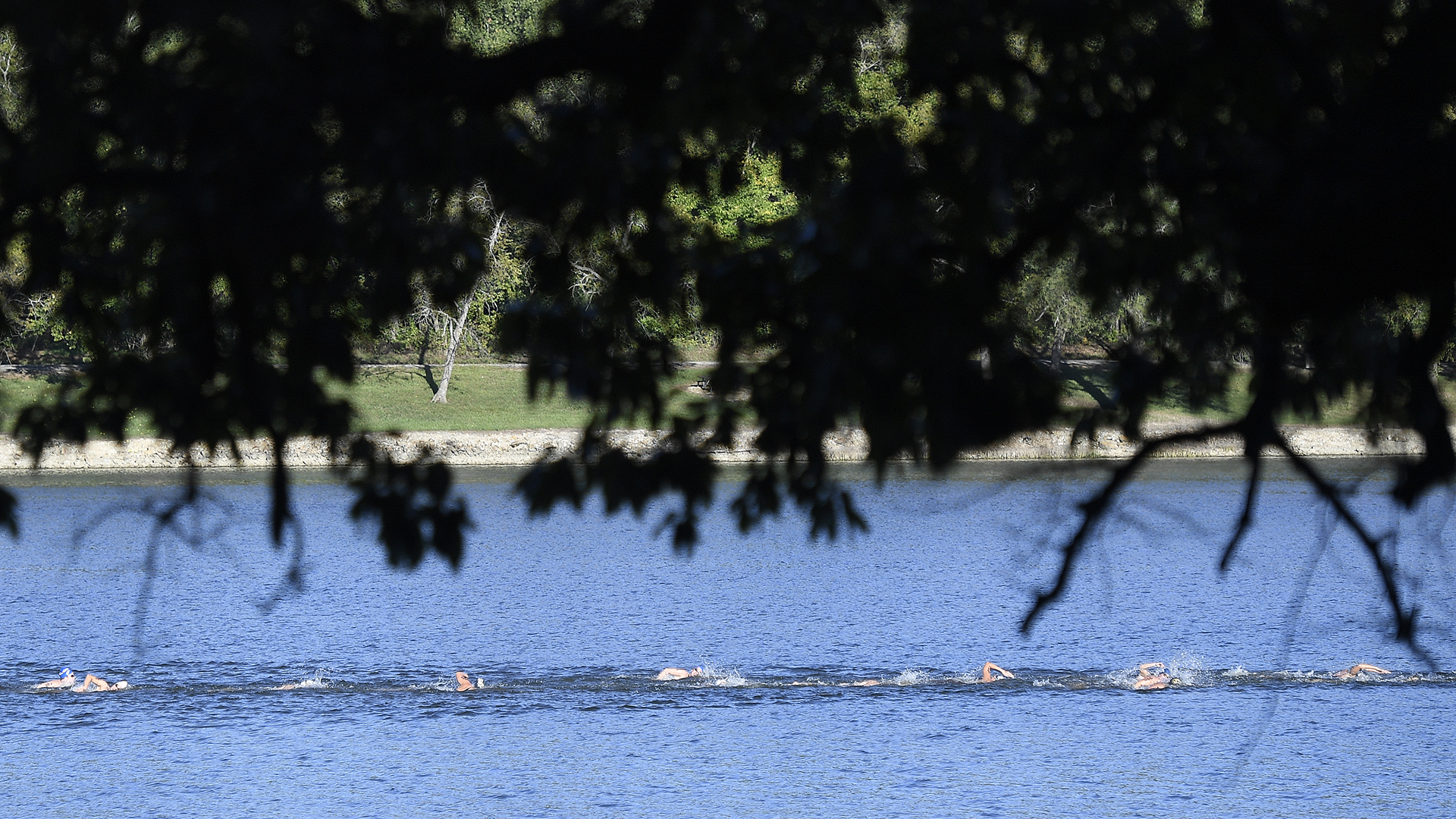 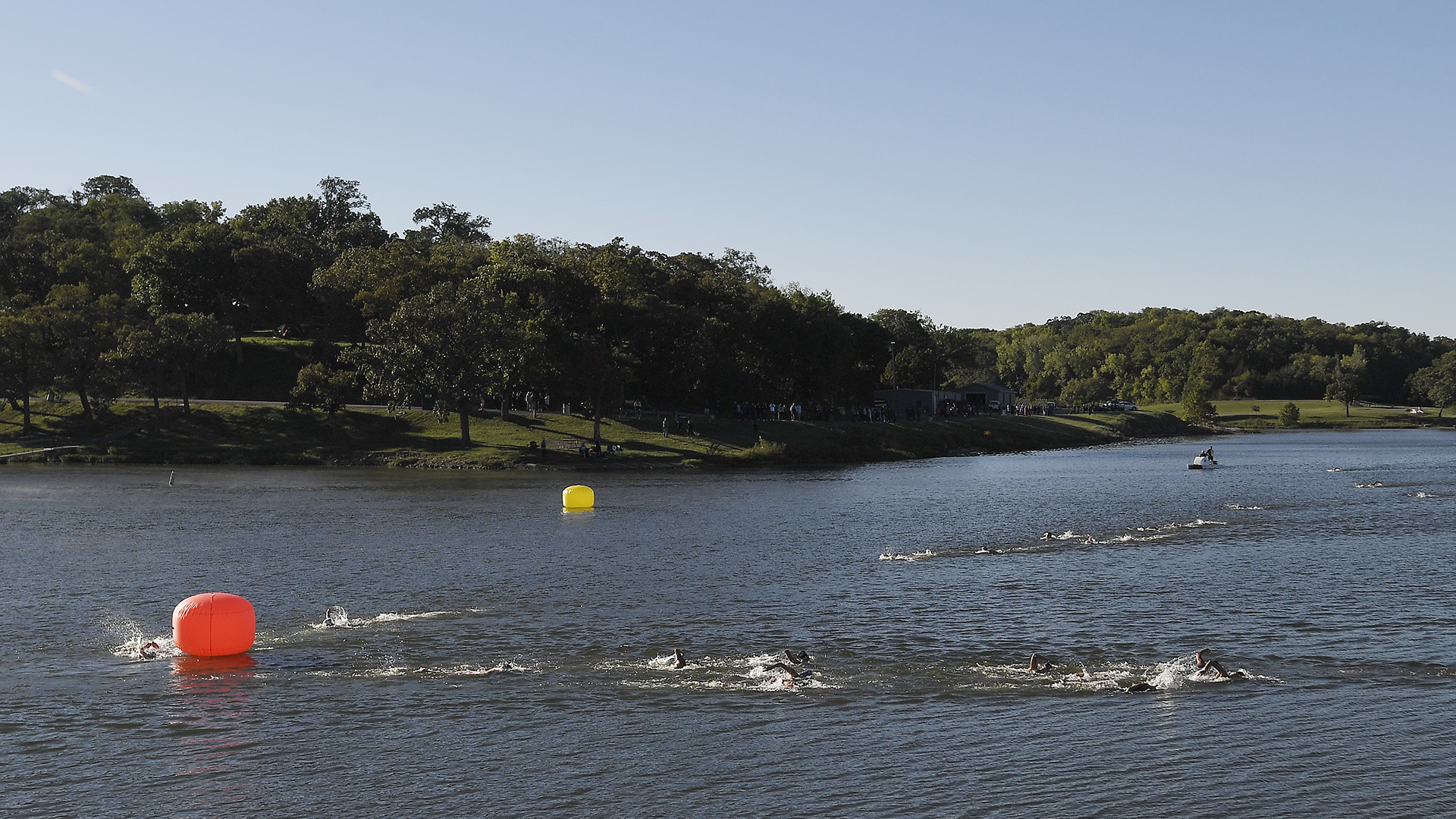