Through day one of the competition, the No. 21 Kansas men are in third place with 48 points in the overall standings, while the KU women stand in eighth place with eight points. The Iowa State men lead the men’s competition with 44 points, while the Texas Tech women are in front of the women’s standings with 53 points upon completion of day one.

Winning the Big 12 title is nothing new for Dudarev, as the Kansas senior has now won the Big 12 Indoor weight throw crown three times, tying for the most in Big 12 history in the event. Friday’s victory also marks the sixth-career Big 12 Championship for Dudarev between indoors and outdoors.

In the men’s weight throw, Dudarev claimed an early lead with his second throw of the competition at 22.43m (73-7.25 ft.), which he would improve upon with his fifth and sixth throws. On his final throw of the evening, with the championship already secured, Dudarev upped his performance with a mark of 23.23m (76-2.75 ft.). 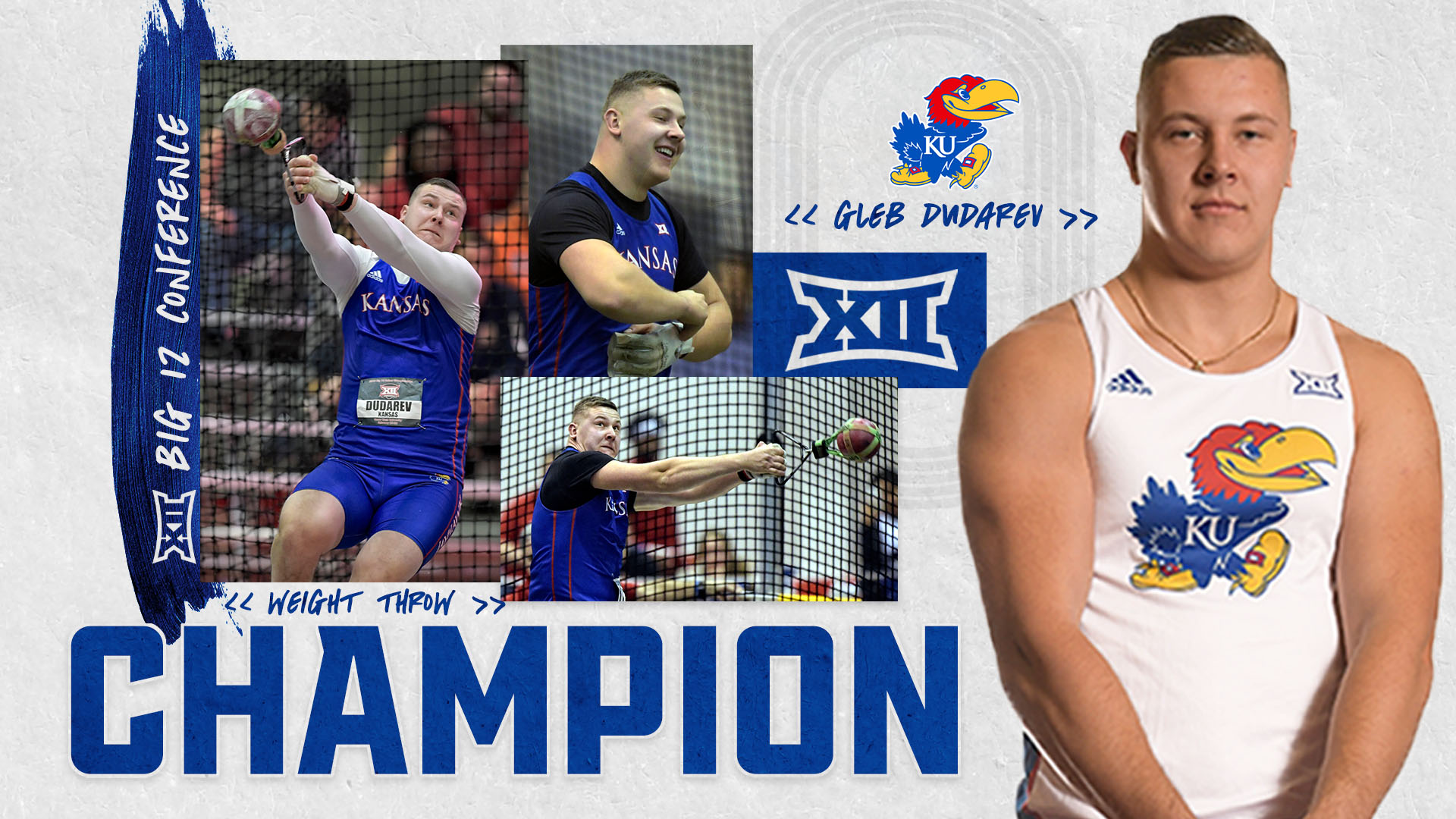 With both Bradford and Lightfoot at 5.77m (18-11 ft.), Bradford was the first to clear the bar on his third attempt, before Lightfoot followed on his third attempt. Both vaulters would miss on three attempts at 5.82m (19-1 ft.), forcing Bradford into second place based on misses. Bradford’s clearance at 5.77m (18-11 ft.) tied a new Big 12 Championship meet record, which dated back to 1990 (Jacob Davis, Texas.).

He clears 5.77m (18-11 ft.) to tie the Big 12 Conference meet record, but falls to second place based on misses pic.twitter.com/lAw0FUlDjp

In the women’s pentathlon, sophomore Toni England became the No. 5 performer in KU history in just her first Big 12 Indoor Championship appearance, where she scored a personal best 3,818 points. Englund set personal bests in three of five events, while her score is the best by a Kansas sophomore since Lindsay Vollmer in 2013.

In addition to the finals on the track and in the field on Friday, seven Jayhawks punched their tickets to their respective event finals on Saturday, including three individuals, Mariah Kuykendoll, Honour Finley and Zantori Dickerson advancing to the finals in the women’s 400 meters.

Day two of the competition picks back up on Saturday, beginning at 11:00 a.m., with the continuation of the men’s heptathlon. For a full schedule of events, click here.