Hoppel, of Midland, Texas, was one of three members of Team USA to make the final, finishing behind only teammate Donovan Brazier, who set a new American Record of 1:42.34 en route to winning the race. Hoppel ran a strong and composed race throughout the 800 meters, breaking down the final home stretch to move into fourth in 1:44.25. His time on Tuesday marked the best time of his career, besting his National Championship performance of 1:44.41 at the NCAA Outdoor Championships in Austin, Texas in June.

Jayhawk Bryce Hoppel closed out his long season of competition on the World stage on Tuesday, as he raced in his first-career World Championship meet. In the finals, Hoppel ran to a personal best 1:44.25 behind a strong finish, to place fourth overall. The time beats his previous best of 1:44.41, which won him his second NCAA title of the season at the NCAA Outdoor Championships in Austin, Texas on June 8.

Kansas senior Gleb Dudarev placed eighth overall in the men’s hammer throw final on Wednesday, where he unleashed a throw of 76.00m (249-04 ft.) on his third attempt. Dudarev earned qualification to the finals earlier in the week, where Dudarev recorded a top throw of 76.28m (250-03). 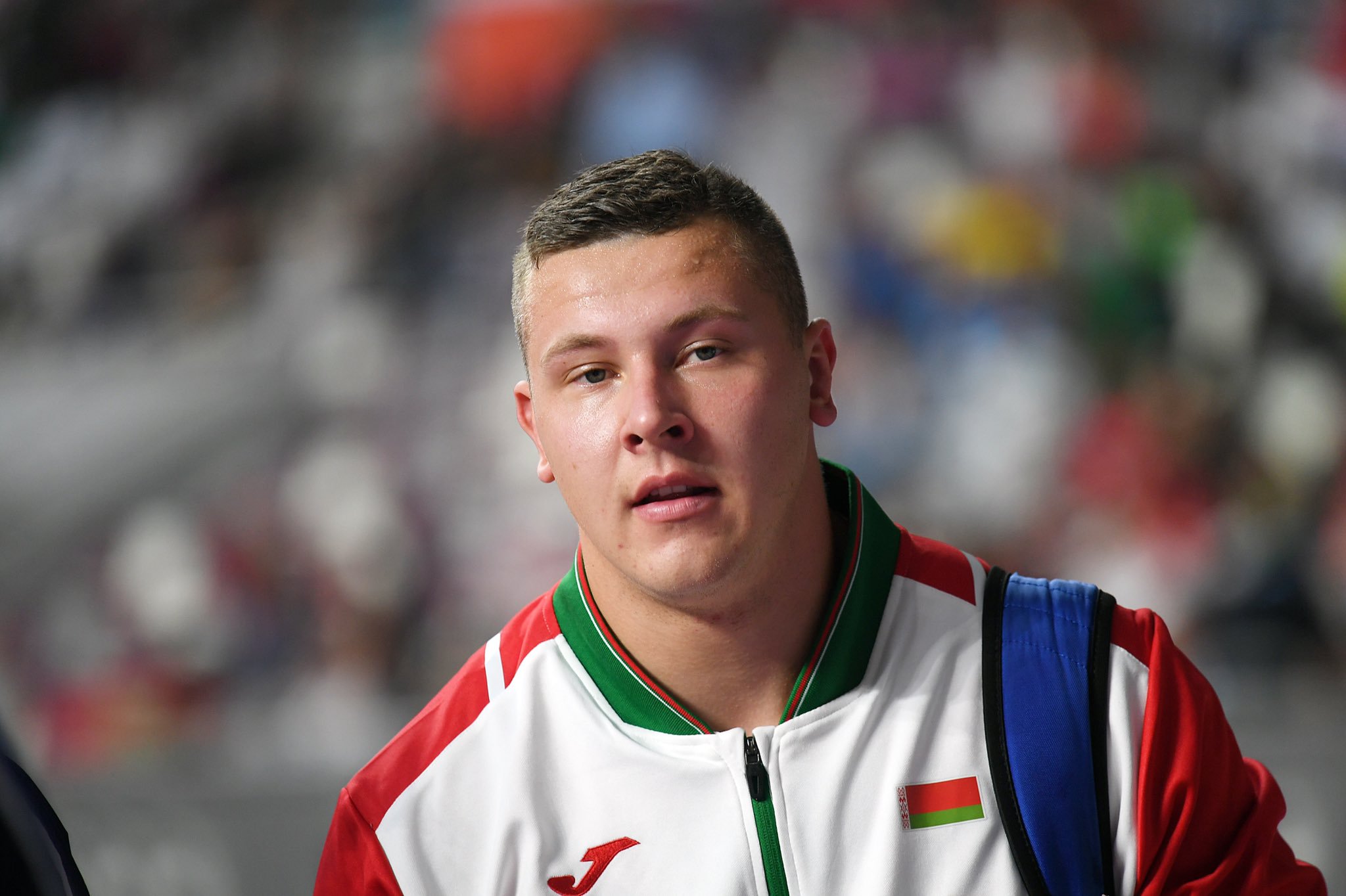 Kansas senior Gleb Dudarev punched his ticket to the IAAF World Championships hammer throw final on Tuesday, after the Jayhawk threw 76.28m (250-03 ft.) in the qualification round. Dudarev’s mark was good for 11th in the qualifying round, as he will look to find another big throw in the event finals on Wednesday at 1:40 p.m.

On Sunday, Bryce Hoppel earned a trip to the IAAF World Championships 800 meter final, after placing second in heat three by running a 1:45.95 to earn an auto-qualifier. Hoppel’s performance comes after qualifying for the semifinal round on Saturday, where he ran a 1:46.01 in the qualifying round.

Jayhawks getting it done on the World Stage 💪🌎@dudarev_gleb advances to the @IAAFDoha2019 men's hammer throw final after throwing 76.28m (250-03 ft.) in the qualifying round this morning!

He will throw again in the hammer throw final tomorrow at 1:40 p.m. #KUTrack pic.twitter.com/hY9N6NDs5v

Next stop ➝ 800 meter semifinals on Sunday! 👏@BryceHoppel earned an auto-Q in heat four of the qualification rounds this morning, running a 1:46.01 https://t.co/ZA0yvUyEq2

19 years old and on the 🌎 stage #KUtrack@Bradford_pv is the youngest member of Team USA competing at the IAAF World Championships later this month at 19 years, 9 months and 29 days pic.twitter.com/kvDccRmQoY

That's a big Q for @BryceHoppel to qualify for the next round! pic.twitter.com/8sJgQxYlEq

Hoppel runs a 1:45.95 to earn an auto-qualifier out of heat three! He will race in the final on Tuesday at 2:10 p.m. CT #WorldAthleticChamps pic.twitter.com/Wc6m7NT2dg

First world championship ✅ Finished freshman year placing 22nd at the IAAF world championships, best experience at a meet I have ever had! Met lots of great people and this made me excited for next year! Good luck to Sam and Cole in the final! #journeytogold #teamusatf

Want to get in #WorldAthleticsChamps mood?

All @IAAFDoha2019 previews in one spot 🤓

Good luck to these 🤚 Jayhawks, who will compete at the IAAF World Championships in Doha, Qatar from September 27 – October 6