LAWRENCE, Kan. – Head coach Todd Chapman announced Wednesday the addition of UC Santa Barbara (UCSB) transfer Tiffany Lagarde to the Kansas tennis team. Lagarde, an incoming junior, will be eligible to participate immediately and will have three more seasons of eligibility remaining when she suits up for the Jayhawks.

“We are really excited to add a player with Tiffany’s collegiate and junior experience to our program,” said Chapman. “We believe Tiffany’s best tennis is in front of her and that she is prepared to work hard to continue the development of her game.”

A native of Laval, Quebec, Canada, Lagarde joins the Jayhawks’ 2020-21 roster after two seasons at UCSB. As a freshman, she tallied a 16-13 overall record while going 5-1 in league play, mainly at the No. 3 singles position. In doubles, Lagarde saw action at the No.1 and 2 positions where she posted a 9-3 overall mark. Her rookie season success earned her a spot on the All-Big West Second Team.

In a shortened season, Lagarde ended her sophomore term with a 5-5 dual match record primarily at the No. 2, 3 and 4 singles positions. She also registered a 3-3 mark in doubles during the spring.

Prior to college, Lagarde attained a Junior ITF world ranking of 133 and was the No. 5-ranked player in Canada and No. 1 in Quebec.

“I decided to transfer to Kansas because of its good reputation for tennis and the support that athletes receive academically,” said Lagarde. “I believe that Kansas will help me balance my goals for tennis and academics.  Kansas offers a wide variety of majors and I will be able to study for the degree I want to obtain.” 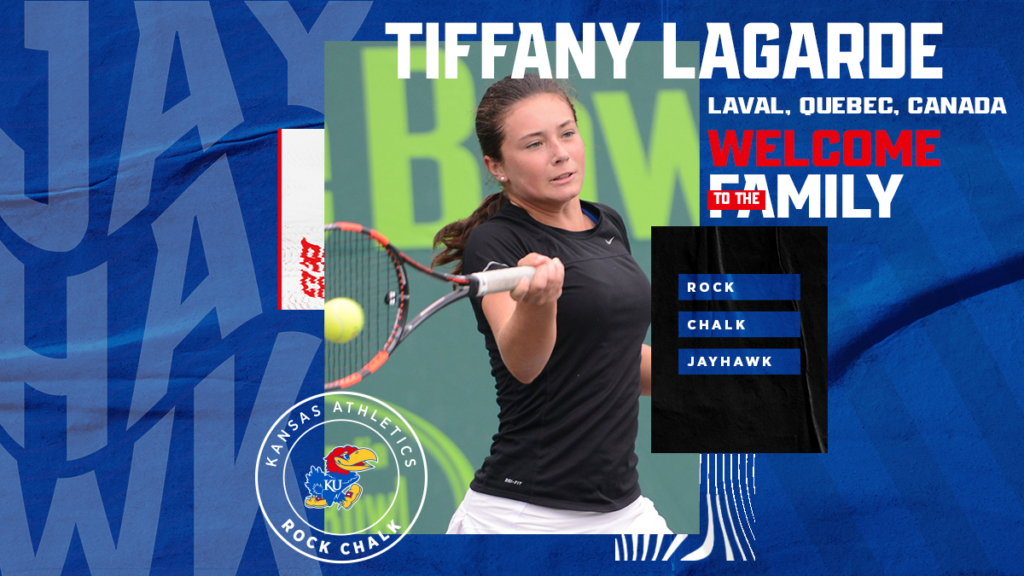