LAWRENCE, Kan. – Head coach Brandon Schneider has announced the finalization of the 2021 class with the addition of four newcomers. Nadira Eltayeb joins Matea Nikolic, Sanna Strom and Danai Papadopoulou as incoming freshmen ready to make an impact for the Jayhawks in the fall.

"During the ups and downs of the pandemic season, we were forced to move pieces around and often players out of position for obvious reasons. As we move forward and with the addition of four newcomers, we are really excited to be back to a complete roster with depth at every position." 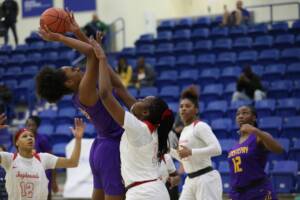 SCHNEIDER ON NADIRA: “Nadira adds a strong and physical presence to our frontline. Coach Turner has done a really nice job with her development at Eastern Arizona. She has good interior footwork and a solid repertoire of post moves with the ability to finish with both right and left-handed jump hooks in the paint. We feel she has the size, mentality and shot blocking ability to protect the rim for us defensively.” 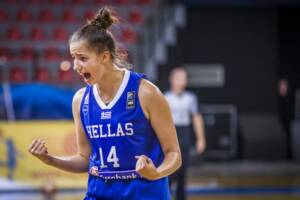 SCHNEIDER ON DANAI: “Danai is a skilled back to the basket post player with good hands, good feet and a soft touch around the rim. She comes from a basketball family and understands what it takes to compete at the highest level.” 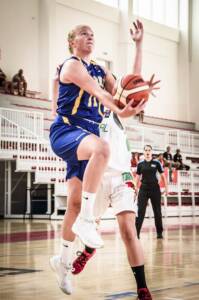 SCHNEIDER ON SANNA: “Sanna is a big shooting guard who can score at all three levels. She has a terrific release with deep range and has a great feel for the game. She’s strong and plays tough on both ends of the floor.” 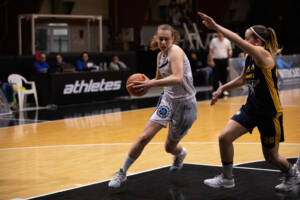 SCHNEIDER ON MATEA: “Matea is a versatile forward with tremendous size and strength. Her offensive skill set makes her a very difficult matchup, and she has the potential to take our front line to another level.”