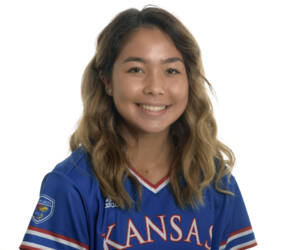 This week, Kansas soccer sophomore defender Kaela Hansen has selected six of her favorites from the Jayhawks’ 2019 season, which included a Big 12 Tournament Championship and a run to the NCAA Tournament’s Round of 16. Hansen, a native of Burnaby, British Columbia, started all 25 of the Jayhawks’ matches last year, helping the KU defense ascend to once on the stingiest in the nation. Hansen and the Kansas back line posted a program-record-tying 11 shutouts and one of the lowest goals-against averages in school history. 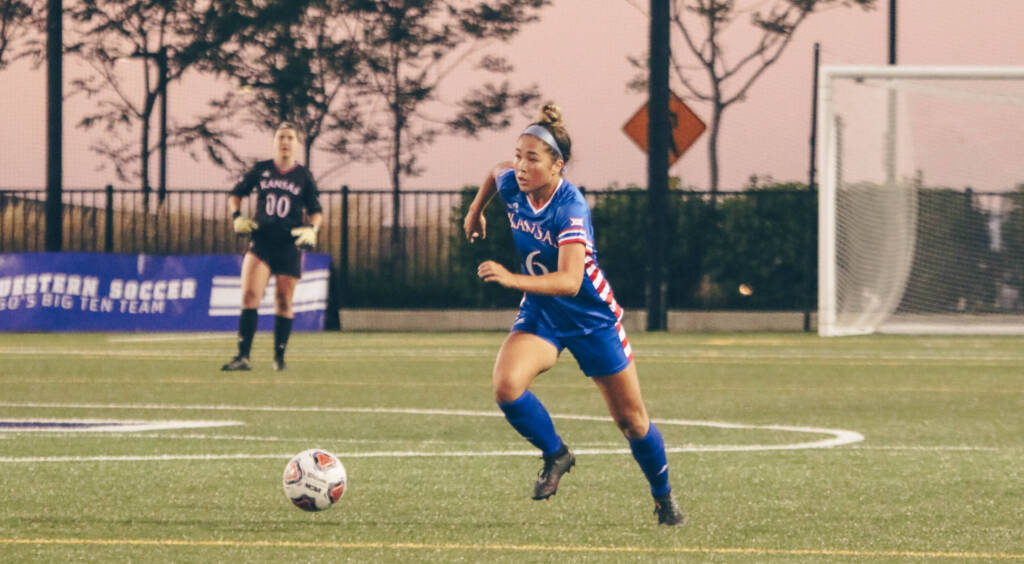 This photo is from when we played at Northwestern and beat them 1-0. This represents me well as a player on the field. I’m a defender and the majority of the time my job is to defend, but I have a big attacking mindset. When we have the ball, the back line’s job is to start and create a lot of the plays out of the back. That’s where this photo comes in, my favorite thing to do is create, bring the ball up and penetrate into space, whether I take the opposition on or play a forward pass to one of my teammates. 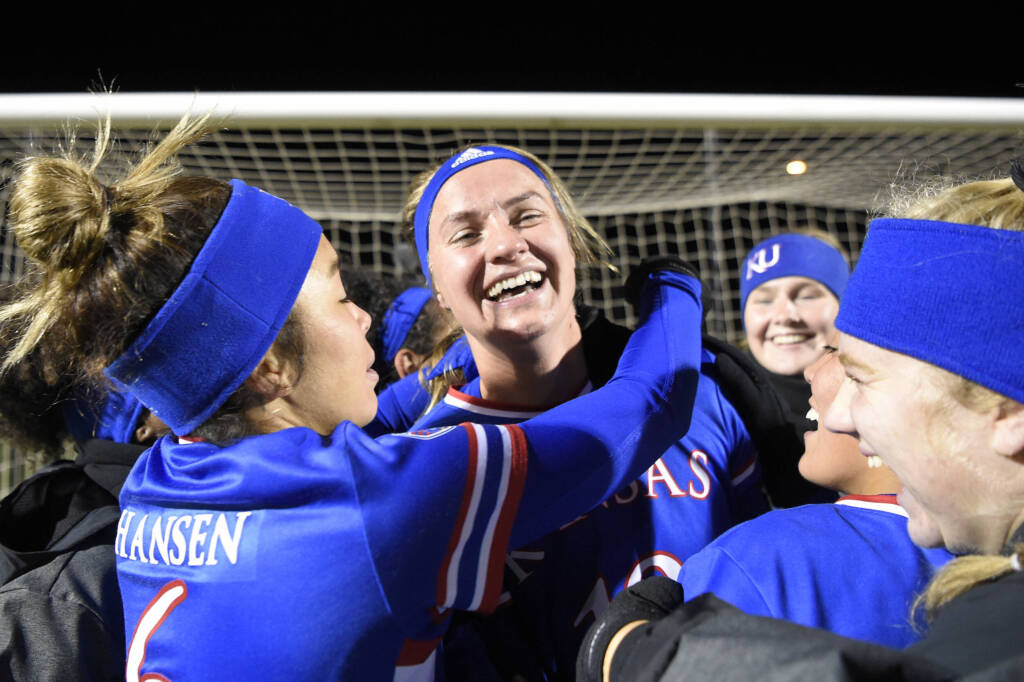 This photo was taken after we beat Oklahoma State in the semifinals of the Big 12 Tournament. The final score was 2-1 with Eva (pictured center) getting the winning goal in double overtime. As you can see, I’m literally yanking Eva in to give her a hug and kiss because I was so happy. This was such a big moment for the whole team for many reasons. The first time we played OSU during the regular season, we lost to them and they also finished first in the league, so beating them and getting to move on to the Big 12 Tournament championship was one of the most amazing experiences I’ve ever been a part of. Even before and during the game, everyone was so zoned in and we only had one mission — we wanted the win.

This was during the 2019 Sunflower Showdown, our home game against our rival K-State. This was a snapshot of part of the crowd during the game. It doesn’t even show all of the people surrounding the field. I’ve always been the type of player who gets excited playing for crowds.  This photo shows the amount of support we get at our games, especially big rival games like this. The energy at Rock Chalk Park is unbelievable. It inspires me to play better for myself, my teammates, but also for all the KU fans and supporters. 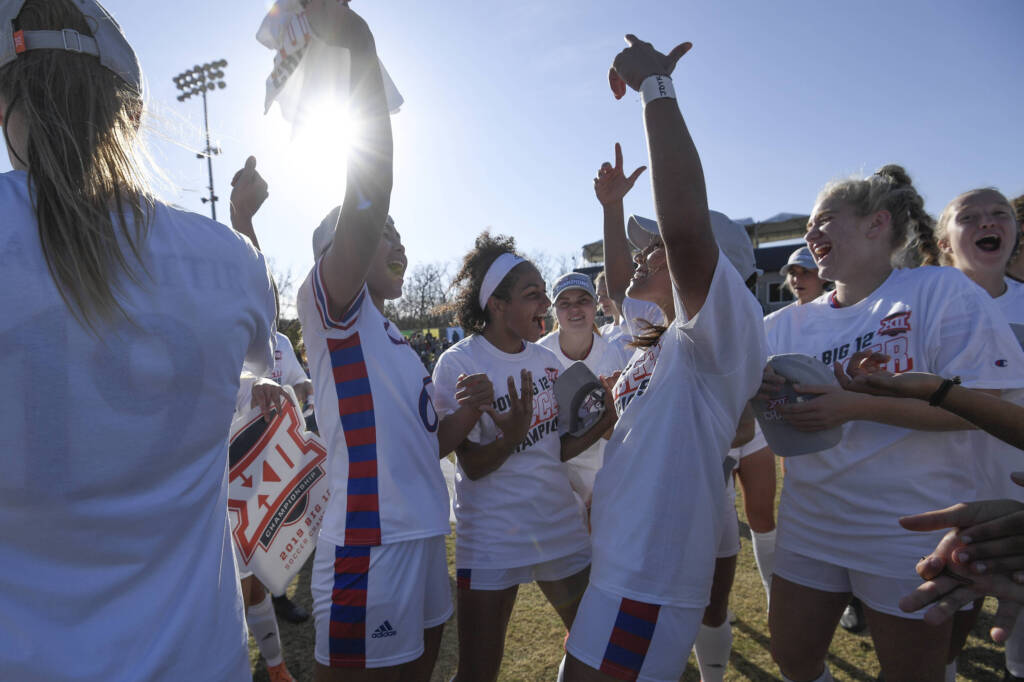 This picture was taken after we beat TCU 1-0 in the finals of the Big 12 Tournament and became champions. This is the first time ever Kansas soccer had won the Big 12 Championship. I remembered being so nervous before the game because this was a big game and my heart wanted nothing more than to win. But as soon as the whistle blew, I was so zoned in and focused.  I was so proud of the team because everyone left everything on the field. We all knew that right when we stepped onto the pitch, we were going to win no matter what it took. 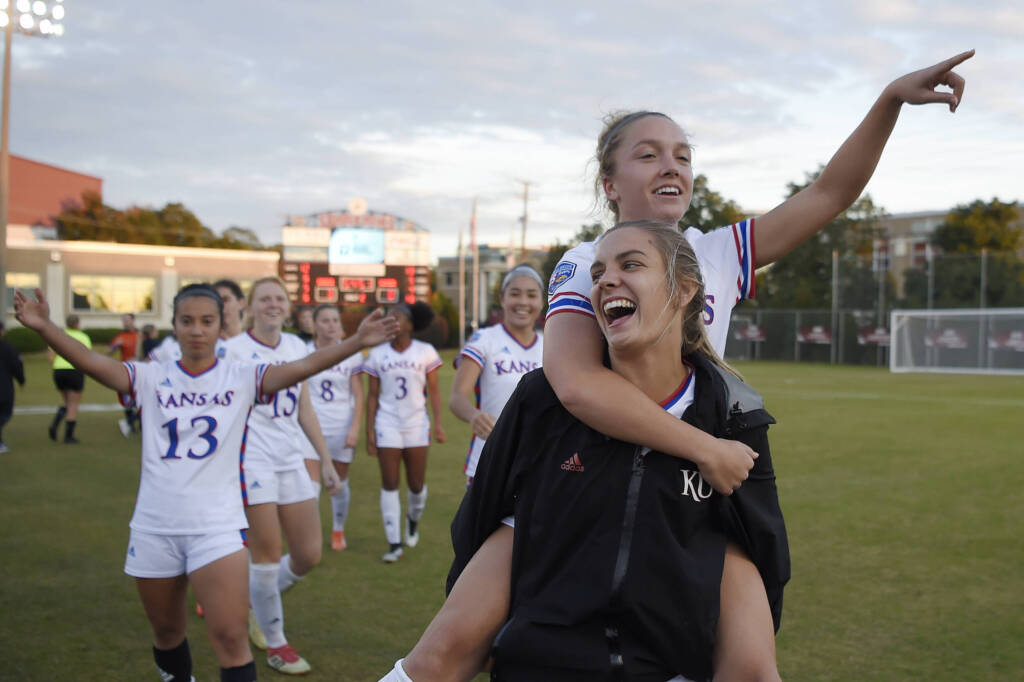 This picture was taken after our NCAA Tournament second round game versus Xavier where we beat them 3-0 and took us to the third round of the NCAA tournament. I love Katie and Mandie’s smiles because they emulate what the whole team was feeling — like we were on top of the world. This is only the second time Kansas soccer made the Round of 16 in the NCAA Tournament. 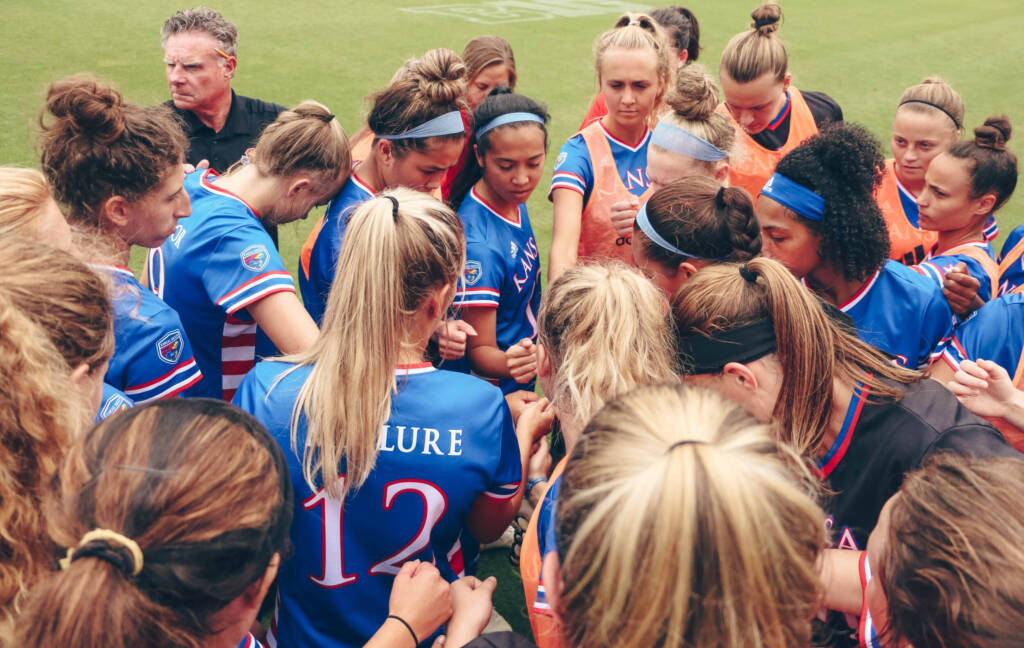 This picture was taken at our away game against Purdue before we beat them 2-1. We have a routine before every kick off, the team gets into a huddle and we say a few words to remind us what we’re trying to accomplish in the game. It is followed by our famous KU cheer before we break and run onto the field. The cheer is one of my favorite gameday rituals because it gets me psyched and zoned into the game. The team huddle and the cheer reminds us that we’re a team and a family, and that we’re playing hard and fighting for each other and ourselves.