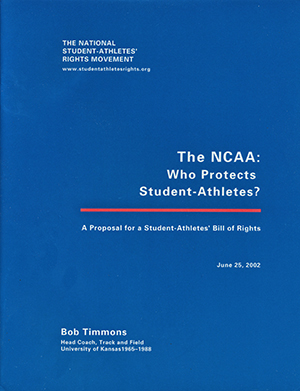 This week, let’s take A Look Back at a document produced by former track and field head coach, Bob Timmons.  In 2002, Timmons authored “The NCAA: Who Protects Student-Athletes? A Proposal for a Student-Athletes’ Bill of Rights.”  The 10 proposed rights covered within the 57-page document are as follows:

Each student-athlete shall have the right to: