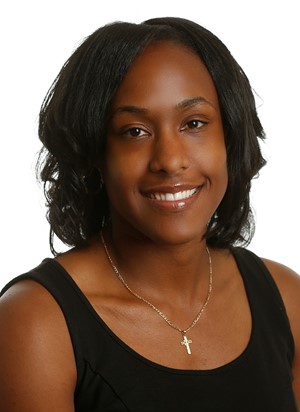 The St. Petersburg, Florida, native spent three seasons as a volunteer assistant coach at her alma mater, Indiana, prior to coming to KU. In her time at IU, Richmond earned both a master’s degree in sport management and marketing and her bachelor’s degree in sport administration.

Richmond, who competed for Indiana track and field from 2000-03, claimed seven Big Ten titles and earned five All-America honors throughout her career in the long jump and sprint relays. Richmond was the NCAA Indoor runner-up in the long jump in 2003, and remains the school record holder in both the indoor and outdoor long jump events as well as in the 4×100-meter relay. Richmond was inducted into the Indiana Athletics Hall of Fame in 2020.

In post-collegiate competition, Richmond went on to have a great deal of success on the national and international levels. In 2004, she placed fourth at the U.S. Olympic Trials and earned a berth to the 2004 Olympics in Athens, Greece. Richmond also won U.S. National Championships in the long jump during the indoor season in 2005 and the outdoor season in 2006.