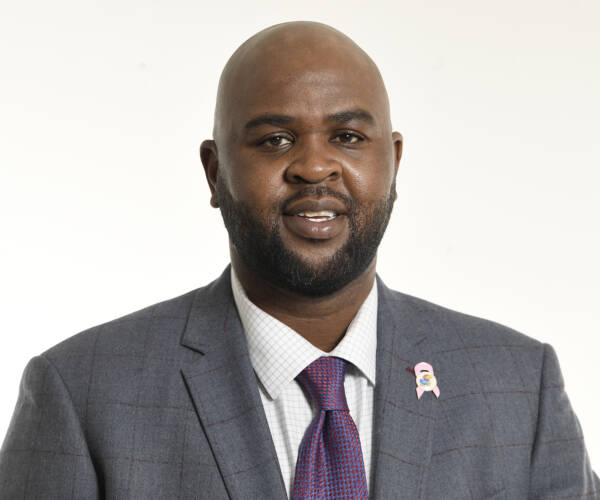 Terry Nooner enters his third season on the coaching staff of Brandon Schneider at Kansas in 2022-23. This is the second stint at Kansas for the former Jayhawk, who was promoted to associate head coach on April 19, 2021.

Nooner has found success at all levels of basketball, including nearly a decade of experience in the women’s college game. In addition to his time at Kansas, he has coached at Texas, Maryland, Alabama and Southern Illinois along with one season as a player development coach with the Cleveland Cavaliers.

In his return to Kansas, Nooner assisted Schneider – the 2022 Big 12 Coach of the Year – during the Jayhawks breakthrough campaign in 2021-22. The Jayhawks finished the season with a record of 21-10, marking the program’s first 20-win season since 2010-11, and the Jayhawks had 20 wins during the regular season for the first time since 1999-2000. Kansas capped off the season with a berth in the 2022 NCAA Tournament, where KU earned the No. 8 seed in the Spokane Regional and defeated Georgia Tech, 77-58, in the opening round before falling to eventual regional champion Stanford in the second round.

Nooner was directly credited with the emergence of Kansas post player Taiyanna Jackson in 2021-22. Jackson burst onto the scene as a junior college transfer, leading the Big 12 and ranking fourth in the Big 12 with a single-season school record 95 blocked shots. For her efforts, Jackson became the first Jayhawk in program history to be selected to the Big 12 All-Defensive Team.

Before returning to Lawrence, Nooner spent the 2019-20 season as an assistant coach at Texas, working heavily with players at the post position. He coached a pair of All-Big 12 selections and one WNBA draft pick while on the Forty Acres and UT earned three wins against Top 25 opponents that season.

Nooner joined the Longhorns from the NBA’s Cleveland Cavaliers, where he spent the 2018-19 season as Player Development Coach.

Prior to his time with the Cavaliers, Nooner served three seasons as an assistant coach for the University of Maryland women’s basketball team. He helped the Terrapins to a record of 89-14 [.864], including a 43-7 [.860] mark in Big Ten Conference play. During his stint in College Park, Maryland won back-to-back Big Ten regular season and tournament titles and earned three NCAA Tournament berths. While at Maryland, Nooner helped recruit the nation’s No. 1 class in 2016 and the fourth-ranked class in 2018.

Nooner was an assistant coach at the University of Alabama for two seasons from 2013-15. In his first season in Tuscaloosa, the Crimson Tide won 14 games, playing one of the most difficult schedules in the nation. Seven of those victories came in Southeastern Conference play, which were the most league wins for the Tide in more than 12 years. Alabama had several notable victories during Nooner’s time there, including the first win in program history at Vanderbilt’s Memorial Gym.

Nooner spent one season at his alma mater, the University of Kansas, as an assistant coach with the women’s basketball team. He helped the Jayhawks to one of their most successful seasons, as Kansas finished with 20 wins in 2012-13. Kansas advanced to the fourth NCAA Sweet 16 in program history.

Nooner began his collegiate coaching career as an assistant coach at Southern Illinois in 2011-12. During that season, he worked with Cartaesha Macklin, who was named Missouri Valley Conference Freshman of the Year.

Before joining the collegiate ranks, Nooner coached high school and AAU basketball for seven years in the Kansas City area. Additionally, he served as president of KC Pro Am Inc., a non-profit organization that provides basketball instruction, from 2007-11. He also worked at the Jewish Community Center of Greater Kansas City as a personal basketball instructor from 2006-11. Nooner’s past clients include Chauncey Billups, Tyronn Lue and Billy Thomas, in addition to several college players.

Nooner, a Raytown, Mo., native, was a former guard and team captain for the University of Kansas from 1997-2000. He helped the Jayhawks to a Sweet Sixteen, four NCAA Tournament appearances and three Big 12 Championships.

He earned his Bachelor of Arts degree in African-American Studies from the University of Kansas in 2000. In 2002, he earned his Master’s degree in Sport Administration from Kansas.

Nooner and his wife Tracy have three children.

Head coach Brandon Schneider has announced the promotion of current assistant coach Terry Nooner as well as the additions of Karyla Middlebrook and Morgan Paige to the 2021-22 coaching staff as assistant coaches.