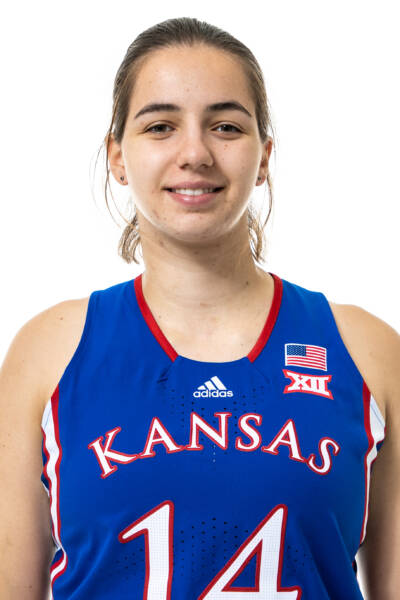 2022 Summer (FIBA U20 European Championships)
Competed for Greece in Group B of the tournament, played in Skopje, North Macedonia…Helped her country to a fifth-place finish in the event…Averaged 6.6 points and 3.7 rebounds per game while shooting 67.7% (21-of-31) from the field…Scored in double figures twice, putting up 14 points with eight rebounds in the opener against Albania and closing out the event with 20 points and five rebounds in the fifth-place game against Germany…Was joined on the Greece U20 team by Kansas teammate Ioanna Chatzileonti.

2021-22 (Freshman)
Saw action in 15 games as a freshman, averaging 8.8 minutes per game off the bench…Totaled 27 points, 25 rebounds, 5 steals and 3 blocked shots…Had career-highs of seven points and five rebounds against Saint Louis (Nov. 21).