WACO, Texas – Kansas football scored on its opening possession Saturday night at McLane Stadium while Baylor responded by scoring 40-straight points before KU could counter. The Bears, playing in their first game of the season, went on to beat the Jayhawks 47-14.

KU (0-2, 0-1 Big 12) got off to a fast start in its second game of the season, scoring on the first drive of Saturday night’s game at Baylor. True freshman quarterback Jalon Daniels got his first-career start and completed two passes during an eight-play, 79-yard drive, one each to senior wide receivers Andrew Parchment (four yards) and Stephon Robinson Jr. (23 yards). Pooka Williams Jr., then rushed 21 yards for his first touchdown of the season and 11th of his Kansas career.

Baylor (1-0, 1-0 Big 12) responded with a touchdown two plays later to tie the game at 7-7. The Bears also scored on their next two drives to take a 17-7 lead into the locker room at halftime.

After scoring two touchdowns in the second quarter, BU accomplished the same feat in the third quarter before tallying a safety and the team’s fifth touchdown of the night in the final 15 minutes of play. In the second half, Baylor senior running back Tresten Ebner took two KU kickoffs to the end zone, the first a 100-yard return and the second from 83 yards out.

Midway through the fourth quarter, Kansas’ Williams scored his second touchdown of the evening on a 16-yard rush. The junior from New Orleans, Louisiana, recorded 70 yards for the game, just surpassing his 67 against Coastal Carolina on Sept. 12. Redshirt-freshman kicker Jacob Borcila’s point-after-attempt was good, making the score 40-14 with 7:03 to play in the game.

The home team came right back on the next possession, scoring its sixth touchdown of the game on a 26-yard run by Craig Williams. John Mayers’ PAT was good, putting the Bears ahead by a score of 47-14 with four minutes remaining on the clock.

For the game, KU’s rookie quarterback, Daniels, completed 19 of his 33 pass attempts for a total of 159 yards. Williams and sophomore running back Velton Gardner led the Jayhawks in rushing with 76 and 70 yards, respectively, on 14 attempts apiece. Senior wide receiver Kwamie Lassiter II was the top receiver for Kansas on the evening, catching six passes for 65 yards.

Kansas returns to David Booth Kansas Memorial Stadium next Saturday, Oct. 3, when the Jayhawks host the No. 15-ranked Oklahoma State Cowboys on Homecoming. Kickoff is slated for 2:30 p.m. (CT) and will be broadcast live on ESPN.

.@PookaWilliamsJr runs it in for 6. 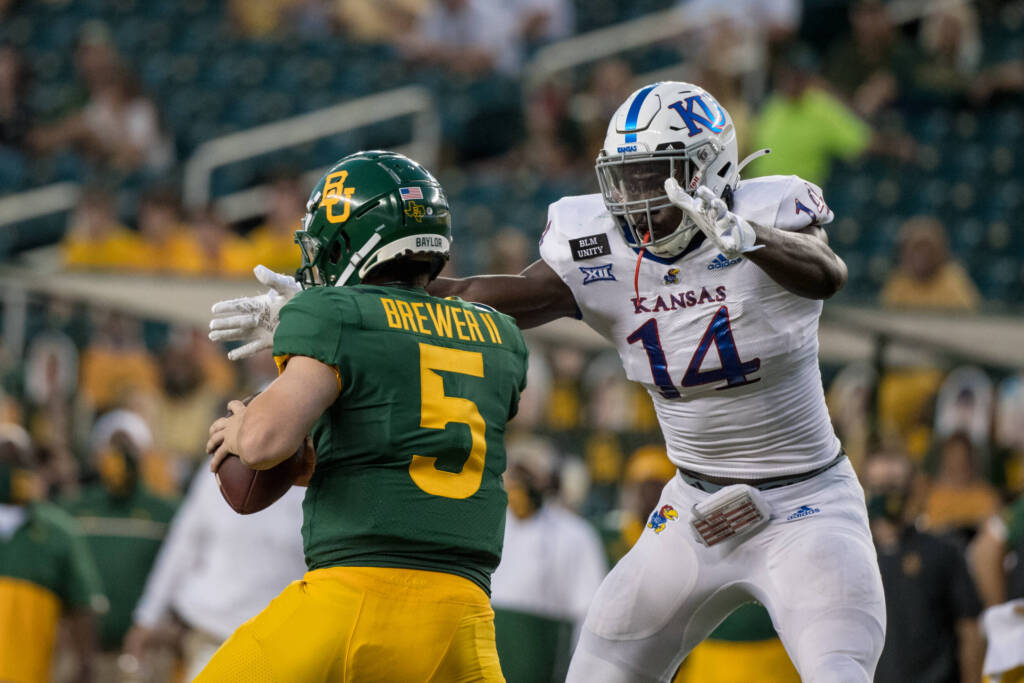 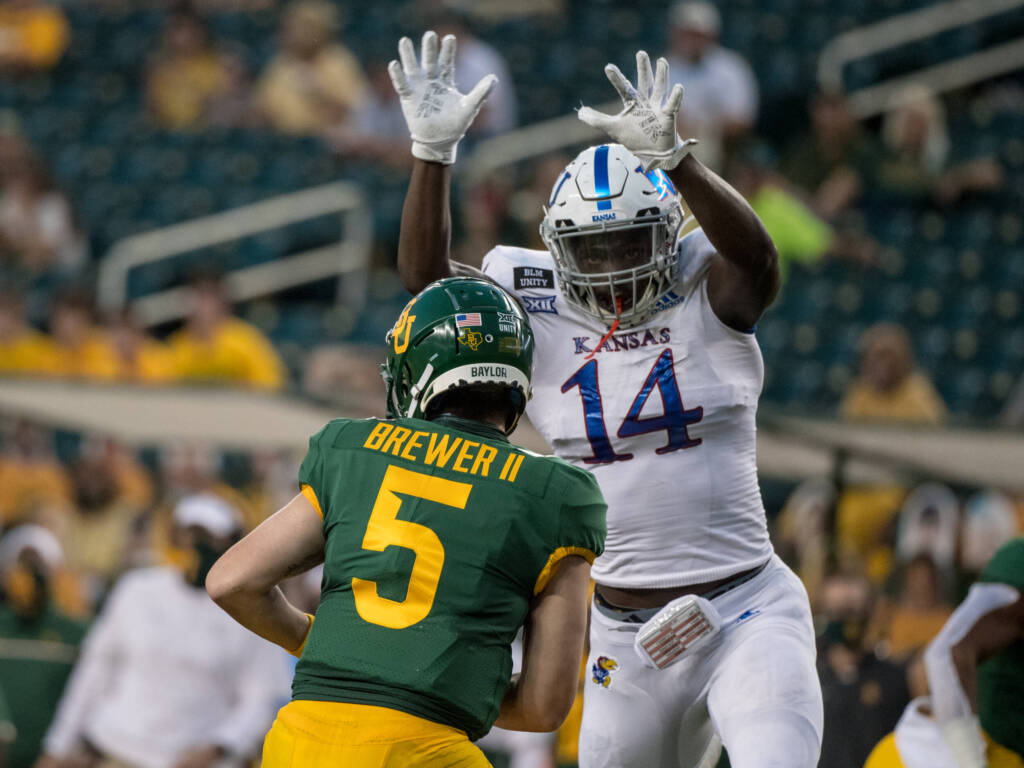 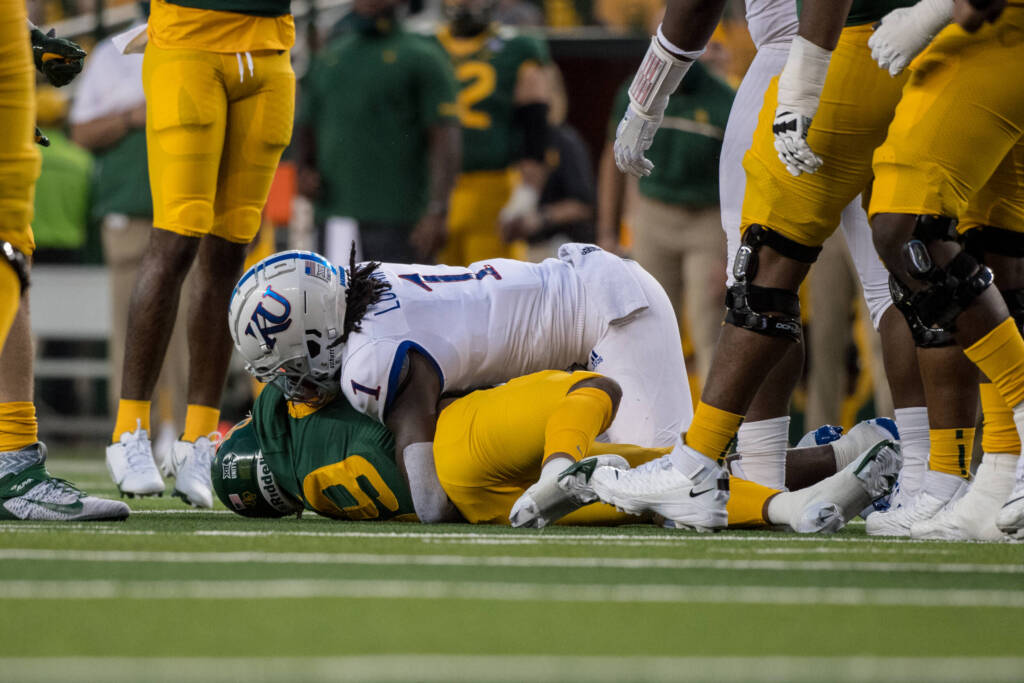 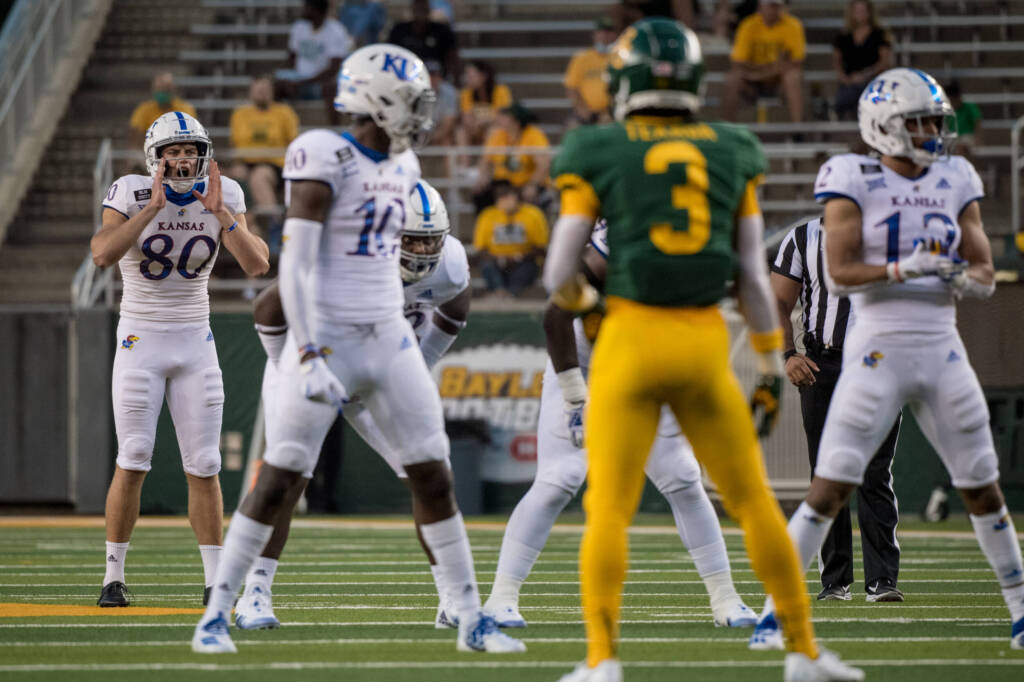 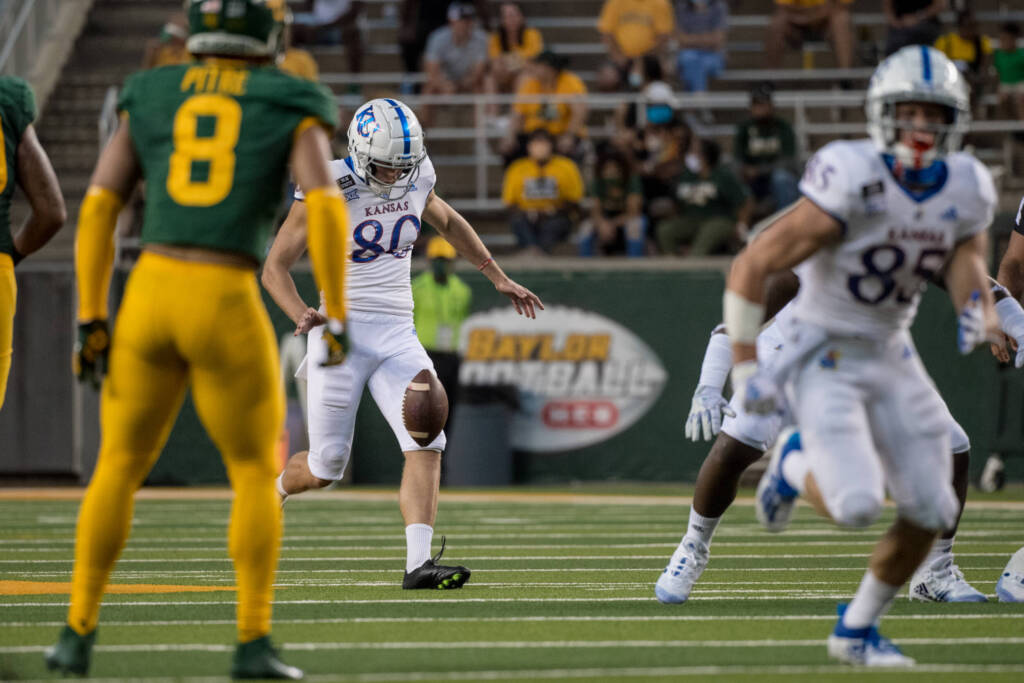 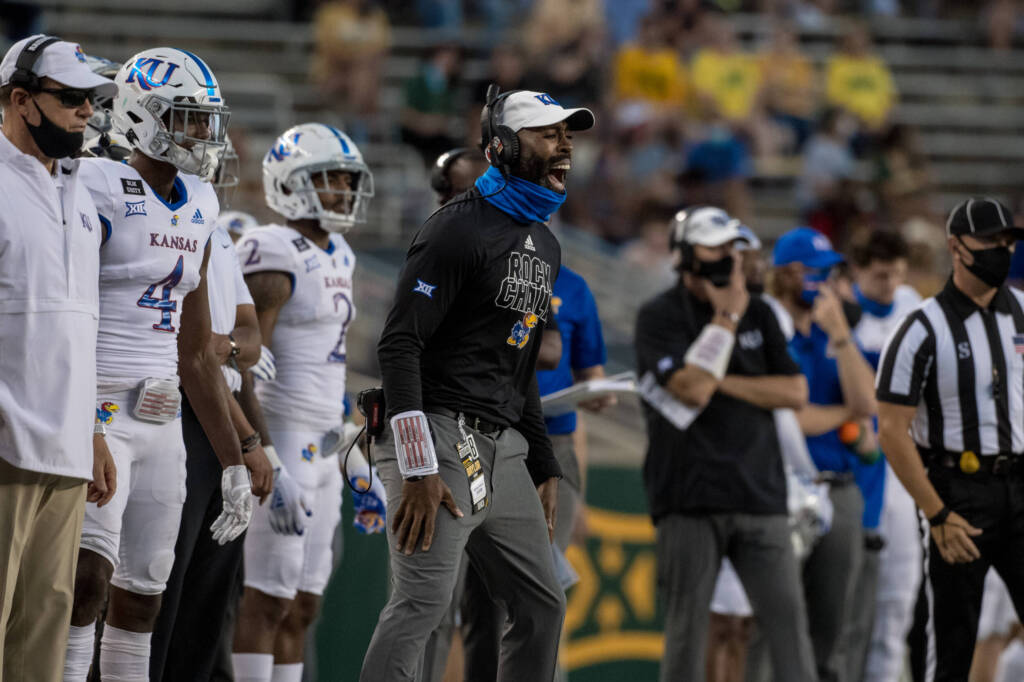 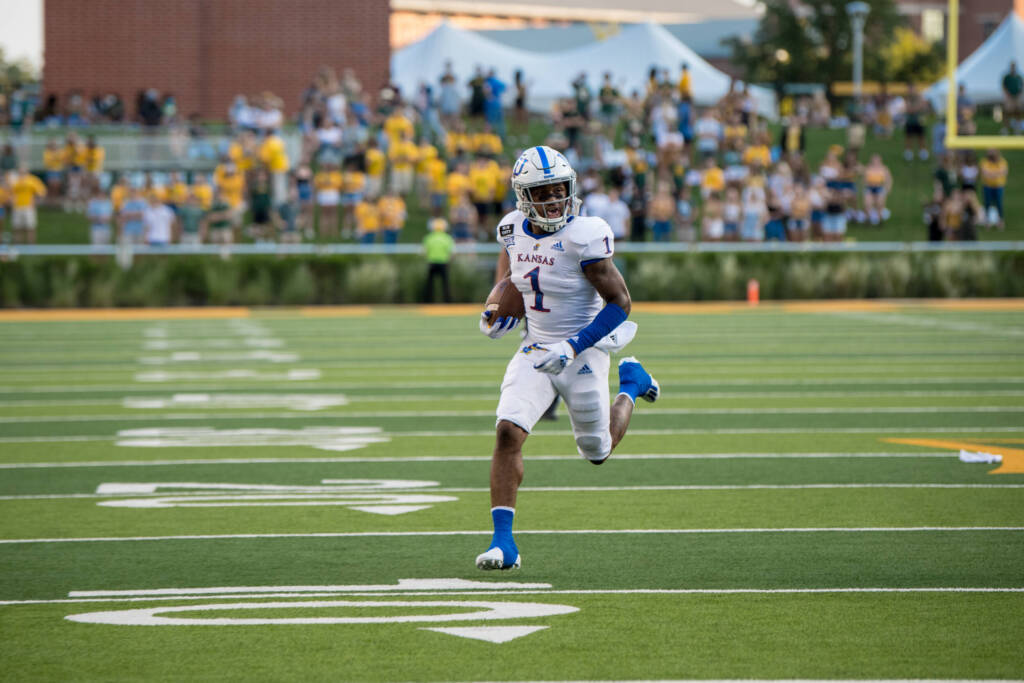 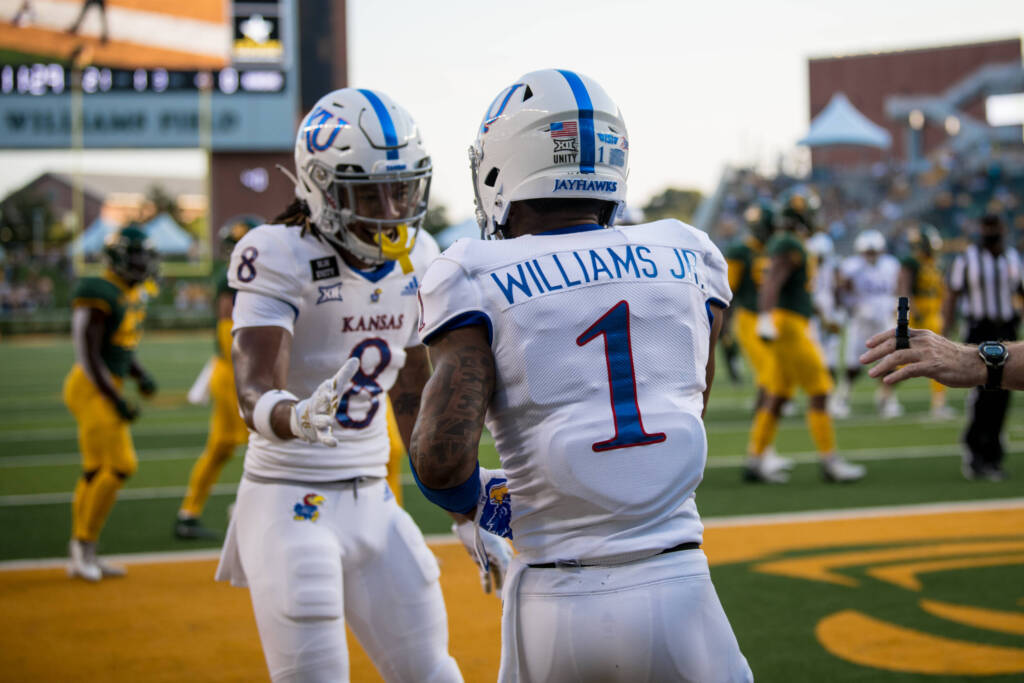 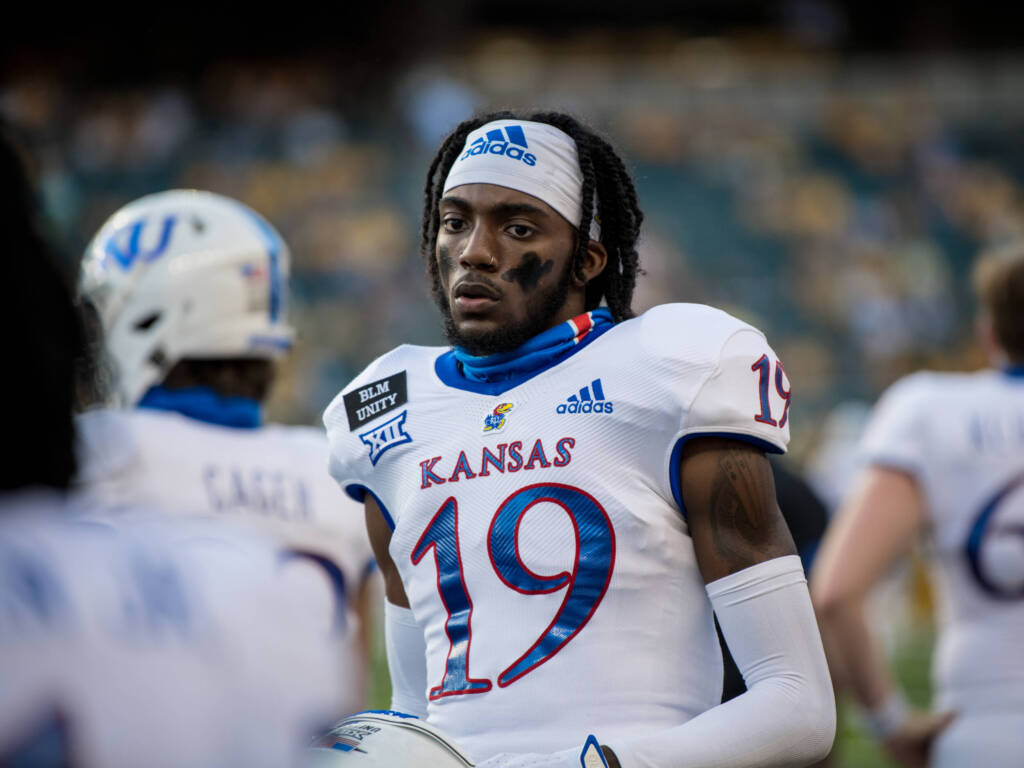 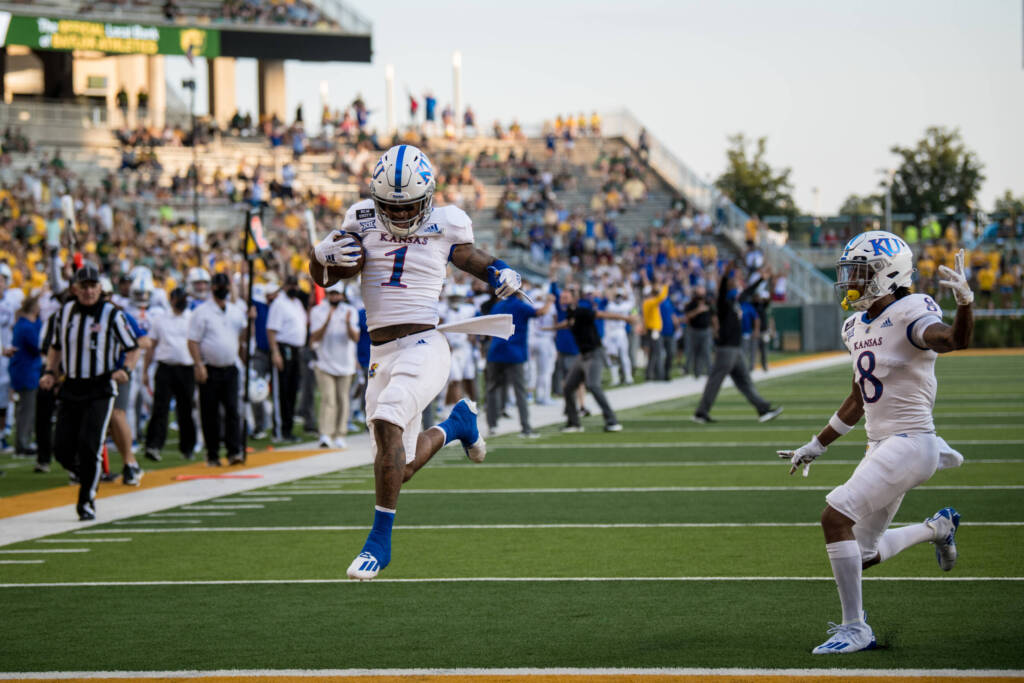 That’s how you start a game 🙌

Starting at quarterback for the Jayhawks, No. 17 Jalon Daniels pic.twitter.com/QqekYokKSc

Gearin’ up for go time in Waco 😤 pic.twitter.com/lH1jRB36Xt 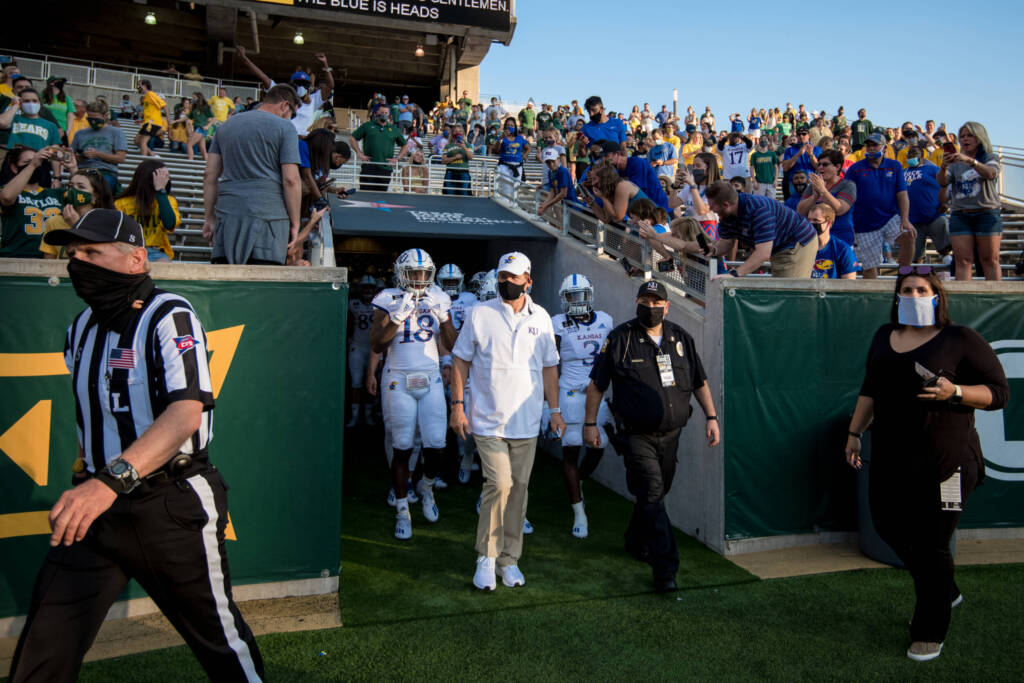 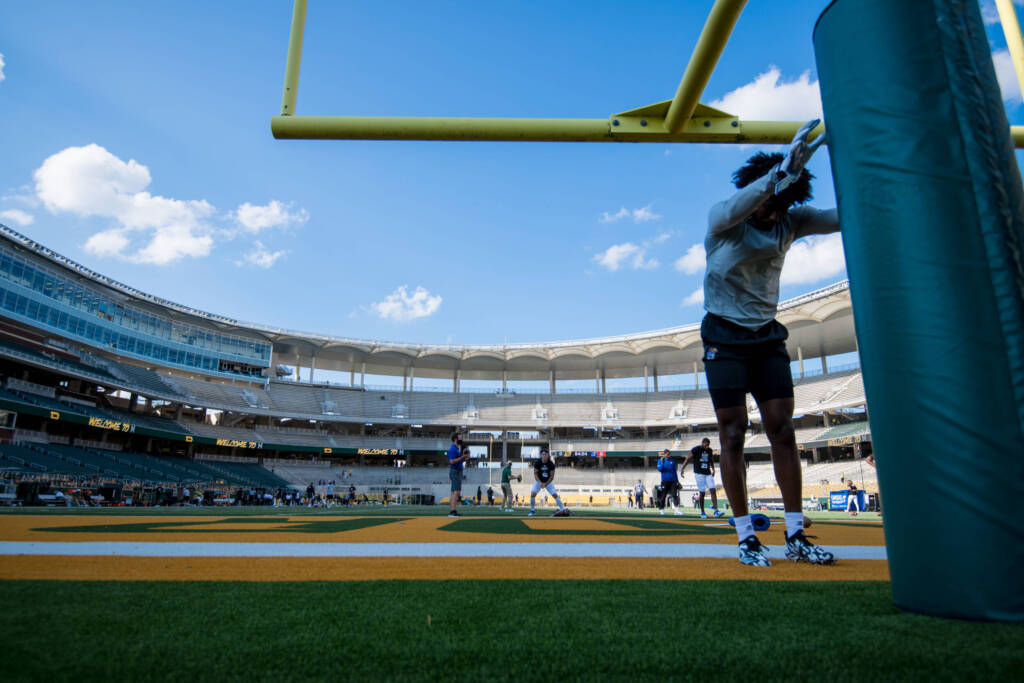 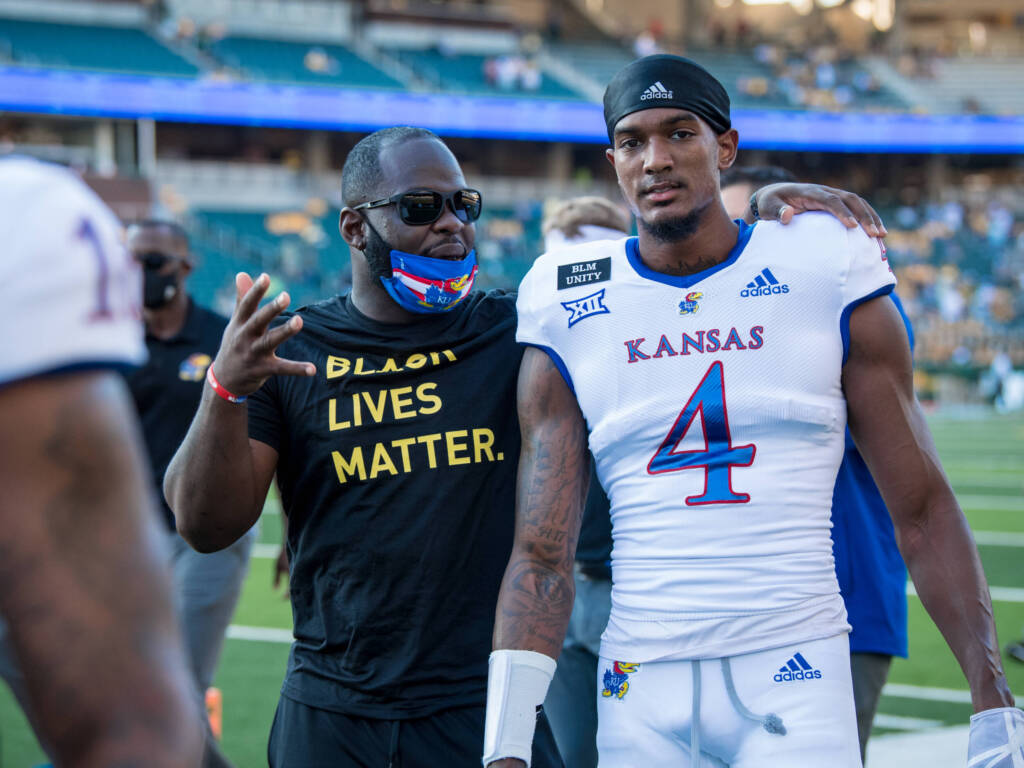 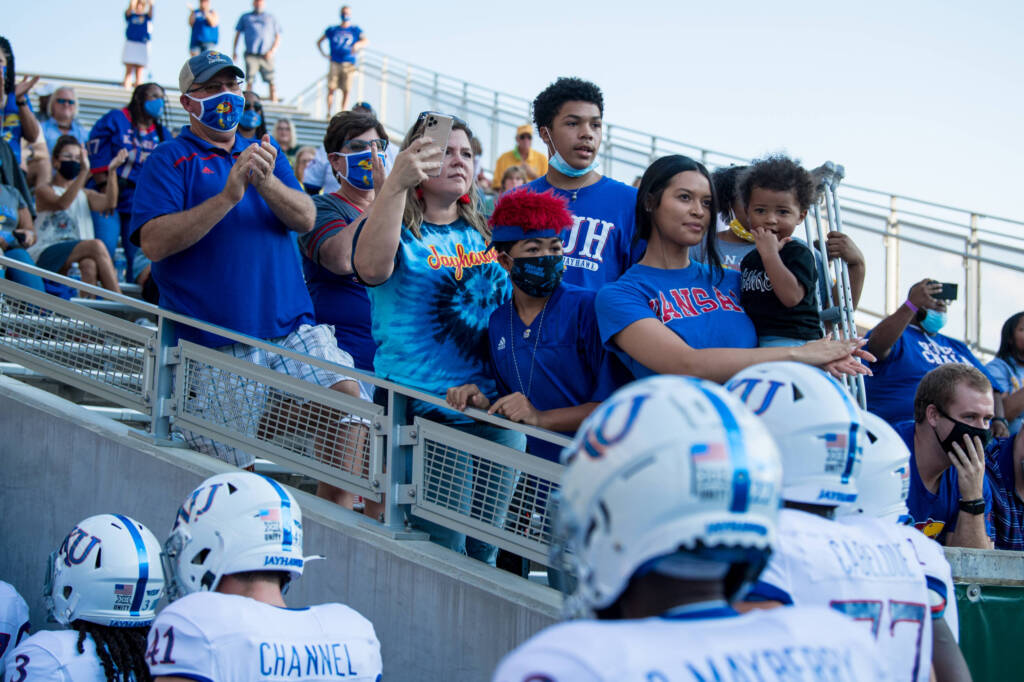 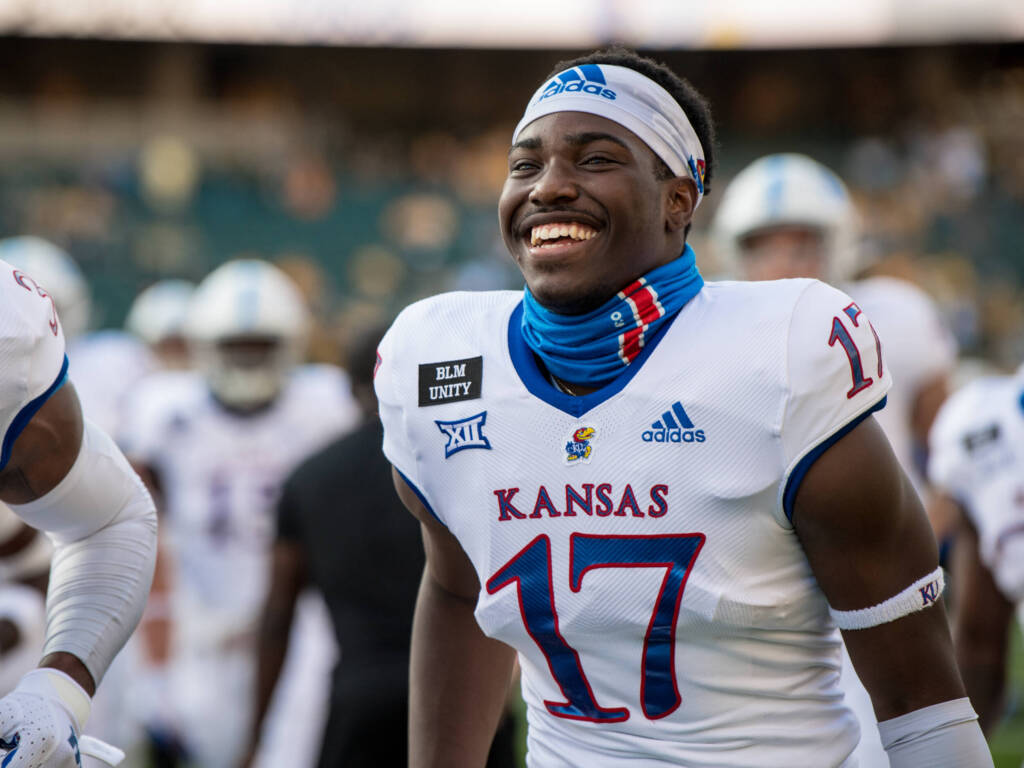 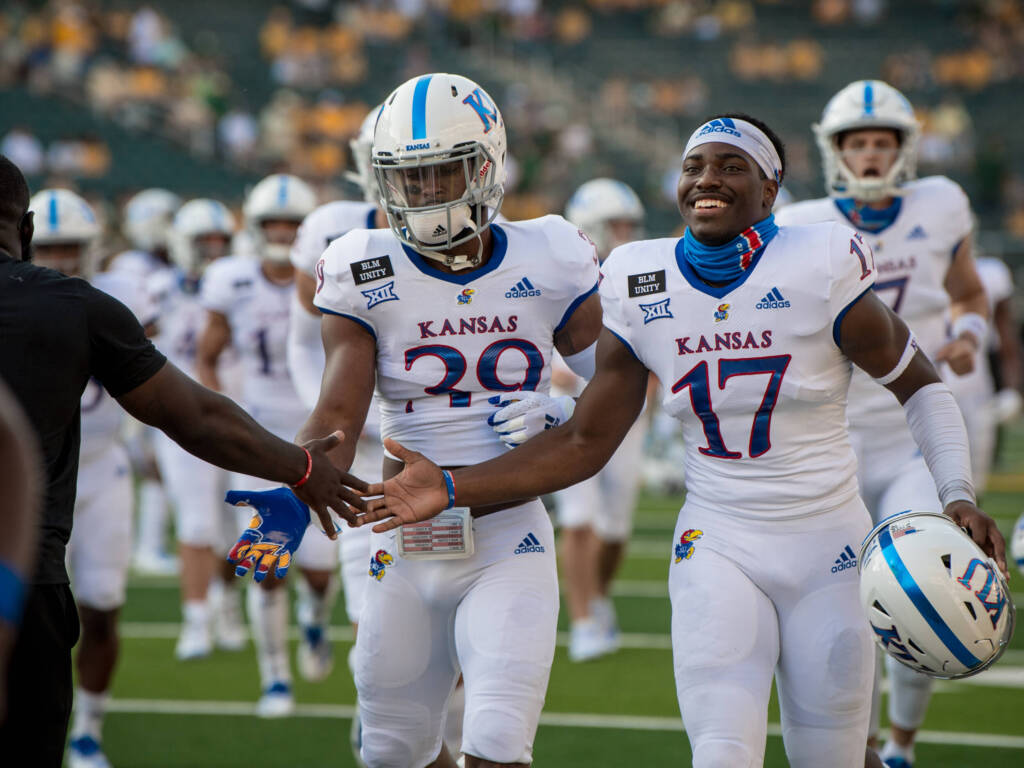 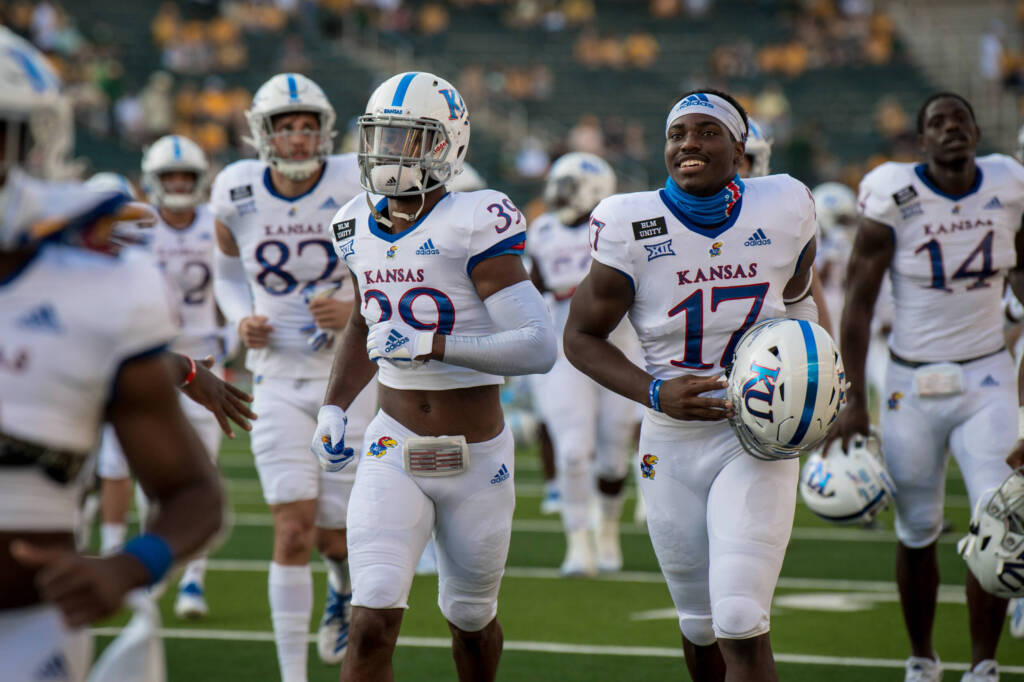 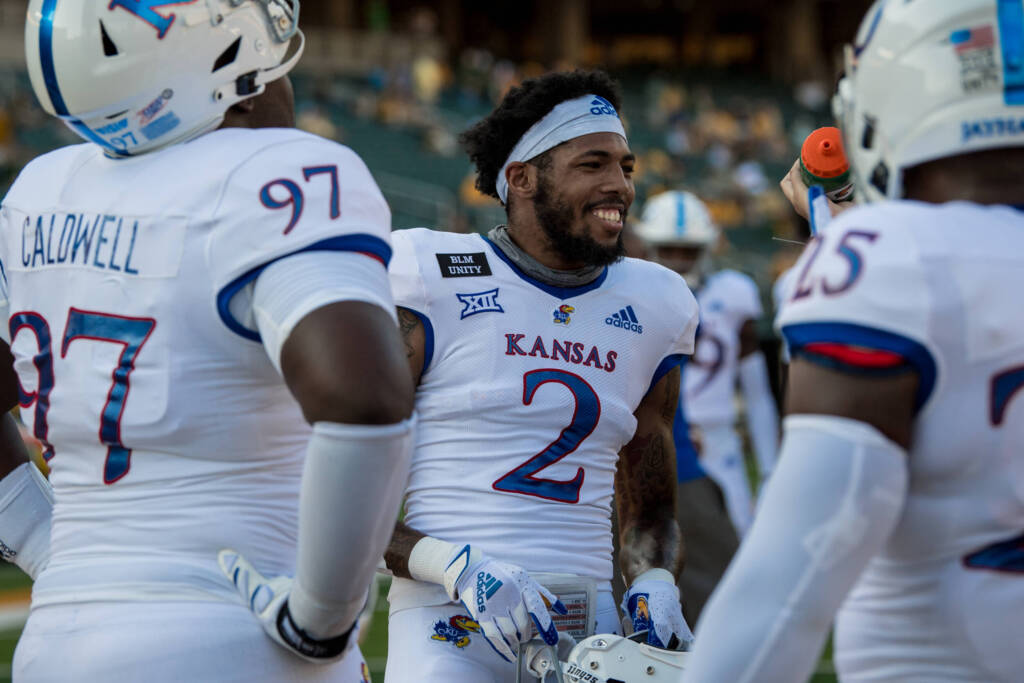 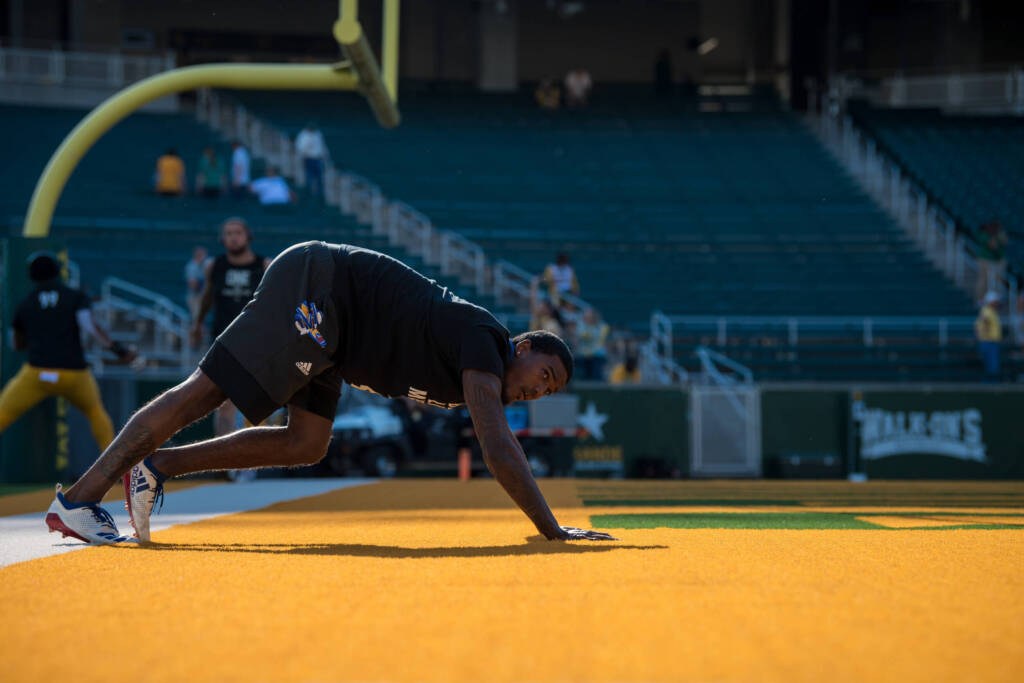 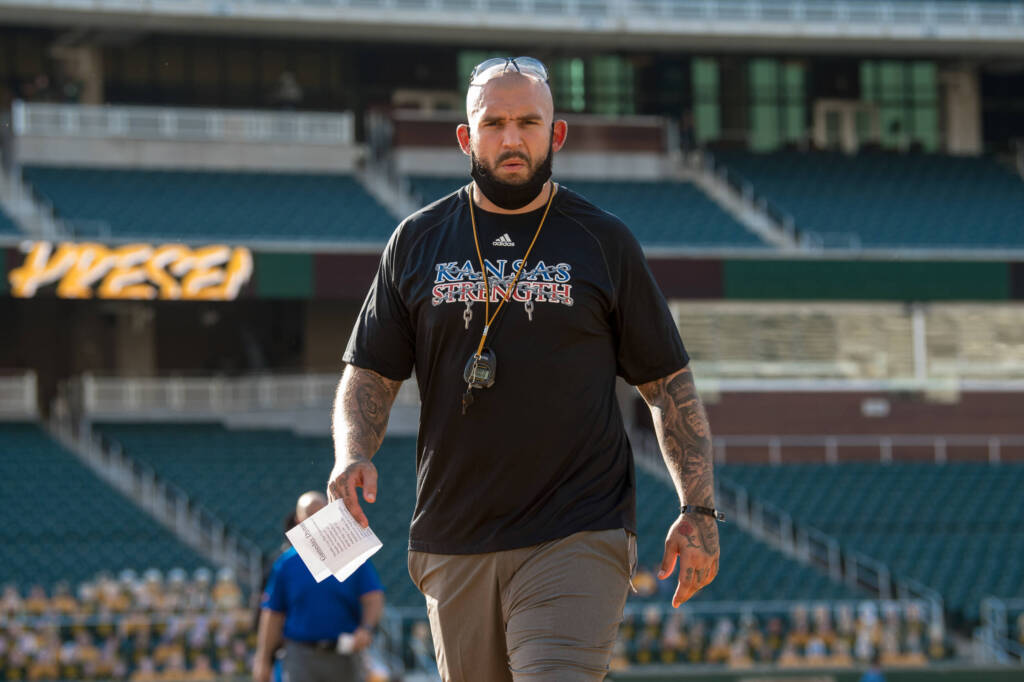 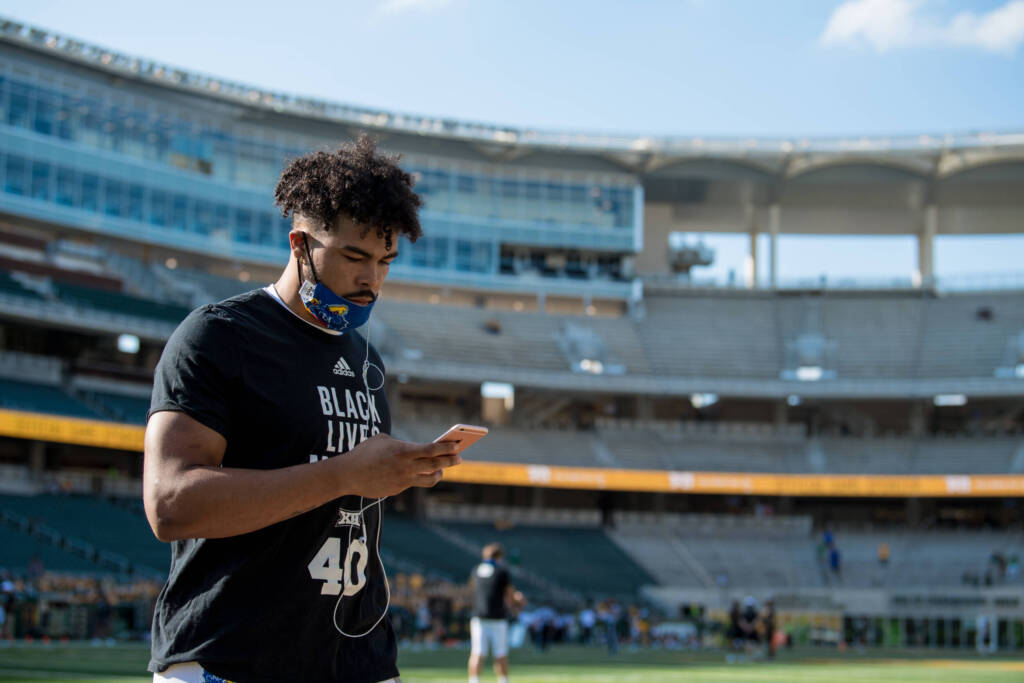 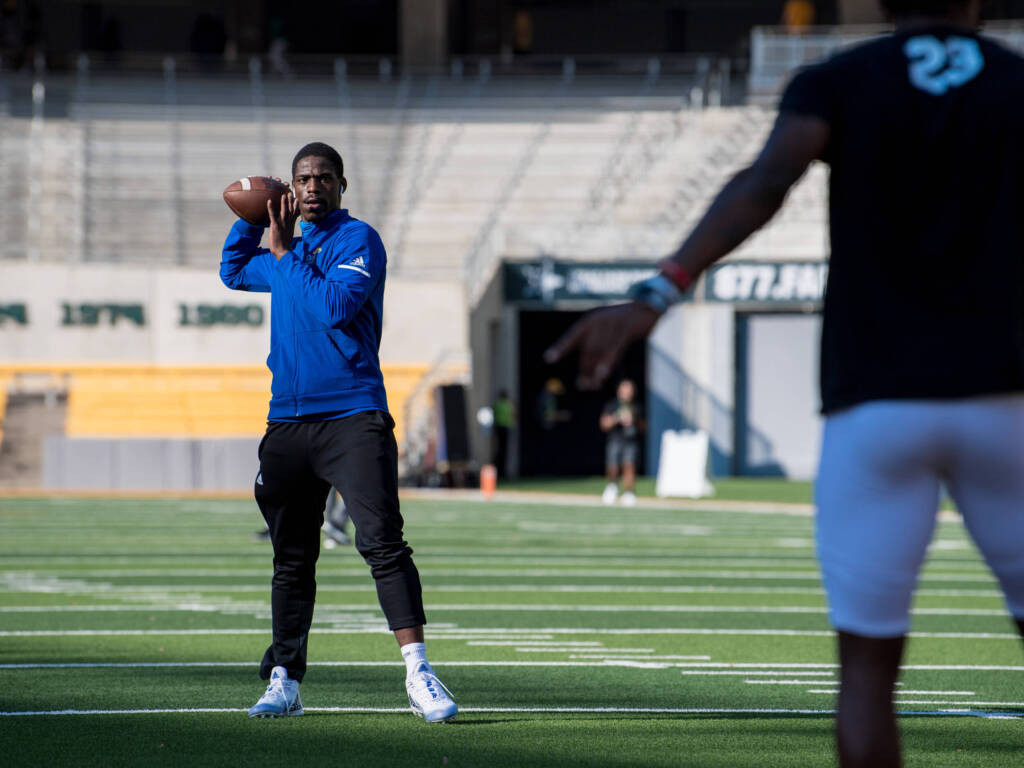 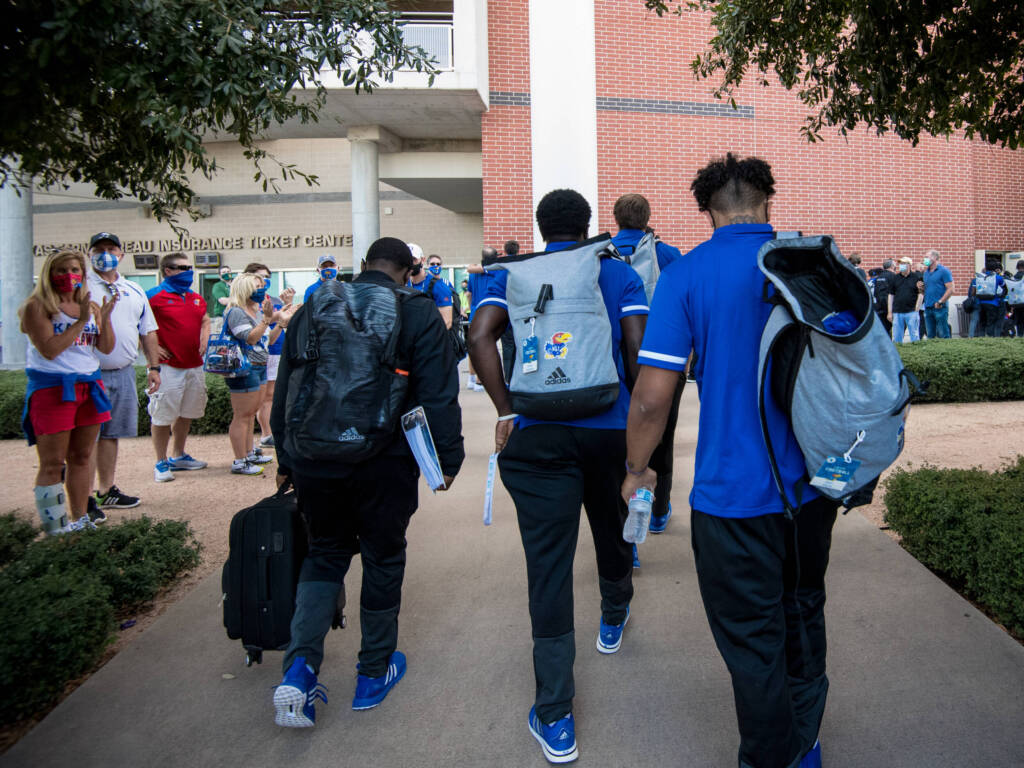 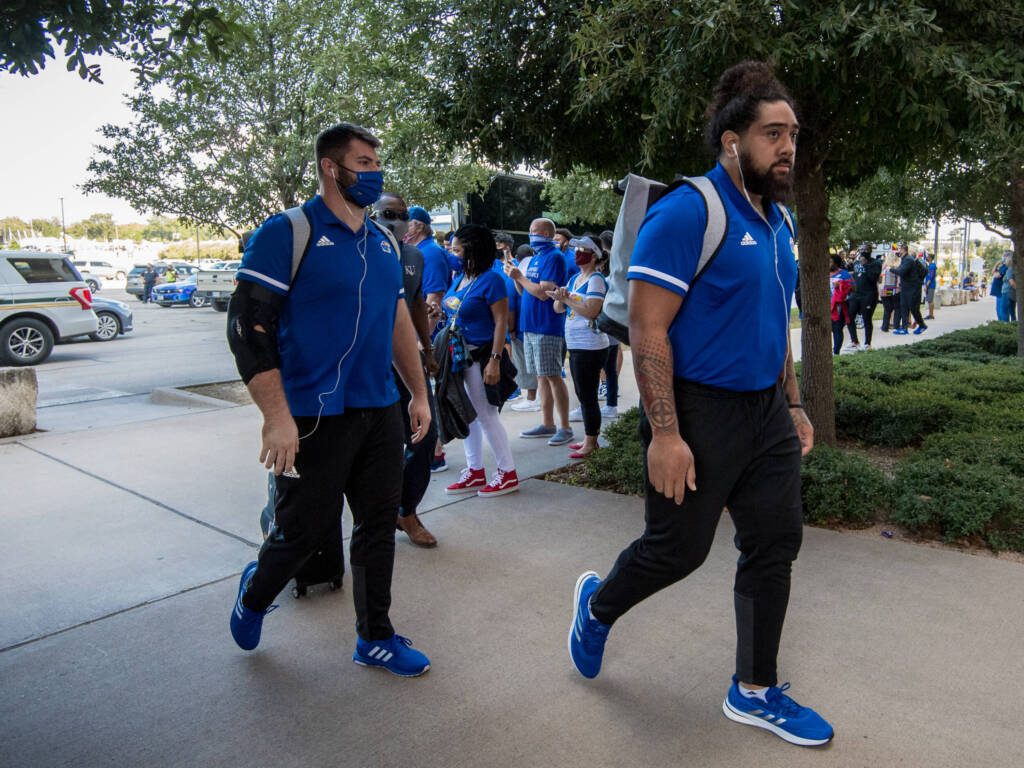