Darrell Stuckey II: It's A New Day in Lawrence

It’s a new day here at the University of Kansas.

It has only been a few days since coach Leipold arrived, but you can already feel a difference.

When he got here, one of the first things he said was: “They don’t care how much you know until they know how much you care.”

The new vision here at Kansas is about standing side by side. It’s about building those sorts of relationships that pull people in rather than pushing them away. If you stand side by side instead of across from one another, it allows you to look out together and see the same thing.

It’s a metaphor, sure, but it’s an approach that 100% resonates with me and resembles what I stand for as well.

This is our chance to build something phenomenal here at KU. It’s an opportunity for all of us to bring this shared vision to life.

I’m just so excited to be back where it all started for me. My role, it feels purposeful and like something I was destined to do.

Side by side, shoulder to shoulder, brick by brick—we will build up this program.

Kansas is home to me. My wife and I grew up here, and we both graduated from the University of Kansas. Being part of this group now means more than I can put into words.

When it comes to getting a job done, I can become a bit obsessive, especially when it’s something this close to my heart.

But over the years, I’ve learned how to use that to my advantage. Now, I get to obsess over the good things like helping to create an environment for these young men to thrive and reach their full potential. I get to work to remove the mental hindrances that keep us from being the best version of ourselves.

After my NFL career, I spent time developing and implementing a mentoring program before moving back to Lawrence and going into ministry full-time on campus here at KU. Those experiences prepared my return to football. They forged me into the man I am today.

But first, I had to pour myself out.

I had to empty my tank of who I was prior to coming back to Lawrence. I had to empty out Darrell, the football player, so I could be filled as a servant leader without the need for status to feel significant.

And there is a big difference, you know?

The CEO of Team-Building

My first impression of coach Leipold is it’s going to be different than what we’re used to seeing. He’s the type of coach that puts relationships first. I like to call him a true CEO because he empowers his staff to maximize the potential of his team. His focus is on developing them to be one unit, moving in one direction, with one goal in mind.

And in their own creative ways, he allows them to pour into our players.

If we’re all on the same page, this team is going to grow fast—very, very fast. That’s because of the launching pad that it’s on and the talent we have here.

A lot of it will also boil down to trust.

There isn’t enough time in the day to convince every player that what I say can be trusted. I want to earn that trust at KU. Most of it comes from building those relationships by really listening and paying attention.

It doesn’t take much to ask someone how they’re doing. Being observant enough to notice the small things about somebody can build up trust because they know you’re paying attention.

And when people know you’re paying attention, they start to know you care. It all comes full-circle back to coach Leipold’s quote. “They don’t care how much you know until they know how much you care.”

If we emphasize those points, our players know we’re here for the right reasons and can unlock everyone’s full potential.

Now, I’m just beyond excited for this new chapter to get underway. My family is all here and settled permanently in Lawrence, and we’re in this thing for the long haul.

I want to provide an opportunity in a productive and fun environment for everyone to succeed. It’s all about getting on the same page now, understanding responsibilities, and developing this program.

To conclude this story, I’d like to leave you with a few thoughts that I wanted to share with you.

“In 1861, August 24, Charles R. Jennison sent out a message to all who were willing to volunteer to stand side by side to defend Kansas. That group was known as the Jayhawkers. It is because of their sacrifice we have our name, the Jayhawks. A symbol of freedom, resilience, and an image of conquerors who sacrificed for the benefit of others.

But today, May 4, 2021, 160 years later, I sent a message out to you—not for war, but in welcoming someone who is committed to building upon that very foundation that was set by us—a foundation of limestone that runs deep into the hills of the Campanile. But no one can build upon the foundation unless it’s in line with the integrity in which it was originally built.

So our young Jayhawks need you to join them in our quest with coach Leipold.”

Side by side, shoulder by shoulder, and brick by brick. 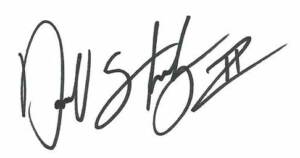 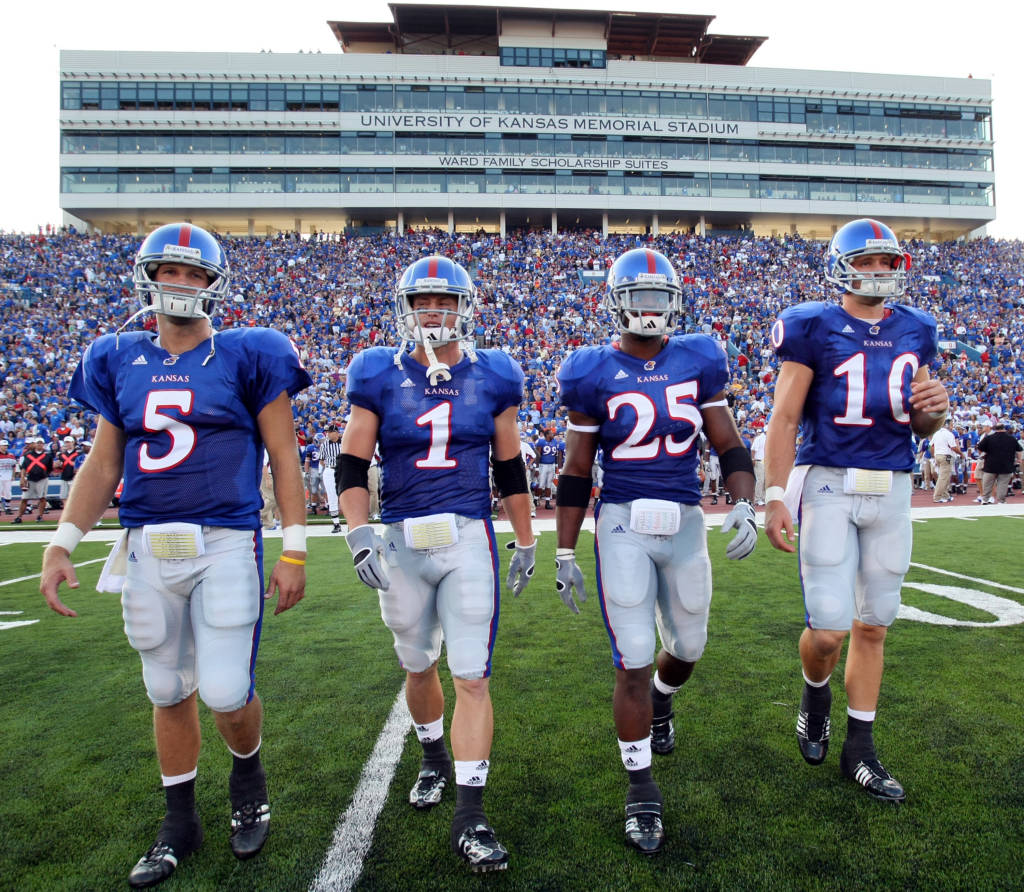