LAWRENCE, Kan. –  John Halpin was honored this past weekend at KU’s final home game of the season for being a dedicated fan, attending every Jayhawk home football game for the past 50 years, dating back to 1969. Halpin and his family were welcomed to take the field to be recognized during the second quarter of Saturday’s game against Baylor.

While he never played football himself, his dad, a former KU football player, made sure to pass on his love for the game, “My dad was a part-time football player for KU in the 40’s and he brainwashed me,” Halpin said. Growing up in Missouri, Halpin recalls listening to KU football games on the radio.

“Physical attendance at the game was never necessary growing up, however showing support for the Jayhawks was always a priority,” Halpin recalled. “(Growing up) we didn’t come to many games, we would sit around in the living room on the floor listening to the games. Back then, they weren’t on TV. But, yeah, that’s where it all started.”

It was in those moments, sitting on the living room floor, that Halpin realized he wanted to be a part of the magic, and when the time came to choose a college, Halpin knew KU was where he wanted to be.

During his four years as a student at KU, Halpin regularly attended football games at David Booth Kansas Memorial Stadium, building a tradition that has since continued, even after graduation.

Through his 50 seasons of Jayhawk football, Halpin has experienced too many memorable games to pick a favorite, though several games, in particular, came to mind.

“I’ve seen a lot of losses, but I’ve seen some really good wins,” Halpin said. “I would say both of the Nebraska games back in 2005 and 2007. The K-State game in 2004. We beat some really good top ten teams early in the 70’s. Texas A&M, UCLA, Oklahoma was either a number one or two seed and they came here and we beat them.”

Through the ups and downs, Halpin has proved that being a Jayhawk is all about dedication, determination and passion, not missing a game over the last 50 seasons.

Halpin was also able to reflect on the impact that KU football has made throughout his life and the changes he’s noticed from season to season, saying that “It’s funny, back when I was in grade school, we’d lose a game and I’d cry, now I’m 67 years old and I cry when we win, so it’s changed, I guess.” 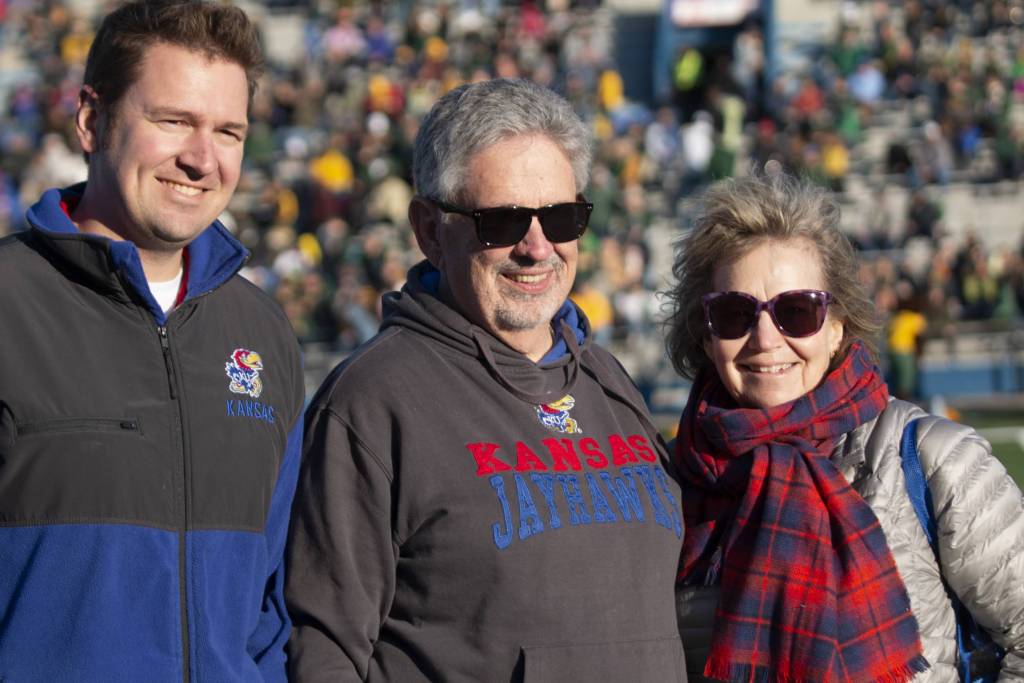