Jayhawk Insider: Something to Prove

In a game where Kansas lead by as many as 13 points, the Jayhawks slowly saw their lead start to diminish and eventually found themselves down by one point with under five minutes remaining. The circumstances were dire and Kansas needed someone to step up and make a play.

A trio of Jayhawks stepped up to the challenge and brought Kansas back to life, sealing the first victory of the season for KU and new head coach Les Miles.

With less than three minutes remaining in the contest, senior quarterback Carter Stanley knew he had to make a play for his team and the pieces of the play had to be executed just like they had practiced.

Stanley threw a 22-yard laser down the field, into the outstretched arms of senior wide receiver Daylon Charlot. As he fell to the ground inside of the end zone and out of the way of the Indiana State defender, Charlot rose with the ball still clutched in his hand and suddenly Kansas was back on top. 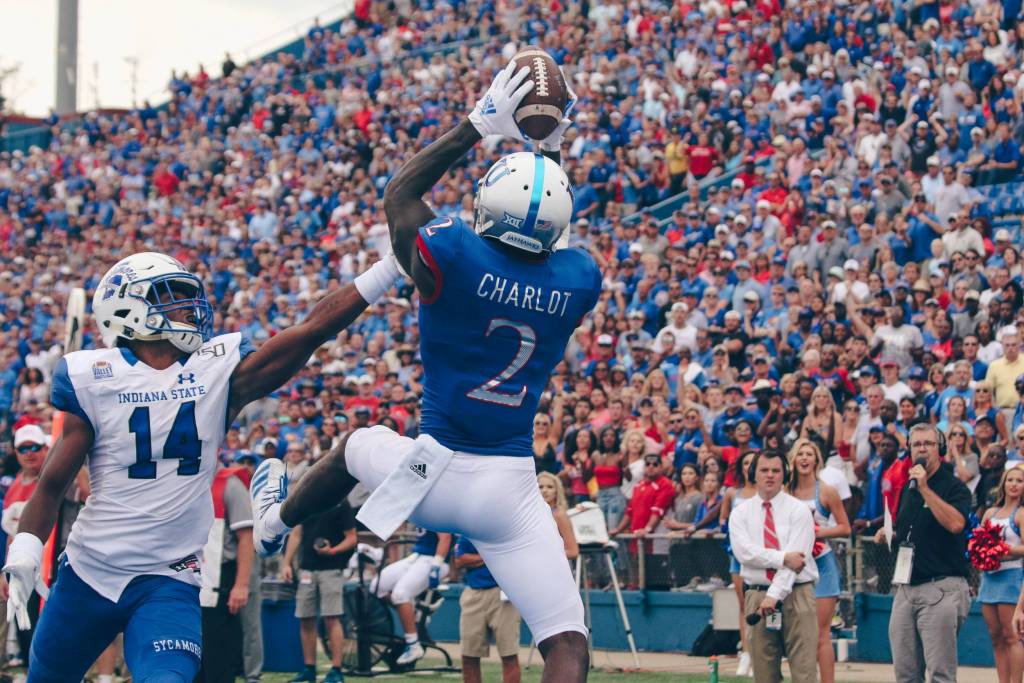 “I knew we had to get down there and score,” said Stanley. “I’m thankful for these coaches, we work (the) two-minute drill all the time, fall camp leading up to that. We did some of our favorite plays in there. (The) O-line did a great job of protecting, receivers did a great job of getting open and we pulled it off.”

Instead of opting for the extra point, Miles decided to go for the two-point conversion. If executed correctly, the play would put Kansas up by seven points with a little over two minutes remaining in the game.

The play was set and Miles had a plan, the same plan that the Jayhawks had practiced time and time again when preparing to face Indiana State.

Upon taking the snap, Stanley handed the ball off to junior wide receiver Andrew Parchment. Parchment then used his elusiveness to shake off his defender and throw a floating pass to open junior tight end Jack Luavasa in the end zone.

Parchment came up big for Kansas in his debut as a Jayhawk, recording 121 receiving yards and always being there when his quarterback needed something to happen.

“It’s that Florida connection,” Parchment said of his relationship with Stanley. “He is from Vero Beach and I am from South Florida. I always tell Carter that whenever he is in trouble, he can count on me. He can throw it to me and I will try to make a play for him.”

After transferring twice before finally landing at KU, Parchment’s journey has had more than its fair share of bumps in the road. He called his college playing experience as a “roller coaster” and expressed his thankfulness to Miles for taking a chance on him.

“This morning it was crazy talking to my mom on the phone about everything I’ve been through,” Parchment said. “This is my third school, and I am just happy and blessed to be in this position with great coaches and great players. I feel like this was made for me so I am very happy about that.”

The play had been practiced the entire week in preparation for the battle with the Sycamores, and the importance of his position had been drilled into Parchment.

“Coach (Emmett) Jones was telling us this whole week that it was going to come down to the receivers,” said Parchment. “The receivers need to make big plays when the offense is struggling and that’s what we did today. I think we (the receivers) are made for this. Coach Jones changed our mentality coming in in the spring and I feel like we are ready to take on anything. He got our mindset ready when we came in the spring to have that dog mentality, to know that when the team needs us, we need to show up big.”

Parchment showed every bit of that dog mentality with his performance Saturday, crediting his head coach for letting him make decisions based on what he sees is going on around the field.

“Coming out of the final timeout, I looked at Coach Miles and told him I wanted to run the play,” said Parchment. “He trusted me and I was ready for it. I have a really good relationship with Coach Miles, so if I see something on the field that I want to take advantage of, or see something for somebody else, he will listen. He is a player’s coach and I’m happy it turned out the way it did.”

Saturday’s contest was a test for this new Jayhawk squad; with a new head coach and many new transfers and freshmen on the team, the outcome of the game was going to be a defining moment in the young season. Parchment knew the stakes were high for him and his team, and he went out and made a big play when it mattered. 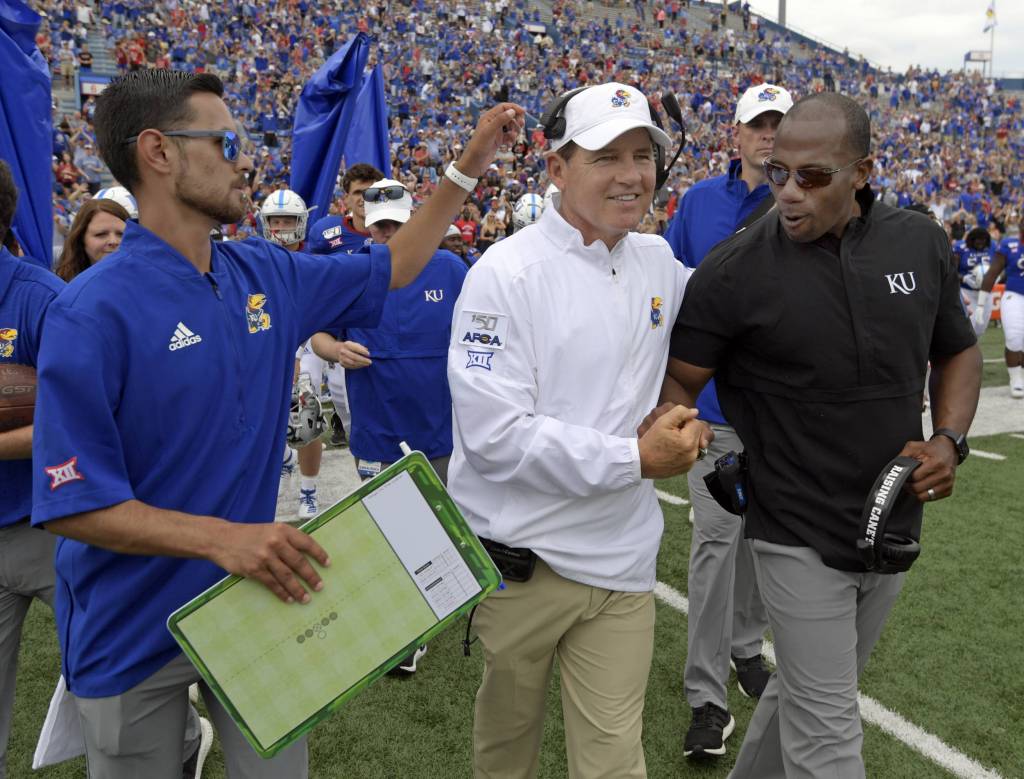