Jayhawks in the NFL: Week 13

LAWRENCE, Kan. — Week 13 of Jayhawks in the NFL features a Thanksgiving showdown, featuring Dorance Armstrong Jr., and the Dallas Cowboys, as well as two games on Sunday and a Monday Night Football game between Bradley McDougald and the Seattle Seahawks and the Minnesota Vikings.

Armstrong and the Cowboys kick off the second game of Thanksgiving action on Thursday at 3:30 p.m., when they take on the Buffalo Bills. The Cowboys vs. Bills is one of three games to be played on Thursday, including the Chicago Bears at Detroit Lions at 11:30 a.m., and New Orleans Saints at Atlanta Falcons at 7:20 p.m.

Jayhawks in the NFL then continues on Sunday with Steven Sims Jr., and the Washington Redskins taking on the Carolina Panthers at 12 p.m., followed by the Los Angeles Chargers taking on Chris Harris Jr., and Shakial Taylor of the Denver Broncos at 3:25 p.m. McDougald and the Seahawks then enter a primetime matchup against the Minnesota Vikings on Monday Night Football at 7:15 p.m.

To stay up to date with more Jayhawks in the NFL, click here.

Dorance Armstrong Jr., and the Dallas Cowboys play in the second Thanksgiving game on Thursday, as they take on the AFC East’s Buffalo Bills. The Cowboys are coming off a loss against the New England Patriots a week ago, where he assisted on one tackle. So far this season, Armstrong has combined for 10 tackles and 2.0 sacks, including a forced fumble that was returned for a touchdown against the New York Giants in week seven. The Cowboys and Armstrong look to bounce back on Thursday and improve to a 6-5 record.

Last week’s NFC Special Teams Player of the Week, Steven Sims Jr., and the Washington Redskins take on the Carolina Panthers on Sunday at 12 p.m. Sims Jr., who leads the NFL in return yards this season with 666, returned his first career kick return for a touchdown last week against the Detroit Lions. The touchdown was the second of Sims’ standout rookie season, as he previously scored a rushing touchdown against the New England Patriots in week eight. So far this season, Sims has also hauled in 11 receptions for 51 yards, while he has landed a spot on the 2020 NFL Pro Bowl Ballot. 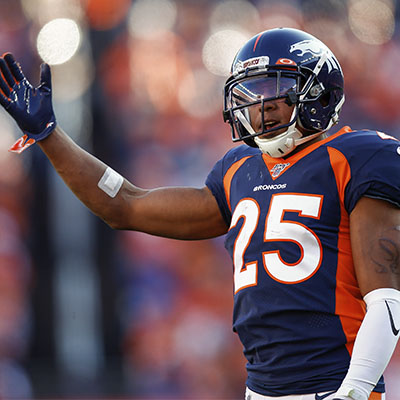 After being waived by the Indianapolis Colts, Shakial Taylor was quickly claimed by the Denver Broncos on Thursday, joining Jayhawk Chris Harris Jr., in the Broncos’ secondary. Harris and Taylor take on conference foe Los Angeles on Sunday in Denver. Taylor provided a steady role for the Indianapolis Colts during his time in Indy, playing in five games. Harris recently landed on the 2020 NFL Pro Bowl Ballot, playing in 11 games and intercepting one pass this season, which was the 20th interception of his career. Both Harris and Taylor look to take down the Chargers on Sunday in their first game together in the Broncos’ secondary.

Bradley McDougald and the Seattle Seahawks take on the Minnesota Vikings in week 13’s Monday Night Football game, in what will be an intriguing matchup between 9-2 Seahawks and the 8-3 Vikings. Last week against the Philadelphia Eagles, McDougald captured his second interception of the season, jumping in front of a pass from Carson Wentz in the second quarter. McDougald has had a solid season for the Seahawks, earning a spot on the 2020 NFL Pro Bowl Ballot.