LAWRENCE, Kan.– Dan Beckler has joined the Jayhawks as the Associate Athletic Director for Public Relations announced the Kansas Athletic Department on Monday.

Beckler, a Wichita native, comes to Lawrence after nine seasons with the San Francisco 49ers where he served in several capacities in the franchise’s public relations department before being promoted to the Director of Football Communications in 2016. In that role, Beckler developed public relations plans, strategies and campaigns to enhance the brand of the San Francisco 49ers, Levi’s Stadium, players, coaches and team employees. On two occasions during his time in the Bay Area, the 49ers PR staff was a finalist for the Pete Rozelle Award, given annually to the NFL public relations staff that consistently strives for excellence in its dealings and relationships with the media.

“After an extensive search, we are pleased to welcome Dan Beckler back to his home state and into the Kansas Jayhawk athletic department,” said Jeff Long, Director of Athletics. 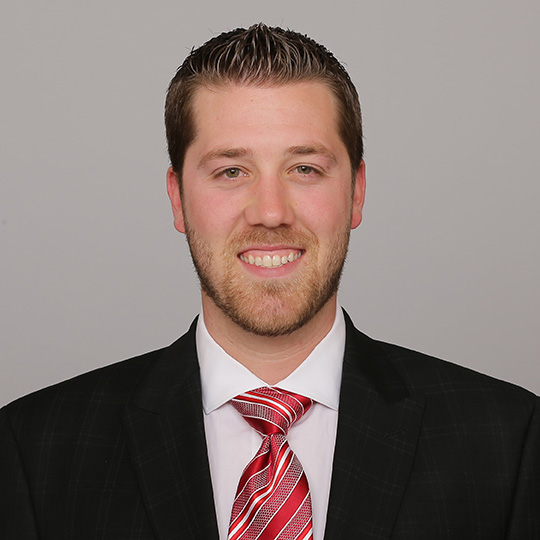 “Dan is a seasoned public relations veteran with experience at the highest level of professional sports. We knew it would be very difficult to fill the shoes of Jim Marchiony, but believe we have succeeded and found a professional that will engage the media, community and fan base in a forward thinking and positive manner.”

In his decade of NFL experience, Beckler has worked three NFC Championship Games, two Super Bowls and one Pro Bowl. He has regularly engaged with the national television broadcast crews for FOX Sports, CBS Sports, ESPN’s Monday Night Football and NBC’s Sunday Night Football. In 2016, he also helped successfully promote former NFL wide receiver, Anquan Boldin, who was the recipient of the 2016 Walter Payton NFL Man of the Year Award, which recognizes an NFL player for his excellence on and off the field.

“I would like to thank Jeff as well as Chris Freet for entrusting me with this once in a lifetime opportunity to work for such a prestigious athletics department and globally recognized brand,” said Beckler. “Being a Kansas native, my family and I are grateful to return to our home state and look forward to getting involved in this community. It is an exciting time to be a Jayhawk and I am thrilled about the future of Kansas Athletics. Rock Chalk!”

Prior to the 49ers, Beckler worked with the Tennessee Titans (2009-10) and ESPN Wide World of Sports (2008-09), which included managing the publicity efforts of various events including Tampa Bay Buccaneers training camp, ESPN College Football Awards Show and the Old Spice Classic college basketball tournament. He also worked for the Orlando Magic as well as the Wichita Wranglers, the former double-A affiliate of the Kansas City Royals. Beckler has two degrees from Wichita State University, a Bachelor’s in Sports Administration and a Master’s of Education in Sports Management.

Beckler is married with three children and will begin with the Jayhawks on Sept. 16. He is filling the role previously held by the recently retired Jim Marchiony.