🏈 No. 19 Kansas to Host No. 17 TCU with National Spotlight on Lawrence

LAWRENCE, Kan. – Ranked in the AP Top 25 for the first time since 2009, the No. 19 Kansas Jayhawks will host the No. 17 TCU Horned Frogs on Saturday, October 8 at 11 a.m. CT at David Booth Kansas Memorial Stadium. The game will be broadcast by FS1 with Jason Benetti (Play-by-Play) Brock Huard (Analyst) and Allison Williams (sideline) on the call.

Saturday’s Big 12 Conference matchup will be the first game in Lawrence to feature two Top 20 teams since Oct. 25, 2008, when No. 19 Kansas hosted No. 8 Texas Tech. With two top-25 teams in Lawrence, ESPN’s College GameDay will be on hand to broadcast its show from the Kansas campus for the first time in the show’s history.

Meanwhile, the Kansas defense is coming off its best performance of the season in the 14-11 win against Iowa State. The 11 points allowed were the fewest against a conference opponent since topping Iowa State 45-7 in 2007. The Jayhawks held Iowa State to just 26 rushing yards, which was also the lowest output by a Jayhawk opponent since UTEP rushed for four yards in 2009. 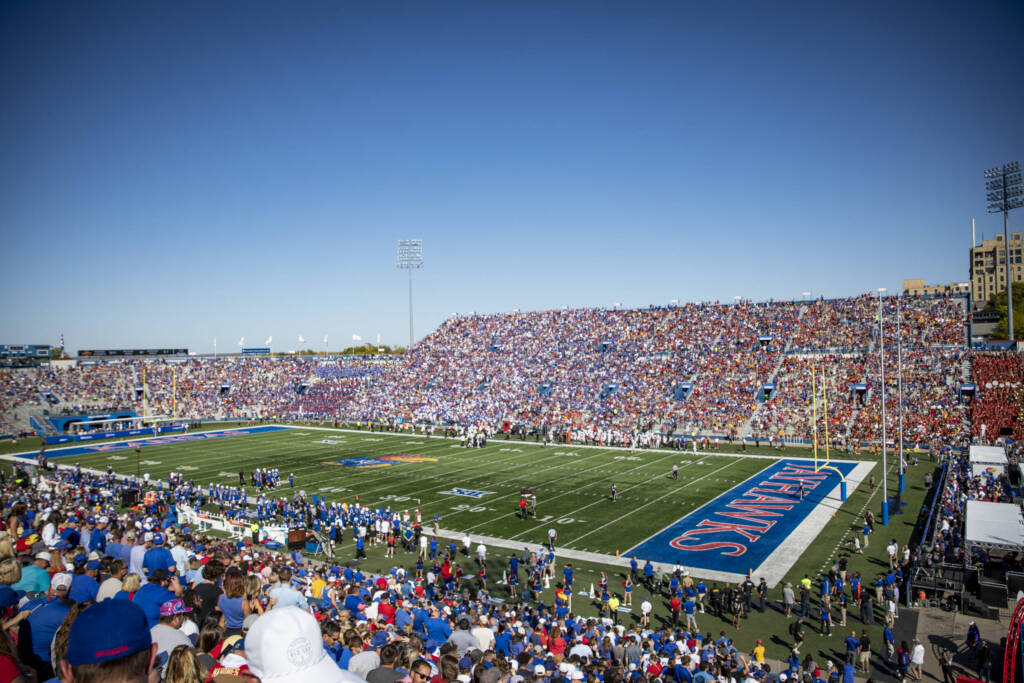 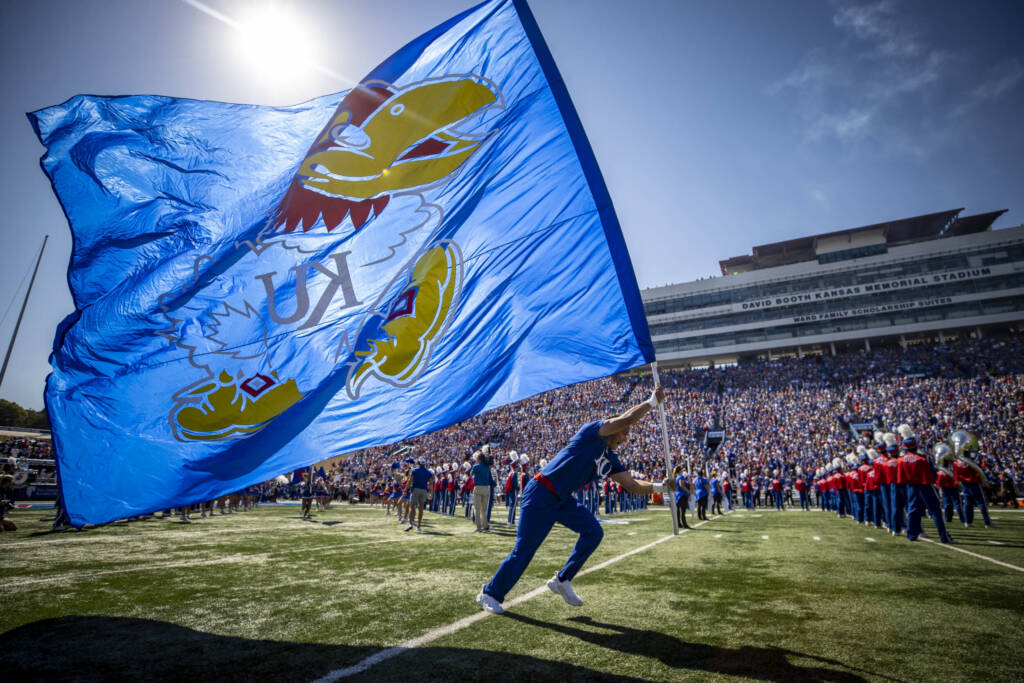 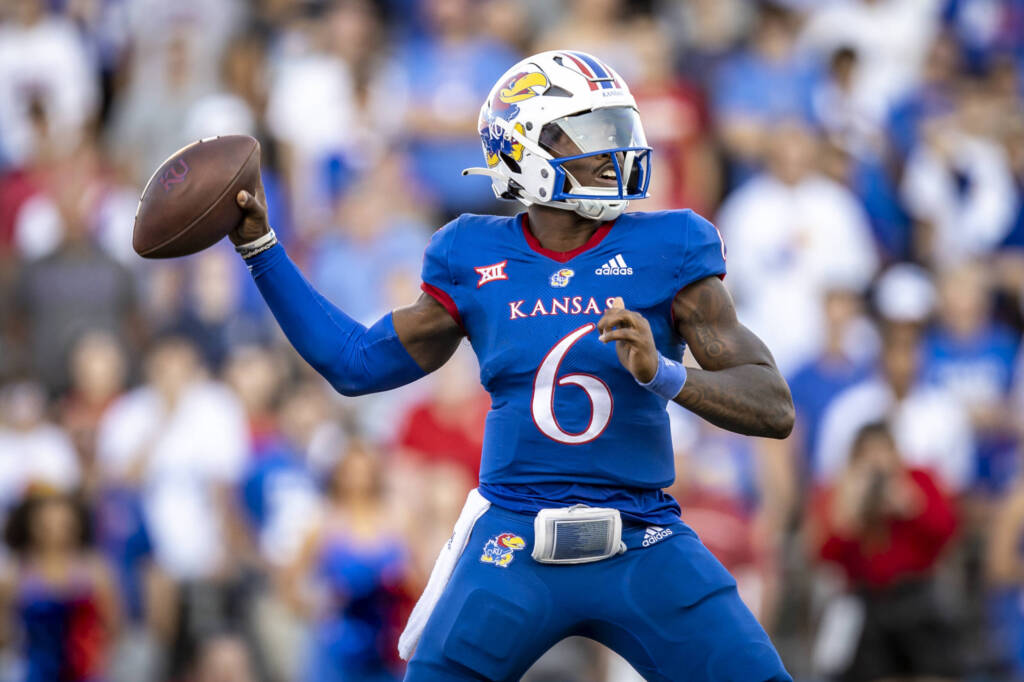 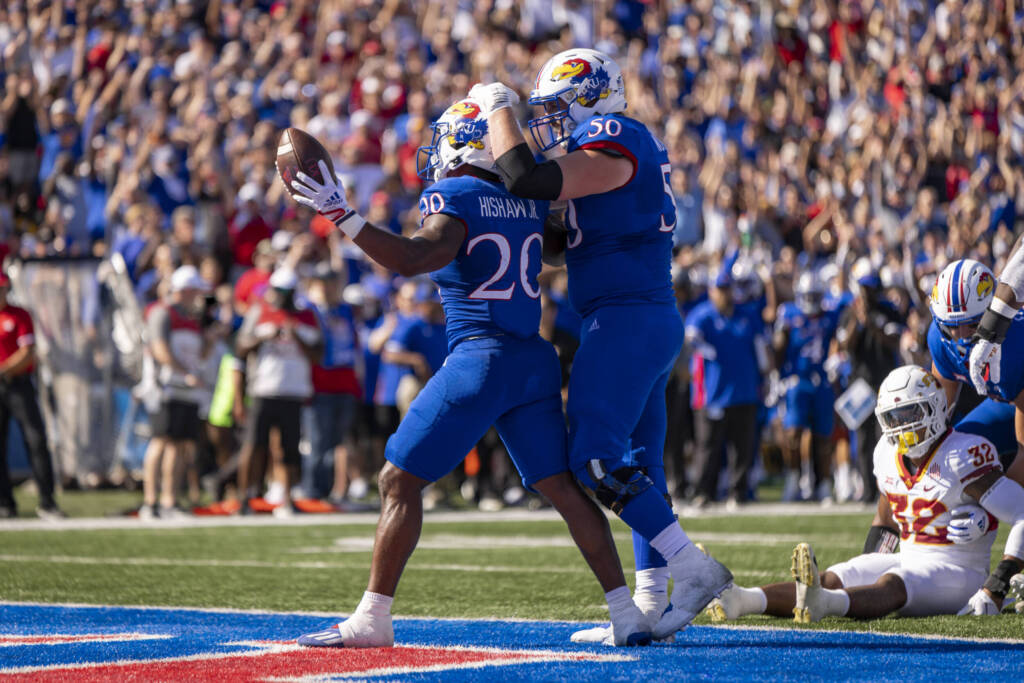 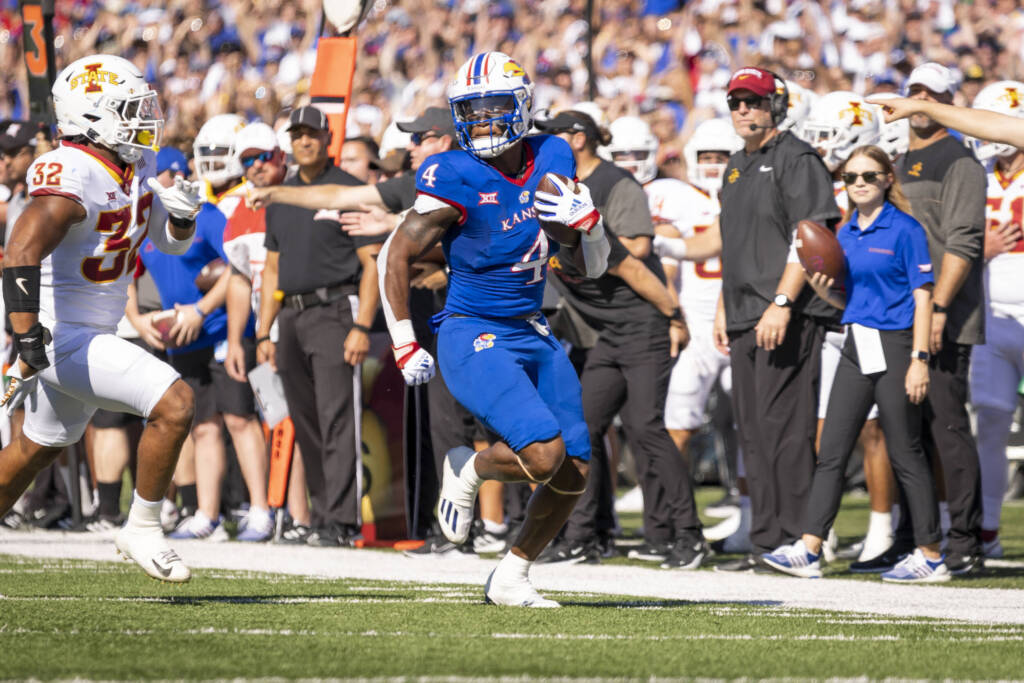 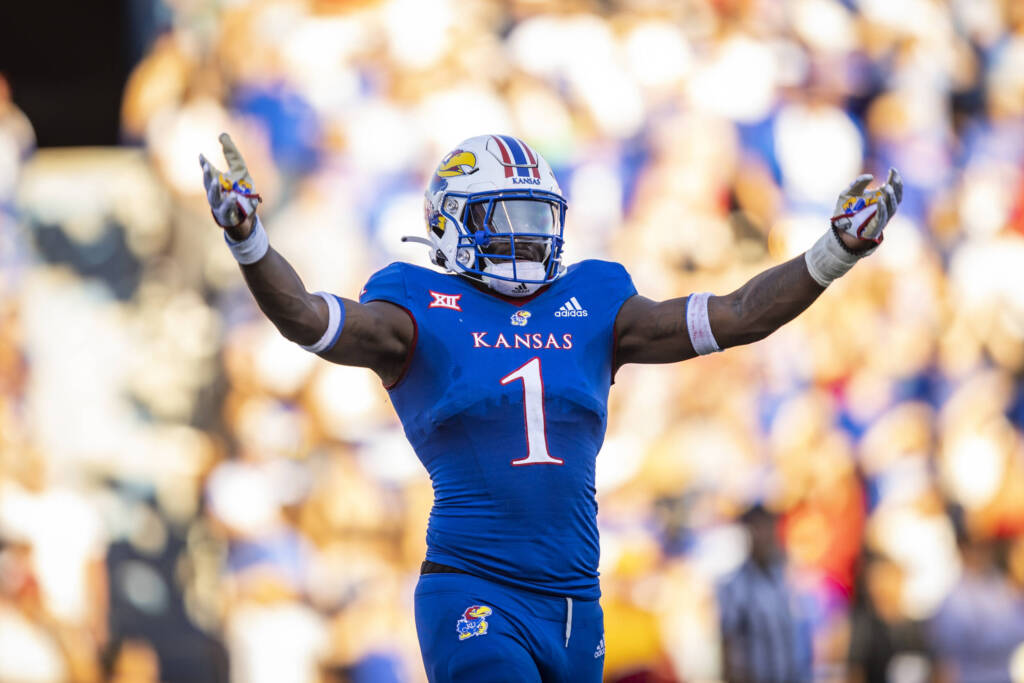 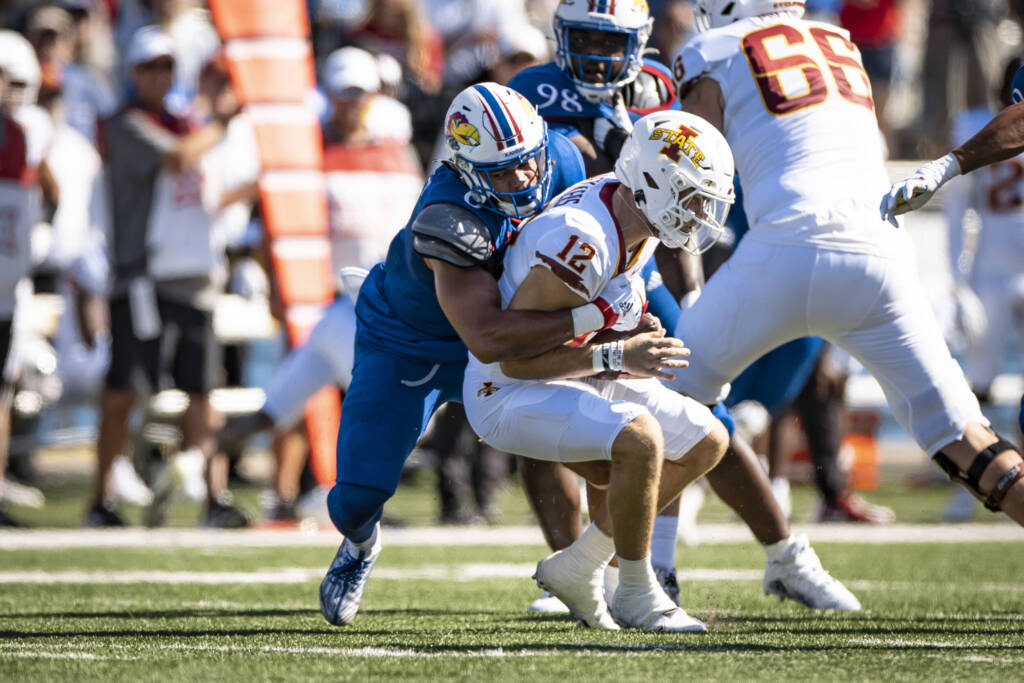 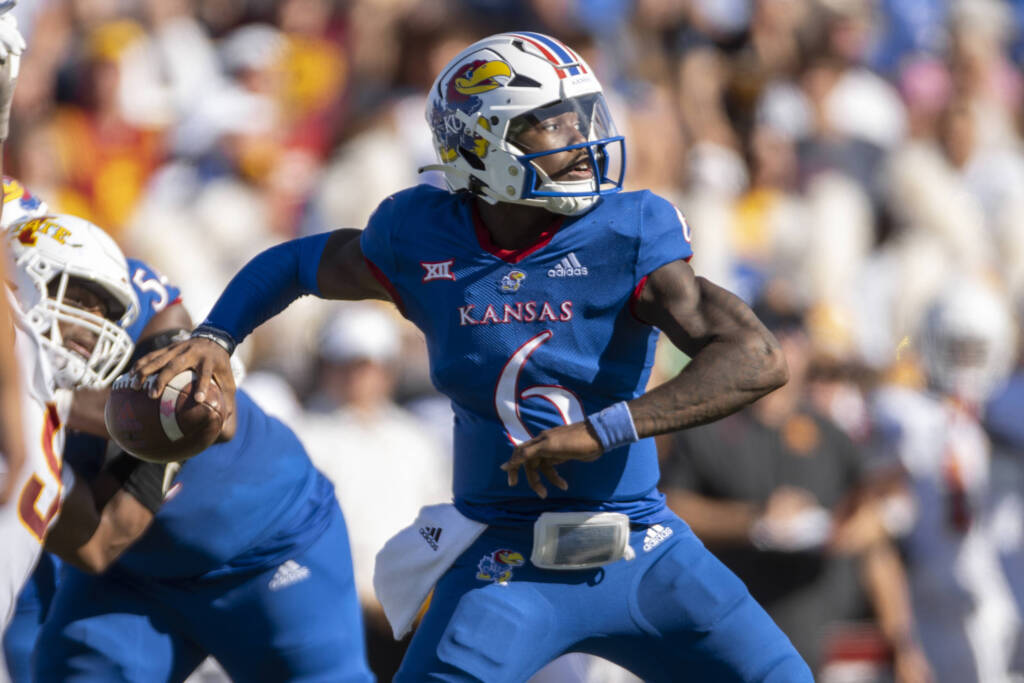 TCU comes to Lawrence after defeating Oklahoma, 55-24 in Fort Worth on Oct. 1. The Horned Frogs have now scored 50+ points in two games this season, while averaging 549.5 yards per game, the second most in the country this season. The Horned Frogs are led by quarterback Max Duggan (70/94, 997 yards, 11 TD) and running back Kendre Miller (51 rushes, 388 yards, 5 TD). 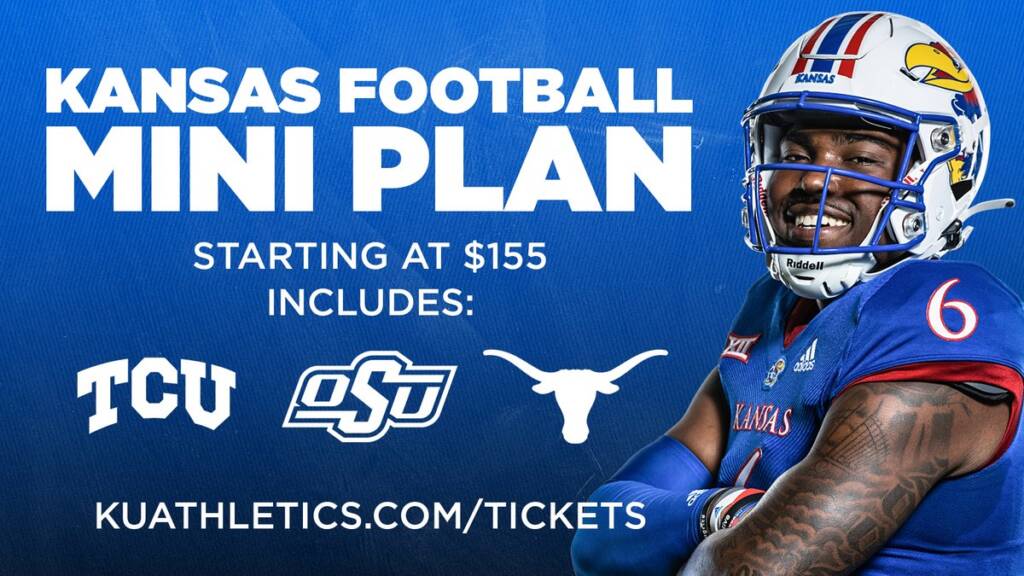