AMES, Iowa – Pooka Williams Jr., is no stranger to setting milestones for KU football, and his streak only continues as he has now become the second Jayhawk in history to rush for 2,000 yards within his first two seasons.

During his freshman year, Williams accumulated 1,125 rushing yards throughout the season, making him the third freshman in Kansas history to do so. Williams managed 161 carries his first season, averaging 102.3 yards per game. He also snagged seven rushing touchdowns, and two receiving touchdowns.

His sophomore year has only proven further how unstoppable Williams is. The running back has found the endzone for three rushing touchdowns this season, as well as one receiving touchdown.

His most notable feat of this season, however, is being the second Jayhawk in all of KU football history to reach 2,000 yards within his first two years at Kansas, the first since Gale Sayers rushed for 2,042 yards from 1962-63.

Williams’ efforts last year paid off, as he was the first Jayhawk to be named Freshman Offensive Player of the Year and the second to be named a member of the All-Big 12 First Team.

Williams becomes the first Jayhawk to rush for 2,000 or more yards in his first two seasons in over 50 years of Kansas football history.

Williams broke the 2,000 yard mark in the second quarter against Iowa State after this rush for 48 yards, moving him to 2,004 career yards. 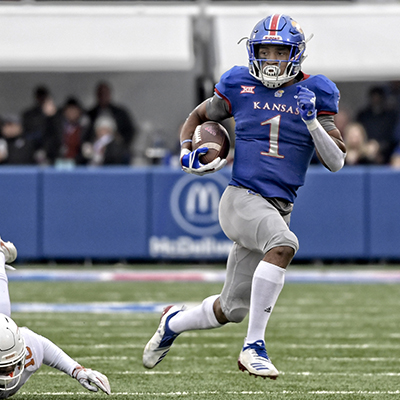 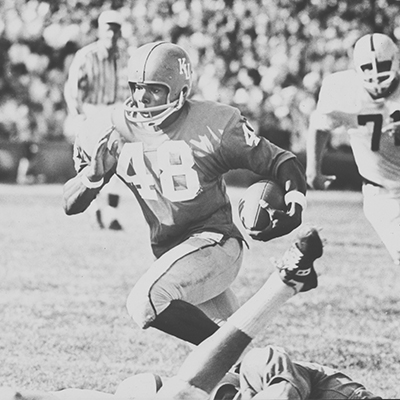