LAWRENCE, Kan. – Kansas softball enters the 2020 spring schedule with eight infielders on their roster. This includes seniors Madison Sykes and Becki Monaghan who were the only two players to play all 51 games in 2019.

"Our infielders are returning with the most experience. We have seniors in Becki and Madison who are returning at the corners, senior Miranda Rodriguez up the middle at second base and Sydnee Ramsey who served as our everyday shortstop last season. Adding in the athleticism of our freshmen really gives us solid depth at our infield this year and I am very excited for what they are going to bring for us this season."

Sykes returns for her senior season with the Jayhawks. In 2019, she led the team in RBI (20) and hits (39) and finished tied for second on the team in multiple-hit games with nine. She was also selected to the 2019 Big 12 All-Academic First Team. 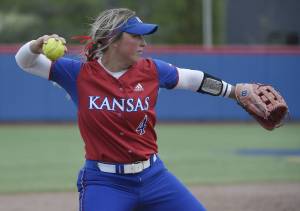 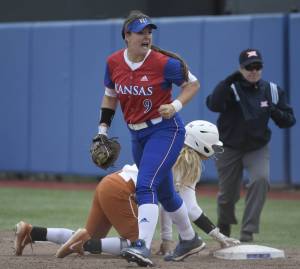 Monaghan enters her senior season as the starting first basemen for Kansas, where she started all 51 games for the Jayhawks in 2019. She finished her junior season with the most at-bats on the team (151) and had a team-high 12 doubles on the year. Like Sykes, Monaghan was also selected as a member of the 2019 Big 12 All-Academic First Team.

In her freshman season with the Jayhawks, Hornbuckle appeared in 13 games with six starts at second base. She finished the 2019 season with a .286 batting average. 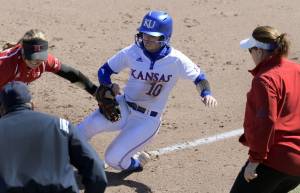 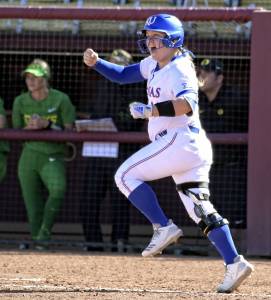 After sustaining a season-ending injury in 2018, Ramsey returned to the Kansas lineup as the starting shortstop in 2019 where she appeared in 42 of the teams 51 games. She finished second on the team in both RBI (19) and home runs (6) and led the Jayhawks with a 15-game reached base streak from March 23 to April 6. Ramsey was also named to the 2019 Big 12 All-Freshman Team. 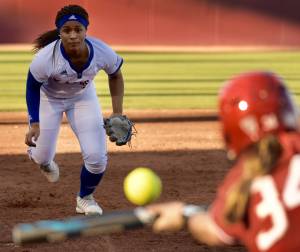 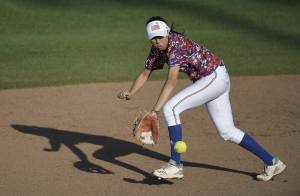 Rodriguez returns as one of the seven seniors on KU’s roster after appearing in 43 games in 2019. Forty-one of those appearances were starts for Rodriguez at second base. She finished the year with a .224 batting average and recorded four multi-RBI performances.

Newcomers in the Infield

After finishing her senior season at Manhattan high school with a school-record seven home runs and a .660 batting average, Harper enters her freshman season with the Jayhawks as a utility infielder that will bring depth to the Kansas roster. She was also selected as the All Flint Hills Softball Player of the Year during her time at Manhattan.

Anderson was a two-time 6A First Team State Infielder and a two-time Sunflower League First Team Infielder during her time with Gardner Edgerton high school. She finished her high school career with a .638 batting average and was selected as the Missouri/Kansas All-Star Game MVP.

Hirsch was named Academic All-District all four years while at The Colony high school, as well as holds the school home run record with 18. She was a key piece in 2017 as The Colony went on to win the state championship.