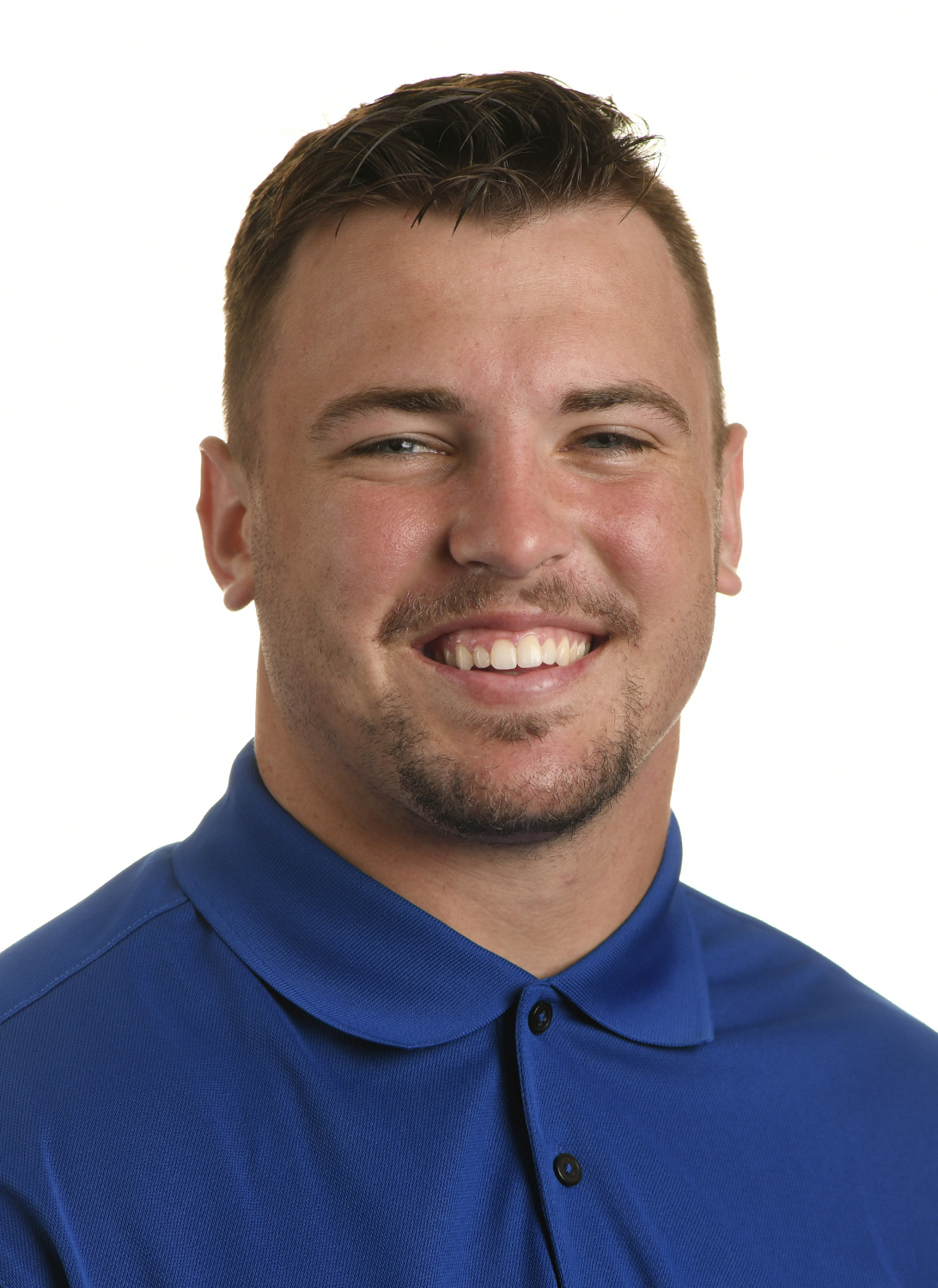 2018 (Sr.): Currently leads the FBS and Big 12 in solo tackles (9.0 per game) and is first in the Big 12 and fourth in the FBS in total tackles (12.3 per game) … Nicholls: Started at linebacker in the season-opener … Tied his career-high with 16 tackles, including 12 solo stops … at Central Michigan: Credited with 14 total tackles (eight solo) and his first-career interception … Also added 0.5 tackles-for-loss … Earned Big 12 Defensive Player of the Week and Lott IMPACT Trophy honors for his play … Rutgers: Totaled 10 tackles on the day, while also recording his first-career fumble recovery … at Baylor: Totaled 13 tackles …  Added 2.0 TFLs and two quarterback hurries … Oklahoma State: Reeled in a team high 13 total tackles … Also had 1.0 tackle-for-loss …at West Virginia: Recorded eight tackles and his first sack on the season … at Texas Tech: Started at linebacker … Recorded nine tackles, one sack and a forced fumble …TCU: Totaled 13 tackles with 10 solos … Credited with a tackle for loss … Iowa State: Totaled 14 tackles including 11 solos in his ninth consecutive start at linebacker … at Kansas State: Recorded nine tackles with two and a half tackles for loss and a sack in his final Sunflower Showdown … Named Big 12 Co-Defensive Player of the Week … at Oklahoma: Recorded 14 tackles including 10 solos against the Sooners … Texas: Started at linebacker in his final game in a Jayhawk uniform … Capped off a stellar career with 14 tackles including a tackle for loss and pass break up.

2017 (RJr.): Voted a team captain … Started all 12 games at linebacker … KU’s first Sports Illustrated All-American since Aqib Talib in 2007 after earning second-team honors … Tabbed All-Big 12 First Team by the Waco Tribune-Herald and All-Big 12 Second Team by the league coaches, Associated Press and Phil Steele Magazine … Led the FBS and Big 12 in solo tackles with 7.6 per game … Set a KU single-season record with 25.0 tackles-for-loss … Ranked third in the FBS and first in the Big 12 with 2.1 TFLs per game … Ranks eighth on the KU single-season tackles chart with 137 in 2017, the most for a Jayhawk since Roger Robben finished with 189 in 1989 … His 11.4 tackles per game led the Big 12 and ranked third in the FBS … Registered 10 or more tackles in 10-of-12 games … Had 137 tackles, 25.0 TFLs, 2.5 sacks, two breakups, two quarterback hurries and one forced fumble on the season … SEMO: Named Big 12 Defensive Player of the Week following his performance against the Redhawks … Had a game-high 15 tackles and 2.5 TFLs … Central Michigan: Credited with 12 total tackles, 2.5 TFLs and a QBH … at Ohio: Recorded 11 tackles and two stops behind the line of scrimmage … West Virginia: Tallied 14 total hits, 2.0 TFLs, 1.0 sack and one QBH … Texas Tech: Had nine tackles, 1.0 TFL and one breakup … at Iowa State: Tied his career high with 16 stops, including 10 solo hits … Also had 2.0 TFLs … at TCU: Recorded 11 tackles and 1.0 TFL against the Horned Frogs … K-State: Had 11 tackles, 2.5 TFLs and one pass breakup in the Sunflower Showdown … Baylor: Registered 11 total tackles, including 10 solo stops … Set a new career high with 4.0 TFLs … Also had one sack against the Bears … at Texas: Turned in 12 tackles and 1.5 TFLs, 0.5 sacks … Oklahoma: Recorded four solo tackles against the Sooners … at Oklahoma State: Tied his career-high with four tackles behind the line of scrimmage … Also had 11 tackles and forced a fumble.

2016 (Jr.): Started in three games before becoming injured at Memphis and sitting out the remainder of the season … Totaled 16 tackles, 3.0 TFLs, a pass breakup and a quarterback hurry in his shortened stint … Totaled a season-high 10 tackles and 2.0 TFLs against Ohio … Rhode Island: Posted four tackles – one behind the line-of-scrimmage – while also breaking up a pass in KU’s win … Ohio: Tackled in double digits for the first time in 2016 after a 10-stop performance against the Bobcats … Also stopped two Ohio plays in the backfield … at Memphis: Made two tackles before suffering an injury in the game’s opening series and missing the remainder of the year.

2015 (So.): Contributed in all 12 games, starting nine contests at linebacker … Finished second on the team in total tackles (86) and tackles for loss (6.5), while he was third with three sacks … Logged 10 or more tackles in four games (Texas Tech, Oklahoma State, TCU and West Virginia) … His 16 tackles against West Virginia were the most of any Jayhawk in 2015 … South Dakota State: Saw significant time at linebacker, making two tackles, along with a jarring hit on the quarterback which counted for a ‘hurry’ … Memphis: Started the first game of his career at linebacker and posted two tackles, along with a quarterback hurry … at Rutgers: Started his second-consecutive game and recorded four tackles … at Iowa State: Contributed two tackles … Baylor: Turned in a then-career-best performance after posting seven tackles … Texas Tech: Tackled in double-figures for the first time in his career after 10 tackles, 1.0 sack and 2.5 tackles-for-loss … at Oklahoma State: Maintained his double-digit tackling streak for the second-straight week after a game-best 11 tackles, including a sack … Oklahoma: Tied for the second-best total of the day with nine tackles and a quarterback hurry … at Texas: Secured three tackles … at TCU: Notched his third game tackling in double figures after an 11-tackle, 1.0 sack performance … West Virginia: Logged the most tackles of any Jayhawk in 2015 after a career-best 16 tackles, including one for loss, to go along with a pass breakup and quarterback hurry … K-State: Garnered nine tackles – one for loss.

2014 (Fr.): Saw action in 11 games on the year at various positions … at Duke: Made his Jayhawk debut, carrying the ball six times for 28 yards … Central Michigan: Attempted and completed his first-career pass for five yards … Texas: Ran the ball five times for 15 yards … at West Virginia: Had three carries for two yards … Oklahoma State: Recorded a special teams tackle … at Texas Tech: Notched a career-high two special teams tackles … TCU: Moved back to defense prior to the game … Contributed one tackle against the Horned Frogs … at K-State: Credited with one tackle.

High School: Rated a three-star prospect by both Rivals.com and ESPN.com … Named the 2013 Kansas Gatorade Player of the Year … A standout two-way player as he starred as both a quarterback and safety at Free State HS … Passed for 1,702 yards and 20 touchdowns, completing 118 of his 222 attempts, and helped guide the Firebirds (9-2) to the Class 6A state quarterfinals as a senior … Also rushed for 798 yards and 12 touchdowns on 136 carries … Set school records for single-game passing yards (292) and most points scored in a season (194) … Accounted for 32 total touchdowns as a senior … Recorded 73 total tackles, five for a loss, recovered two fumbles and collected one interception on defense … Set a school record for the most defensive points scored in a career … Tabbed the Sunflower League’s Andre Maloney Award recipient as the most valuable player … Named to the Kansas City Star’s All-Sunflower League First Team as both a quarterback and defensive back in 2013 … Earned 2013 honorable mention All-KC Metro honors at quarterback from the Kansas City Star … Led his team to a 10-2 mark and the Class 6A semifinals as a junior … Played for head coach Bob Lisher at FSHS … Also lettered in basketball and baseball.

Personal: Son of Joe and Jodi Dineen … Both of his parents are KU grads and his mother, Jodi Oelschlager, was a volleyball letterwinner (1986-89) … Grandfather, Ron Oelschlager, played running back at KU (1962-64) … Great-grandfather, J. Roy Holliday, played basketball at KU under legendary coach Phog Allen (1936-37) … Younger brother, Jay, is also a linebacker at KU … Earned his bachelor’s degree in management and leadership with an entrepreneurship concentration in May 2018.