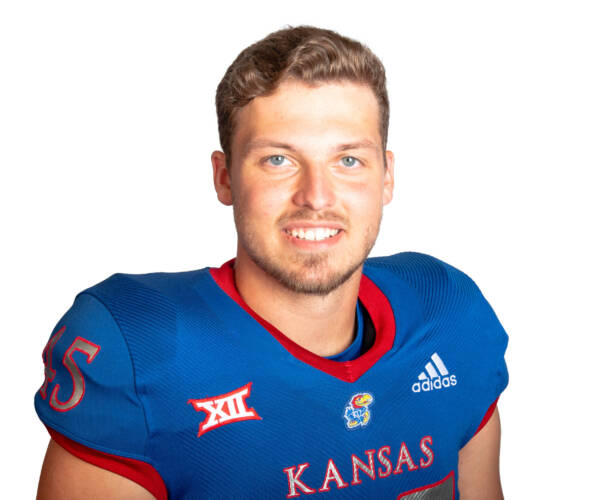 2020 (Fr.): Saw his first playing time of the season in the team’s final game of the year. at Texas Tech: Made his Jayhawk debut in Lubbock to close out the Jayhawks’ regular season.

High School: Rated a three star recruit and the No. 21 tight end in the state of Missouri by 247 Sports … Earned a three-star rating by Rivals and ESPN … Played in 30 games at Lee’s Summit West HS under head coach Vincent Careswell … Recorded 501 receiving yards and three touchdowns in 2019 … Hauled in 1,944 career receiving yards and 23 touchdowns … Also lettered in baseball at Lee’s Summit West and was named to the 2019 Missouri High School Baseball Coaches Association All-State second-team as a catcher.

Personal: Son of Jill and Kevin Kardell … Has one brother, Reece … Plans to major in business … Chose Kansas over interest from Missouri and Iowa … Also plays on the Kansas Baseball team.