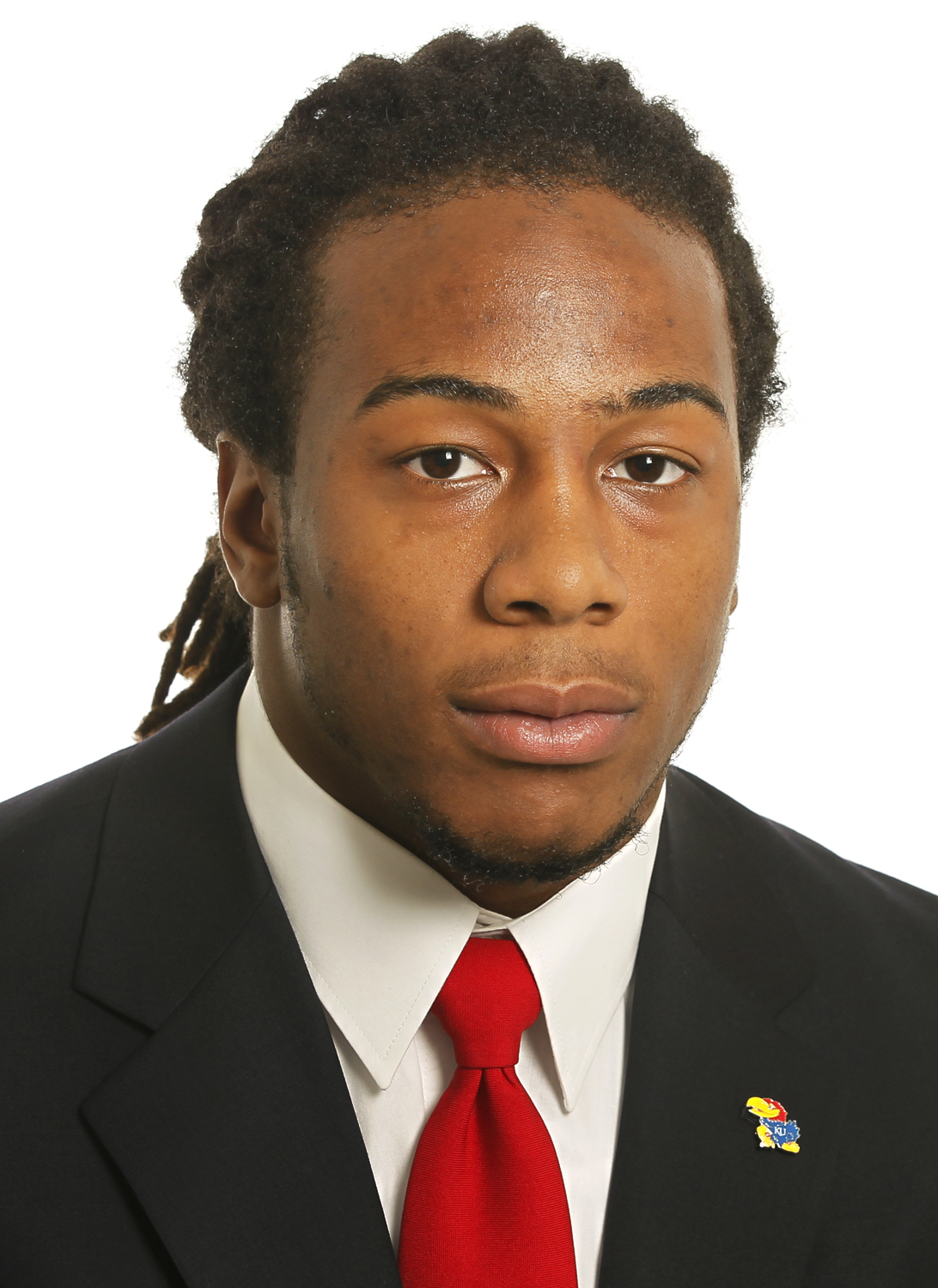 2016 (Sr.): Played in all 12 contests and started 11 at nickelback… Totaled 56 tackles on the season… Compiled 4.5 tackles-for-loss… Swatted away five passes… Hurried the quarterback once… Accrued a career-high 11 tackles in the win over Texas… Disrupted a career-best three passes against Ohio… Rode Island: Earned a start at nickelback and assisted on one tackle in KU’s victory… Picked up a start at nickelback and collected five tackles – two for loss – and disrupted a career-best three passes against the Bobcats… at Memphis: Posted one tackle… at Texas Tech: Earned a start in the secondary and contributed five tackles, including assisting on a tackle in the Red Raider backfield… TCU: Wrapped up three tackles… at Baylor: Contributed five tackles… Oklahoma State: Posted five tackles and a quarterback hurry… at Oklahoma: Collected six tackles and a pass breakup against the Sooners… at West Virginia: Collected a game-high-tying seven stops and made 2.0 tackles in the Mountaineer backfield… Iowa State: Corralled four tackles against the Cyclones… Texas: Boasted a career-high 11 tackles in the victory over the Longhorns… at K-State: Posted three tackles against the Wildcats.

2014 (So.): Saw time in all 12 games, starting eight at nickelback… KU’s fourth-best tackler among players in the secondary, finishing the year with 36 total tackles… Southeast Missouri State: Recorded three tackles and his first pass breakup… at Duke: Made a career-high six tackles, 0.5 of which was counted for a loss, along with his first forced fumble… Central Michigan: Had one tackle… Texas: Recorded two tackles… at West Virginia: Notched a career-high-tying six tackles… Oklahoma State: Named KU’s Special Teams Player of the Week after blocking a kick and posting four tackles, 1.5 tackles-for-loss and a fumble recovery… at Texas Tech: Collected two tackles… at Baylor: Made one tackle… Iowa State: Contributed four tackles, including 0.5-for-loss… TCU: Made five tackles and hurried the quarterback once… at Oklahoma: Chipped in two tackles.

High School: An outstanding player on both sides of the ball… Set seven Piscataway HS records his senior season as a running back… Recorded the most rushing yards in a game (304) in the NJSIAA North Jersey, Section 2, Group 4 title game win… Also scored three touchdowns in the game, leading his team to victory… Ran for 1,596 yards and 24 touchdowns as a senior and was also PHS’ top defensive player, playing both linebacker and safety… A First Team All-State selection and Middlesex County Player of the Year by the Newark Star-Ledger… Holds school record for career rushing yards (2,848), rushing touchdowns (45) and longest rush (98 yards)… Named 2011 Defensive Player of the Year by the Somerville News Tribune… Recorded 90 tackles and seven interceptions in 2011… Coached by Dan Higgins at Piscataway HS… Also a standout wrestler at PHS… Placed second in the state wresting meet at 171 pounds as a junior… Holds the school record for wins with 120 and was 25-0 as a senior wrestling in the 185-pound weight class… Led PHS wrestling team to the County Championship in each of his last three years, earning MVP honors in 2011… Also competed in track and field, running both the 100 and 200 meters and as a member of the 4×100 and 4×200-meter relay teams.

Personal: Also fielded offers from Penn State, Maryland, South Carolina and Iowa… Son of Darlene and Stephen Shaw… Majoring in sociology with a minor in psychology.