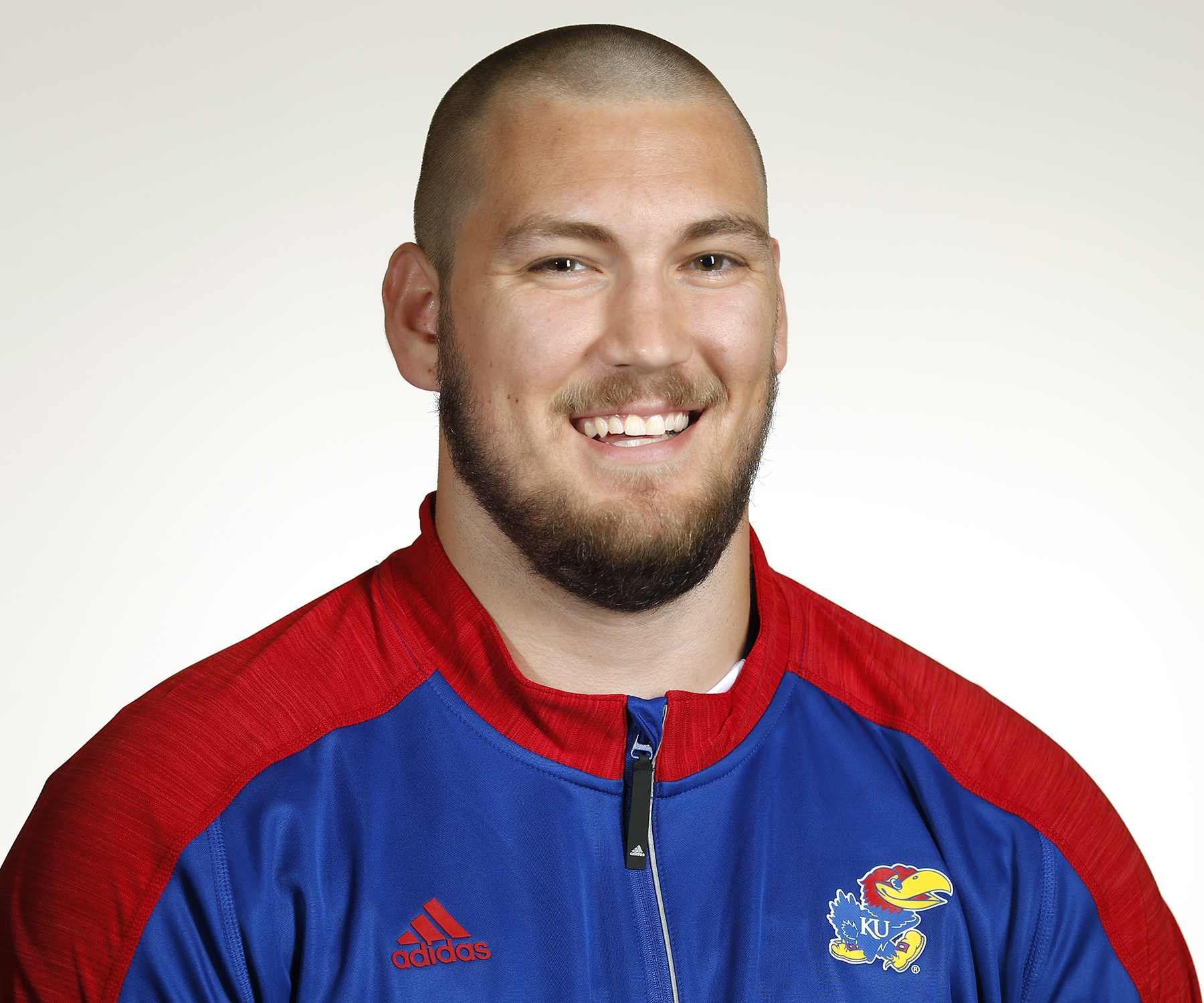 2016 (Sr.): Sat out the beginning of the season due to an injury suffered in fall camp… at Memphis: Returned to the starting lineup at left tackle and earned the highest run grade, along with two knock-down blocks, in his only game of 2016… Retired from football following multiple injuries.

2014 (So.): Switched to offensive line from tight end during fall camp… Played in all 12 contests… Iowa State: Started at right tackle in KU’s win over the Cyclones.

High School: Saw action for Reicher Catholic as both a wide receiver and tight end on offense and a defensive end on defense… Had 16 catches for 124 yards and two touchdowns as a senior… Also recorded three touchdowns for the RCHS defense in 2011… Named first-team all-state as a tight end… An honorable mention member of the Super Centex Team on defense… Reeled in six catches for 109 yards during his junior year, averaging 18 yards per catch with two touchdowns… Member of the Reicher Catholic team that captured the state title in 2009… Played for Mark Waggoner at Reicher Catholic… Also ran track at RCHS, competing in the 110 and 300-meter hurdles.

Personal: Son of Tonya and Steve Smith and Dennis Smith… Father, Dennis, played offensive line at Baylor before going on to play in the NFL for both the New York Jets and the Washington Redskins… Step-father, Steve, played wide receiver at Midwestern State… Majoring in supply chain management.