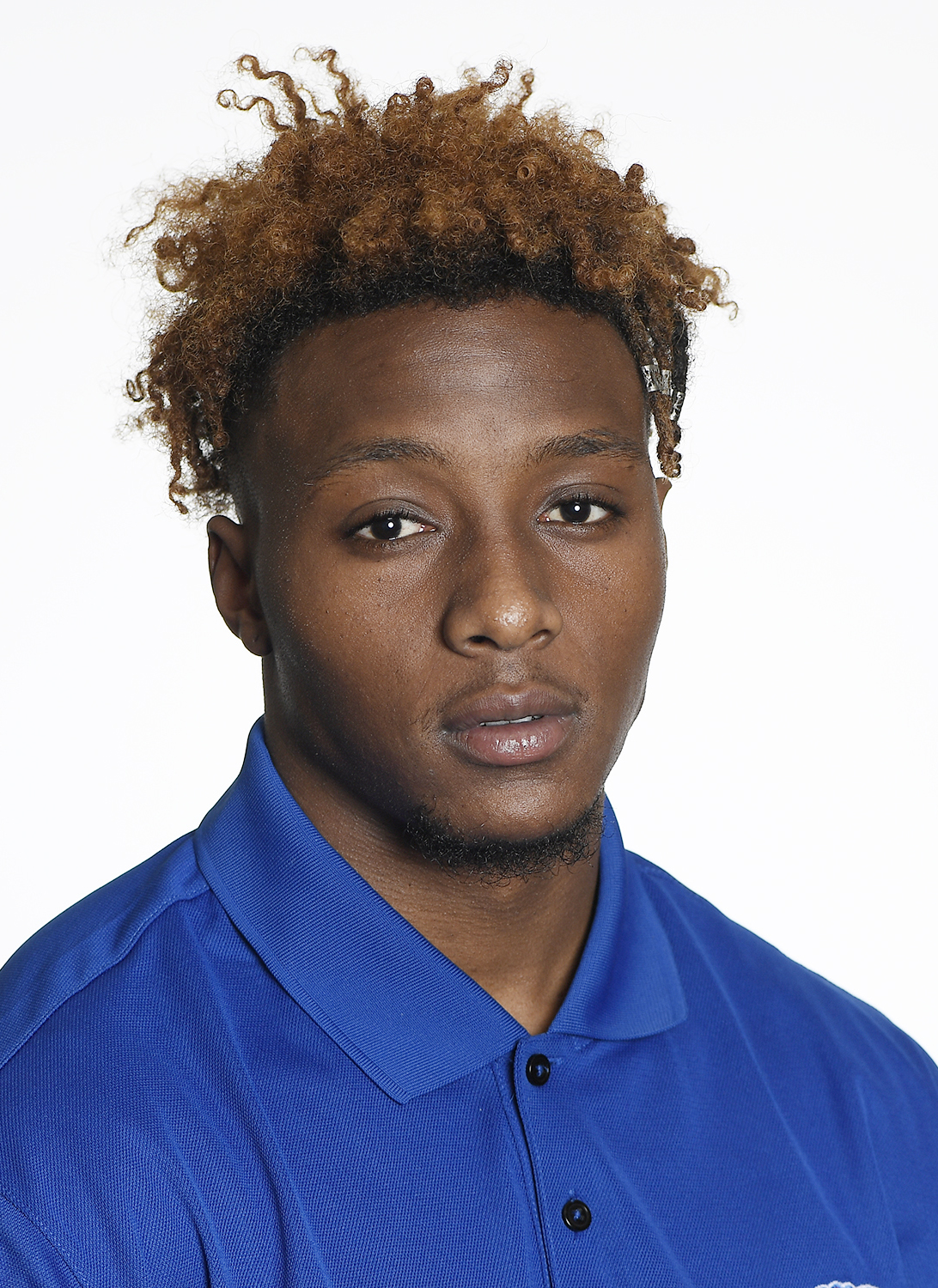 2015 (So.): Played in 11 games with two starts against Baylor on offense and Kansas State on defense … Started the season as a wide receiver, but moved to cornerback prior to the Texas Tech game … Made 14 tackles on the year … Wrapped up a career-high five stops against K-State … Forced a fumble against Texas Tech … Intercepted the first pass of his career against West Virginia … Also broke up two passes against the Mountaineers … Totaled seven receptions for 52 yards as a receiver … Returned nine kickoffs for 137 yards … South Dakota State: Made one catch for 20 yards and returned a kickoff 16 yards … at Rutgers: Returned two kickoffs for 31 yards … at Iowa State: Caught two passes for six yards and returned six kickoffs for a career-best 90 yards … Baylor: Snagged a team-best four passes for 26 yards and returned a punt 10 yards … Texas Tech: Secured one tackle, while forcing a fumble that was recovered by the Jayhawks … Oklahoma State: Made a then-career-high three tackles … Oklahoma: Made one tackle … West Virginia: Saw extended playing time at cornerback, intercepting his first pass, while breaking up two more pass attempts, all while wrapping up four tackles … K-State: Started at corner and turned in a career-best five tackles.

2014 (Fr.): Played in four games in 2014 seeing time at wide receiver, cornerback and on special teams … Moved from wide receiver to cornerback following the Texas game … Oklahoma State: Played on both defense and special teams … Returned two punts versus the Cowboys … at Texas Tech: Returned two punts for 11 yards … at Baylor: Made one tackle before leaving the game with an injury … Missed the remainder of the season with an injury.

High School: Earned a three-star ranking from Rivals.com, ESPN.com and Scout.com … Earned 12-4A All-District honors as a senior … Helped lead Lincoln HS to an 8-4 mark and the 2013 4A Area Championship game … Carried the ball 73 times for 486 yards and four touchdowns … Also caught 22 passes for 259 yards and three TDs … Rushed for 343 yards and six touchdowns and hauled in 34 receptions for 519 yards and seven scores as a junior … Returned two kicks for touchdowns earning district Special Teams MVP honors and 12-4A All-District honors in 2012 … Played for head coach Zarnell Fitch at LHS … Also a standout basketball player as he averaged 12.7 points and 4.7 assists per game.

Personal: Son of Angela and James Williams … Has a twin brother, Erick … Chose Kansas over Texas Tech … Majoring in liberal arts and sciences.