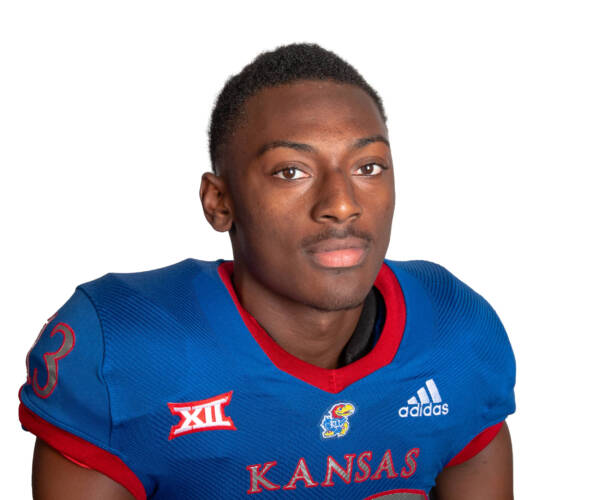 2021 (RS-Fr.): Started on defense for the Jayhawks in eight games, while playing in all 12 on the year … Had 24 total tackles (21 solo and three assisted) … Made a career high and season high 65-yard interception return against Duke.

2020 (Fr.): Saw playing time in a third of the team’s nine games as a true freshman … Tallied a pair of tackles on defense in those three games, one each of the solo and assisted variety. Oklahoma State: Made his Jayhawk debut and registered a solo tackle against the Cowboys for the first stat of his collegiate career … at Kansas State: Saw playing time in the Dillons Sunflower Showdown without recording any statistics … at Oklahoma: Assisted on a tackle against the Sooners to bring his total tackles on the season to two.

Personal: Son of Chenette Lord and Meiko Dotson … Brother, Meiko Dotson Jr., played at Garden City CC and is currently on the team at Florida Atlantic where he led the FBS in interceptions in 2019 with nine … Undecided on a major.