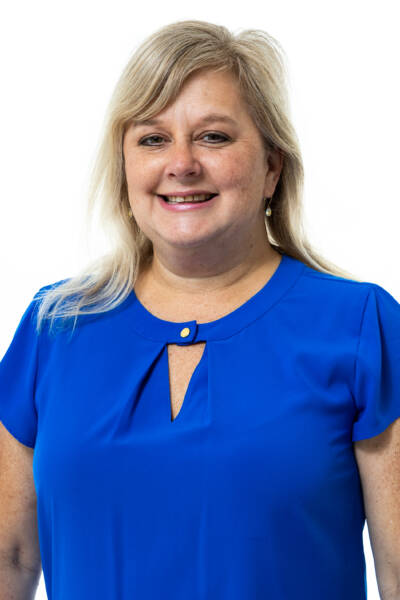 Corcoran represents KU as the Senior Woman Administrator with the NCAA and the Big 12 Conference, monitors NCAA governance issues and contributes to the University’s position on new NCAA legislation. Corcoran is the Title IX contact for the athletics department and works closely with the University Title IX Coordinator. Corcoran provides administrative oversight for KU’s women’s basketball, volleyball, men’s and women’s golf, and track and field and cross country programs, and works with all 16 sports on student-athlete conduct and accountability.

She serves as the liaison with Kansas Team Health, the partnership created with The University of Kansas Health Systems and Lawrence Memorial Hospital, responsible for the health of student-athletes.  Corcoran oversees the student-athlete development unit, also known as KU LEADS.

Corcoran came to KU after serving as Press Secretary and Communications Director for Kansas Governor Kathleen Sebelius from 2002 to 2009. She also served as the Communications Director and Spokesperson for Governor Sebelius’ two gubernatorial election campaigns. Corcoran was the Public Information Director for Sebelius from 1999 to 2001, while Sebelius served as state Insurance Commissioner.

Corcoran graduated from Washburn University in 1993 with a bachelor’s degree in communications with a public relations emphasis. Following graduation she worked in the Community Relations/Marketing Department at Stormont-Vail HealthCare in Topeka before joining the Insurance Commissioner’s office.

In 2005, Corcoran was named outstanding alumnus by the Washburn University Mass Media Department.

Corcoran is a member of Women Leaders in College Sports. She currently serves as a member of the Kansas Big Brothers Big Sisters State Board of Directors and is also active in Douglas County BBBS, including serving as a Big Sister in the program.

Corcoran is married with two sons and a grandson.