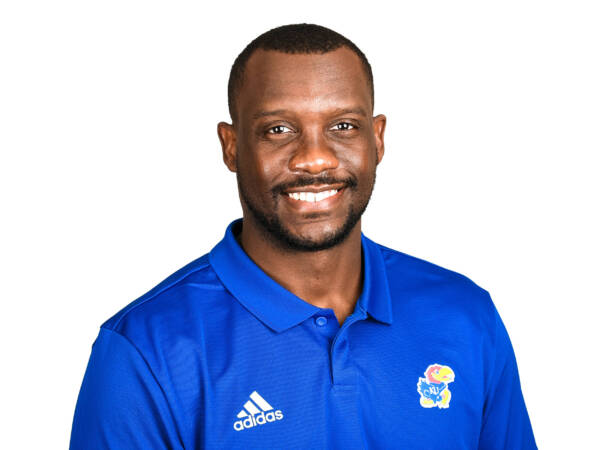 In his first season in Lawrence, Wallace oversaw the Kansas rushing unit, which consisted of Pooka Williams Jr., and Velton Gardner and freshmen Daniel Hishaw Jr., and Amauri Pesek-Hickson. As true freshmen, Hishaw and Pesek-Hickson combined for more than 400 yards rushing and two touchdowns on just over 90 carries.

Wallace spent the 2019 campaign at Air Force, helping lead the Falcons to an 11-2 overall mark and a win over Washington State in the Cheez-It Bowl. Air Force posted a 7-1 record in the Mountain West, a school record for conference wins, and finished the year in the Top 25 national rankings for the first time since 1998. Wallace’s tight ends were instrumental in blocking for the FBS’ second-ranked rushing offense, while the Falcons led the nation in fewest sacks allowed.

Wallace joined the Academy from Bethel, where he was wide receivers coach and director of football operations in 2018. He and Dearmon led the Wildcats to a 10-1 overall record and a conference championship.

Wallace was an offensive graduate assistant coach at Auburn from 2016-17 working with quarterbacks and wide receivers during the 2017 season. He helped the Tigers to a pair of bowl games and Southeastern Conference championship game appearance in his two seasons on the staff.

Wallace lettered as a quarterback at Auburn from 2012-14 and wide receiver in 2015 during his playing career. He started at quarterback the final four games of his freshman season and set an Auburn record for quarterback efficiency (139.60) Wallace also helped Auburn to the SEC title in 2013 and was part of the national championship run when Auburn finished the season 12-1. He was selected as a team captain in 2015 and earned the Unsung Hero Award. In addition, he was a selected as a member of the All-State Good Works team.

A native of Phenix City, Alabama, Wallace helped lead Central High School to a 12-2 record and the 6A AHSAA semifinals as a senior. He graduated from Auburn with a bachelor’s in physical education in 2015 and a master’s in adult education in 2017. He is married to Ashley Kotero, a former Auburn soccer student-athlete and former member of the Mexico national soccer team.