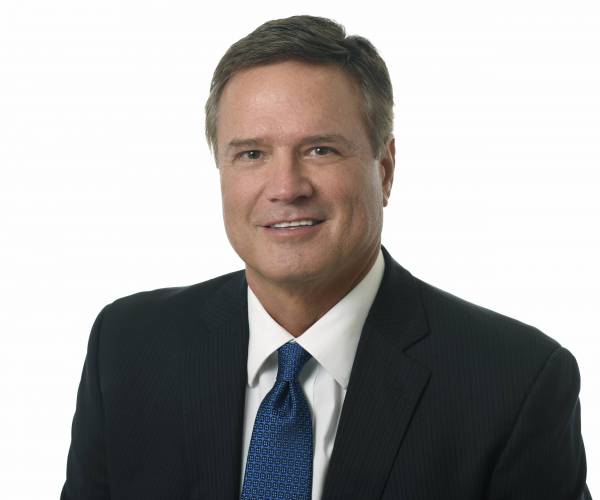 Kansas is entering its 125th overall season and Self was named just the eighth head coach in KU basketball history on April 21, 2003.

While at Kansas, Self has won two national championships, an NCAA record 14-straight regular-season Big 12 Conference titles, 16 overall, and nine league tournament championships. He has guided KU to four Final Fours and nine Elite Eights. He is 292-16 all-time in Allen Fieldhouse and has won as many league titles (16) than has losses (16) in the venue. In his first trip to the Final Four in 2008, Self’s team won the title. Self is one of only two active coaches (Rick Pitino) to have won multiple NCAA titles.

In Self’s 19 seasons at Kansas, he has coached 11 NBA Lottery selections including Andrew Wiggins and Joel Embiid, the No. 1 and No. 3 overall selections in the 2014 NBA Draft and Josh Jackson, the No. 4 pick in 2017. Wiggins was the second-ever Jayhawk to go No. 1 with the other being Danny Manning in 1988.

Enshrined as a first-ballot honoree in the Class of 2017 Naismith Memorial Basketball Hall of Fame, Self became the ninth fastest in NCAA history to win 600 career games. Kansas’ 300 victories under Self in his first 10 seasons were more wins than any other NCAA Division I school in the previous 10 years. With 556 wins at KU in 17 seasons, Self ranks second on the school’s coaching list, only trailing Phog Allen’s 590.

In 2016, Self was named the Associated Press National Coach of the Year for the second time, also earning the honor in 2009. The 2016 AP honor was one of four Self was recognized for as he was also the national coach of the year by his peers (NABC), USA Today and Bleacher Report. The 2008 and 2022 Winged Foot Award recipient for winning the national title, Sporting News named Self its National Coach of the Year in 2000, 2009 and 2012. The 2012 Naismith and Adolph Rupp National Coach of the Year as well, Self is an eight-time finalist for the Naismith honor (2000, 2001, 2002, 2003, 2009, 2012, 2016, 2017). In 2014, Self received the Wayman Tisdale Humanitarian Award by the United States Basketball Writers Association (USBWA) and in September 2015 he received the Mannie Jackson – Basketball’s Human Spirit Award at the Naismith Basketball Hall of Fame induction ceremonies.

A has been a member of the NCAA Men’s Basketball Rules Committee, the USA Basketball Competition Committee and board member for the National Association of Basketball Coaches.

Also while at Kansas, Self has been head coach of two gold medal winning USA teams. In summer 2018, he guided USA Basketball to a 6-0 record at the 2018 FIBA Americas U18 World Championships in Canada. In summer 2015, he led a KU-based team representing the USA to an 8-0 record at the World University Games in South Korea.

Self came to KU from the University of Illinois, where he guided the Fighting Illini to a 78-24 record over three seasons, including two Big Ten regular-season championships, a Big Ten Tournament title and three-straight NCAA Tournament appearances. In Self’s first season in Champaign, the Illini advanced to the NCAA Tournament Elite Eight.

Prior to his stint at Illinois, Self coached at Tulsa from 1998 to 2000, where he led the Golden Hurricane to a record of 74-27 in three seasons, including trips to the NCAA Tournament in 1999 and 2000. Tulsa went 32-5 in 2000, setting a school single-season record for victories and advanced to the NCAA Elite Eight.

Self began his head coaching career at Oral Roberts, where he resurrected the program. Before Self took over the reins, ORU had compiled the worst record in the program’s history with a 5-22 mark in 1992-93. Although Self’s first ORU team managed just six victories in 1993-94, the win total increased to 10 the following year. In his third season at the helm, Self guided ORU to an 18-9 record. In 1996-97, ORU registered a 21-7 mark and made the school’s first postseason tournament appearance since 1983-84, receiving an invitation to the NIT.

Self spent the 1985-86 season on Larry Brown’s coaching staff at Kansas. While Self was at KU, the Jayhawks went 35-4 and advanced to the Final Four in Dallas.

A native of Edmond, Oklahoma, Self played basketball at Oklahoma State where he was a four-year letterwinner from 1982 to 1985. He received his bachelor’s degree in business in 1985 and a master’s degree in athletic administration in 1989, both from OSU.

He and his wife, Cindy, have two children: daughter, Lauren, who graduated from KU in 2013 and is married to Hayden Browning, and son, Tyler, who played at Kansas from 2013-17. The Selfs also have two granddaughters, Ella and Phoebe, daughters of Lauren and Hayden.

Twenty Conference Regular-Season Championships (2 at Tulsa; 2 at Illinois; 15 at Kansas).

One of six coaches in NCAA history to advance three different schools to the NCAA Tournament Elite Eight.

Eleven 30-win seasons, which is third most in NCAA Division I history.

Class of 2017 for the Naismith Memorial Basketball Hall of Fame.

Has coached 80 all-conference performers while at Kansas

Board member of the National Association of Basketball Coaches (NABC) and was president in 2017-18.

Ninth-fastest coach to reach 600 career wins in NCAA Division I.

His 24-consecutive 20-win seasons are second most in NCAA history (24, Mike Kryzewski – Duke). The two are also the active streak as well.

Self has had 19 NBA Draft first-round selections, including the overall No. 1 draftee, Andrew Wiggins, in 2014.