LAWRENCE, Kan. – With the start of the regular season less than a month away, the Kansas men’s basketball team hosted its annual media day Wednesday afternoon inside Allen Fieldhouse to discuss the highly-anticipated 2019-20 campaign.

KU student-athletes gathered for photos with local newspapers before writers and videographers interviewed the 15-man squad on the floor of Allen Fieldhouse. Entering his 17th season at Kansas, head coach Bill Self then previewed the team and the 2019-20 season with the media in the Allen Fieldhouse Media Room.

Preseason top-5 in most publications, KU opens exhibition play when it meets the Fort Hays State Tigers on Thursday, Oct. 24 inside Allen Fieldhouse.

On this team’s overall focus:
“As a coach, I think you want to be in a position where your players learn from you, but what amazes me in being a coach is how much we learn from them. In the hope that we teach them, I hope that we just teach them as much as they teach us. I believe our players’ focus is terrific, but also understand this — there’s nobody on our team that is directly impacted by these allegations. I think our guys will play with a free mind. I think that there will be potential distractions out there, because they will be asked the same questions all year long, and we’ve talked about that. That will make us tougher and harder and more together than we’ve ever been, but I don’t see this being a distraction for them. I’m not saying that it won’t enter their mindset, but I don’t see how this affects them and this year.”

On how the team is looking:
“I do like our team, I think that we’re a long way away from being good right now, but I don’t think that any teams are very good right now. We’re big, were very athletic, we can make plays you can’t coach, and we have some speed on the perimeter. I think the piece is there for us to have a big year and play well. I’m not sure (our) skillset (has) caught up to our athletic abilities in some ways because we need to shoot the ball more consistently. They’re coachable, they try hard and they seem to pick things up quickly.”

On his excitement for the year:
“I don’t want to make it sound like I haven’t been motivated in the past, because I like to think that I turned up each and every year. But I certainly think that this was a unique offseason for us. Through that, I think I have been gifted some things that would currently put things in perspective: focus and motivation at the forefront of what we need to do. The thing about it is when you coach, at least collegiality, there are so many things on the outside that can affect the preparation with that particular team. I think the things on the outside affect my preparation could be things that motivate me to stay more focused. I think in a very strange way, (it) could be positive.”

On how tough this team is:
“I think that we have a good group. You never know how tough you are until a team sees its own blood; you know, until you get punched in the face and have to focus and see the next play. I think that there is such a big difference between trying hard and competing. Everyone tries hard, but are you able to handle each situation in a way to look (at the) next play under pressure? That’s competing and I don’t know where this team is on that scale, but I know from a physical and trying standpoint, that we’re at the same place as other good teams (which) are tough teams.” 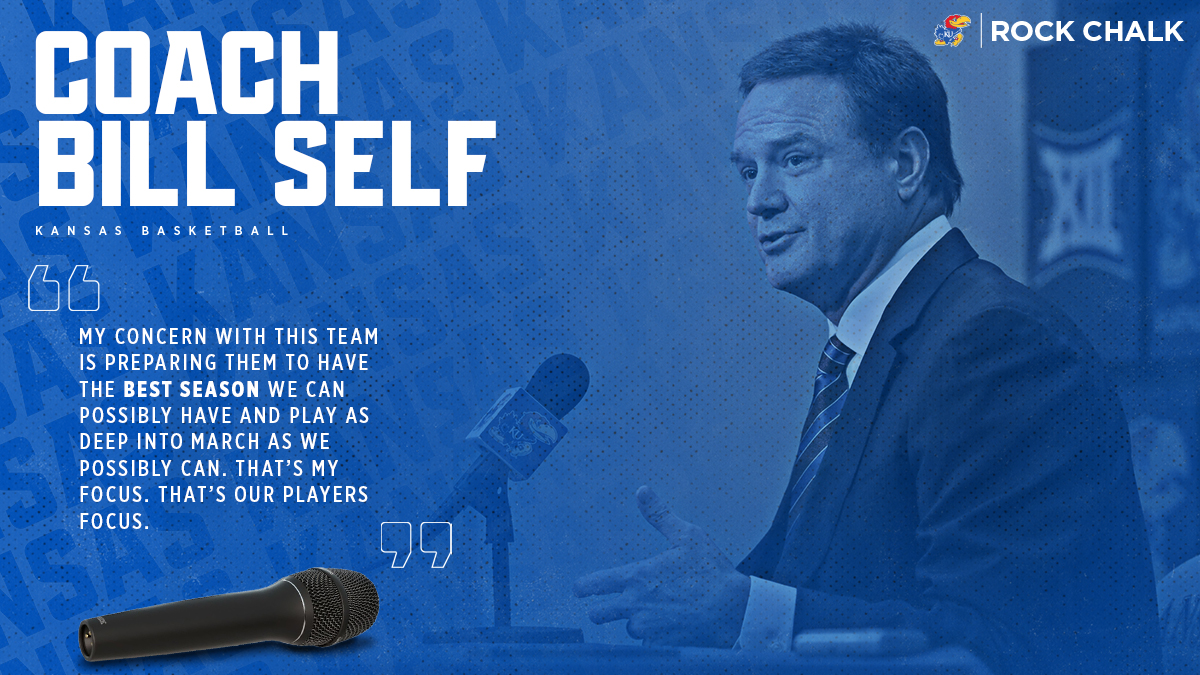 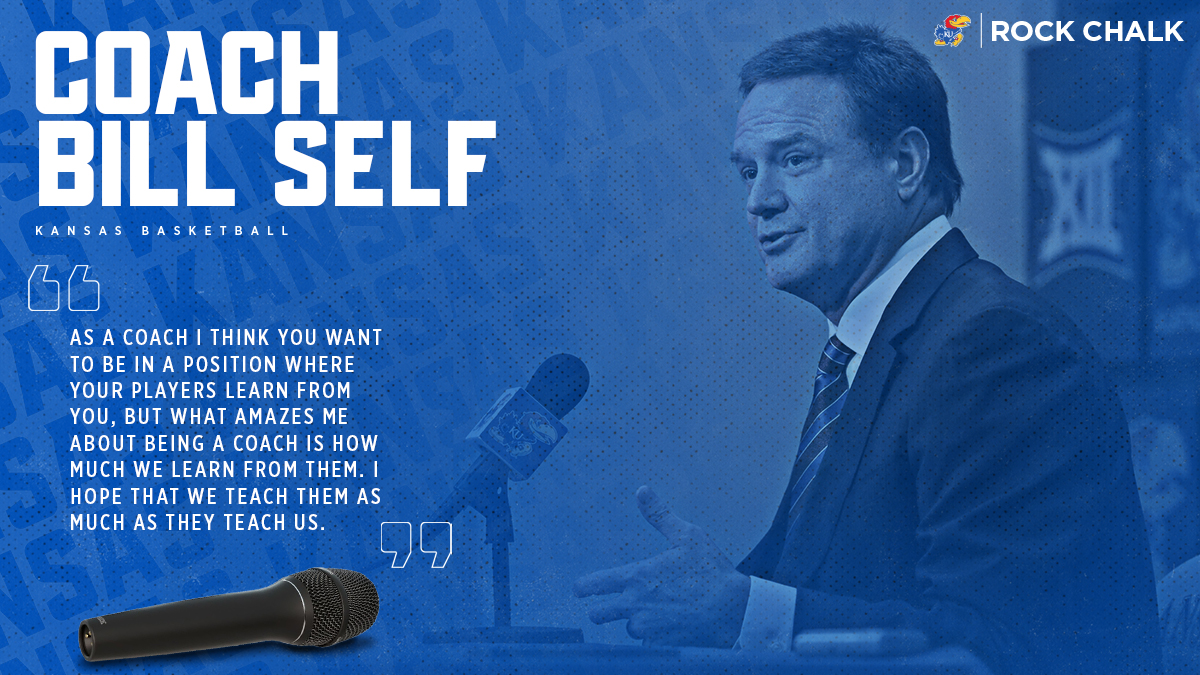 On what stands out about the team this year:
“I think we have great chemistry. Everybody on this team enjoys playing basketball with one another. Everybody enjoys being friends with each other and I think we are all motivated to help each other get better and help this team accomplish anything that it can accomplish.”

On how the bigs will influence the season:
“I think we have a lot of potential. Our big guys are all athletic, all can play. You’ve got Udoka (Azuibuke), Dave (David McCormack) and Silvio (De Sousa). Those guys are some real players. I really enjoy getting to play alongside them, they bring a certain swagger, a certain energy to the team. Learning how to play with bigs is something that our guards and some of our other bigs are getting used to.”

On his approach this season, knowing he is going to play all year long:
“I’m excited to have a chance to play in all of the preseason games that I missed out on last year, going to Maui and New York. Those venues are going to be fun to play in. My main goal here is to win and I think everybody else’s is too, so we are just keeping that mindset.”

On how motivated this team is:
“I think this team is more motivated (than ever before). When we came in at the beginning of the summer, all of the guys were here with the attitude to push each other and make each other better and that motivated us a lot more.”

On who, from last year’s roster, has made a big jump to this year:
“Ochai (Agbaji), he’s been improving every day, whether it’s his outside shot or a better understanding of the game. Silvio (De Sousa) is just improving, banging down low, getting rebounds, helping the team out in different ways that we didn’t have last year.”

On what he worked on in the off-season:
“I’ve been in the gym working on all parts of my game, but getting stronger was a focus of mine this summer. Reading the game and working on the tangibles and on the mental part of the game.”

On his expectations for the team this year:
“I think we have a really good team this year. I am looking forward to it. Obviously, every team wants to win the (NCAA) Championship, they want to go to the Final Four. This team, is aiming for that too. But right now we are just taking it one game at a time. Hopefully we achieve our goals.”

On which players’ performance(s) this season will surprise people:
“I think Tristan has a good chance. Tristan is really a good player, nice footwork and plays at his own pace. I am really looking forward to playing with Tristan. Christian (Braun) too, he is really athletic and goes after the ball.”