My mom, Susan Steward, is the biggest KU fan I know. In fact, I’d argue she’s one of the biggest Jayhawk fans of all time. So, when she told me that what went down Feb. 6 cracked her list of top-five KU memories ever, well, that certainly spoke volumes — and she wasn’t the only one who felt that way.

Before diving into that Sunday, let’s first set the table. I recently learned that I’ve been selected as this year’s recipient of the Marlene Mawson Exemplary Woman Student-Athlete Award, an honor given to a Jayhawk who shows strong character and leadership qualities in the classroom, in the community and in their field of play. It’s humbling to receive this award, particularly because it’s named after Dr. Mawson, a KU Athletics Hall of Famer and true trailblazer in the world of women’s collegiate athletics.

More than just me, this honor is a reflection of our entire swimming and diving program. Without the mentorship and guidance from my coaches and teammates across these last four years, it’s hard to imagine a scenario where this is possible. Their influence on shaping me as an athlete and a person can’t be overstated (and my coaches clearly did a great job putting together my résumé during the nomination process!) When Coach Campbell called me during our recent training trip to Hawaii to let me know I’d been chosen for the award, I was beyond blown away. I couldn’t wait to tell my mom (who, of course, spread the news to everyone on the planet).

Then came that Sunday afternoon, where I was to be recognized at halftime of the women’s basketball game against TCU. Being National Girls and Women in Sports Day, I couldn’t think of a better time or place. From my immediate family to teammates to my grandparents and other extended family members, I had a sizable cheering section inside Allen Fieldhouse. Even with that contingent, the round of applause I got when I walked out to half court surprised me.

By far the coolest part of the whole experience, though, was getting to meet Dr. Mawson, who gave me the award — and a conversation I’ll never forget. She was even more kind, humble and generous than I could’ve ever imagined. She clearly did her homework on who I am, both in and out of the pool. Before and after the ceremony, Dr. Mawson kept congratulating me and stating how excited she was to be part of this, which I appreciated so much because all I could think was, “You’re the famous one here! I’m getting an award named after you!” She didn’t make it all about herself, even though I would argue it certainly was.

One of my biggest takeaways from our conversation is just how valuable it is to make connections with your fellow student-athletes, be it past, present or future, and continuing on that Jayhawk legacy. It helped me realize what we do during our time at KU is important, but equally as key is what we do afterward. It’s so much bigger than ourselves and the bubble we exist in during our careers. And it inspired me to hopefully, on a much smaller scale, be for others what Dr. Mawson was for me that day: a mentor. 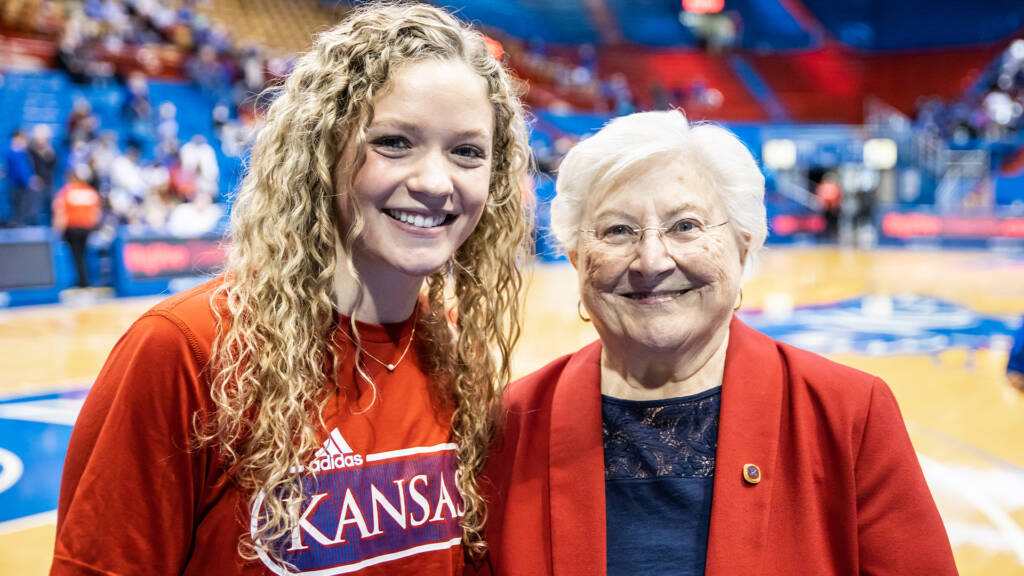 I truly believe you can never cap out in your growth as a mentor. It’s something I’ve been thinking about a lot as my KU career winds down and my post-collegiate-athletics journey as an elementary educator begins. One of the biggest keys to being a good mentor is knowing there’s never going to be a point in your life where you’re going to live mistake-free, but as long as you acknowledge that reality, are comfortable vulnerability and use those setbacks as teachable moments for others, you can turn any negative into a positive.

I come from a family of teachers, so I’ve seen first-hand the impact the profession can have on people. I’ve always been pulled to be someone who impacts young hearts and minds. If someone can come away from an interaction with me as a better student or friend or a harder worker, then I’ve accomplished what I’ve set out to do. That mentorship element is why I think I’m so drawn to teaching (and I do like a challenge, which it has proven to be!)

Obviously, mentoring teammates is a lot different than mentoring 6-year-olds, but there’s more crossover than one might think. The main thing is just to have a lot of empathy. If you take the time to learn someone’s background, their unique perspective and whatever adversity they’ve battled, and if you can show that you genuinely care about them, then you’ve built the foundation for an impactful relationship. Whether it’s your peers or, in my case, students, it’s so important to just let them know you’re on the same team, and not just literally. Everyone is going through something different, but if you can find commonalities, you’re well on your way to being a mentor.

I’ve had my share of mentors during my time at KU, and when I tell you our program is special in that respect, it’s not just being boastful. Jayhawk swimmers and divers have now earned a three-peat with the Marlene Mawson Exemplary Woman Student-Athlete Award, with my teammates Jenny Nusbaum and Lauryn Parrish winning it in each of the previous two years. That doesn’t surprise me one bit, because the experience I’ve had with this team since Day 1 has been genuinely wonderful. You can’t say that about every team in the world. It’s a testament to how hard our coaches and student-athletes work toward making a positive, uplifting and supportive culture.

Leading by example is another way to mentor others, and believe me when I tell you, these girls push me. Seeing how they handle problems, set goals and have high standards drives me to do the same. 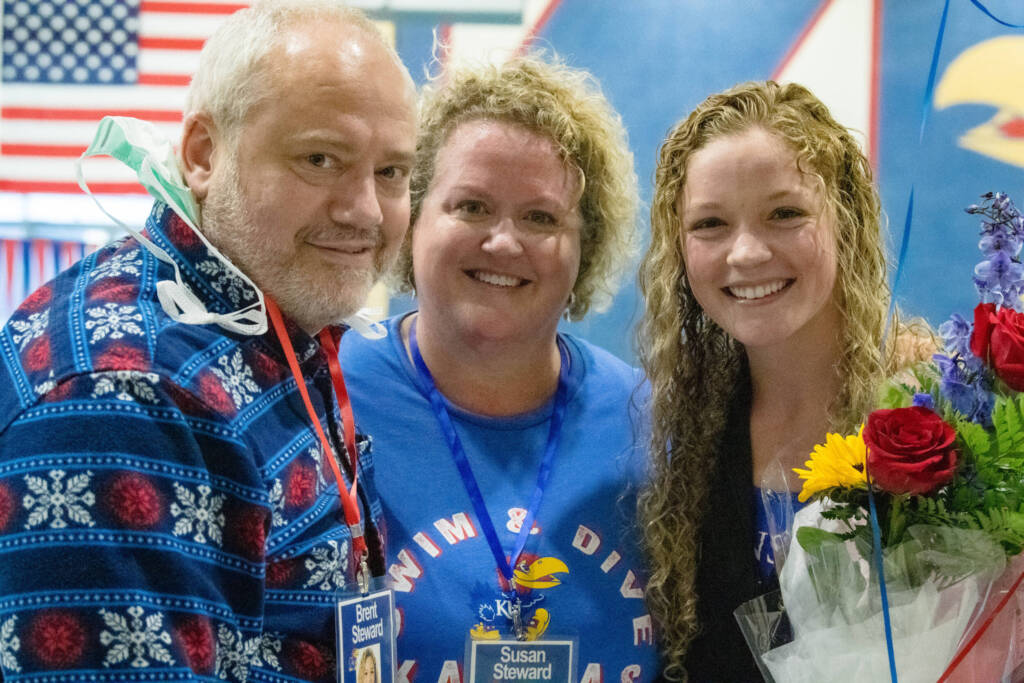 I couldn’t write about mentors in my life without mentioning my mom, and here’s the part where you learn why that Sunday was so special for her, too.

My mom is such a Jayhawk fan, in part, because she also swam here. And when the halftime ceremony ended, she got to come down and have her own conversation with Dr. Mawson. For both of us, I think, that day just represented a full-circle moment — I’m continuing my mom’s legacy, and we both helped continue Dr. Mawson’s legacy. It’s a ripple effect that spans generations.

Thanks to Dr. Mawson, I can now better appreciate the student-athlete experience I share with my mom and thousands of other Jayhawks. That bond is what makes this whole athletic program strong. All of us feel so passionately about this place and care about leaving it better than it was when we arrived. It’s a very unifying thing. Receiving this award has been icing on the cake of my KU journey because it’s shown that I’m part of something bigger. I’m not just here to swim and leave; I’m part of a family.

With my time at KU almost up, I’m also spending time reflecting on my legacy. If the records, awards and championships hold up, that will be awesome, but I would much prefer if people remember a good mentor, leader and friend. Being a good athlete is great, but if I can help shape the culture of the team and how it will be in the future, that’s the most important thing to me, and I hope that’s true long after I’m gone. 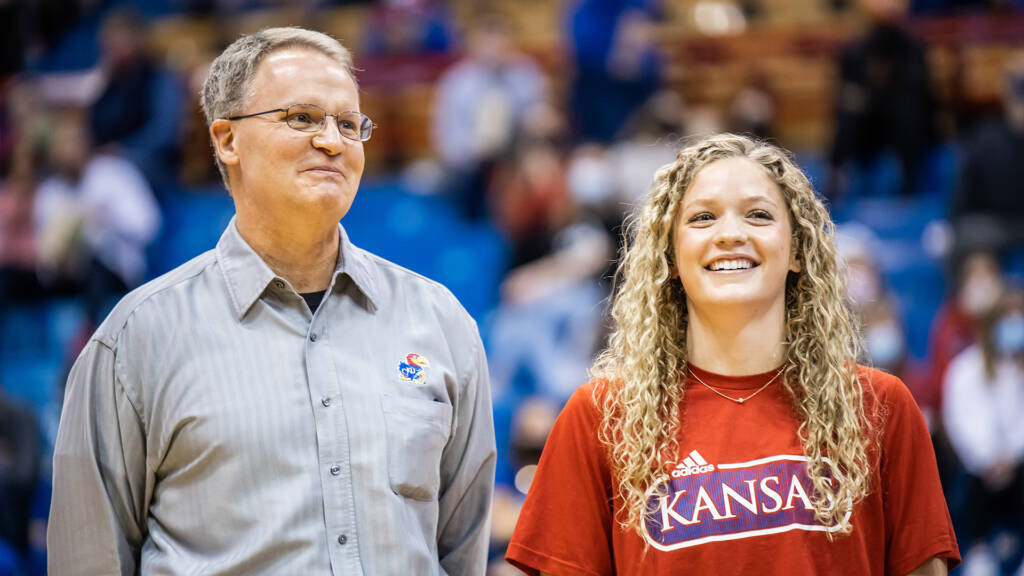 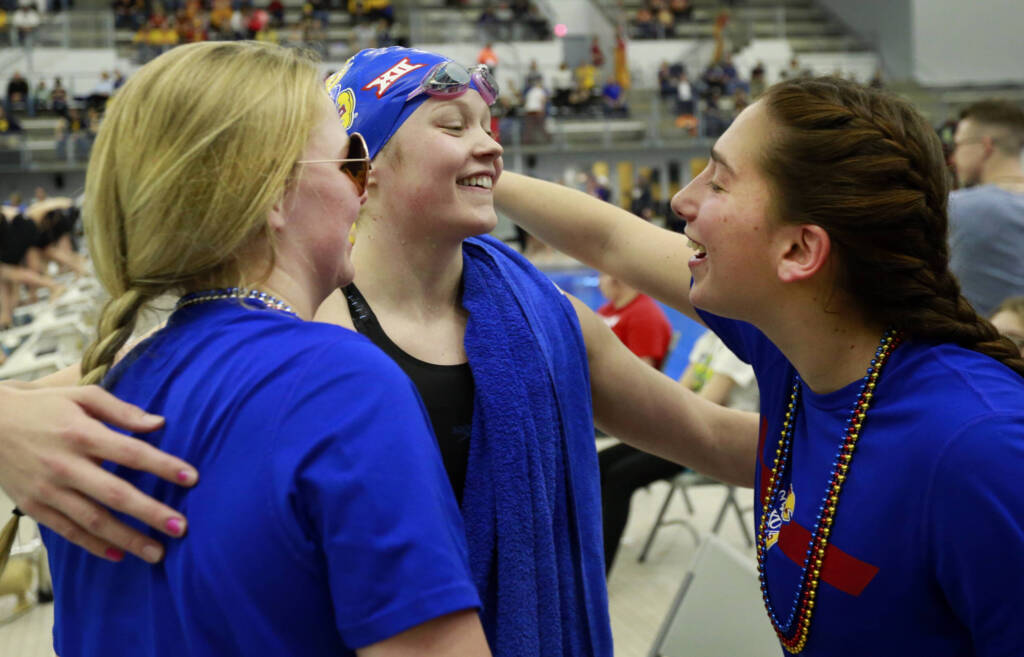 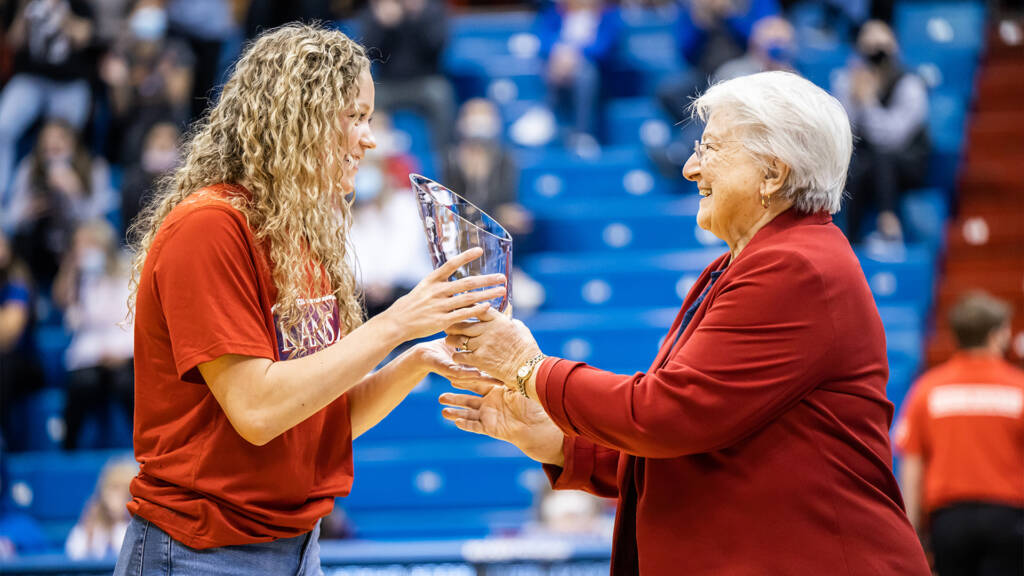 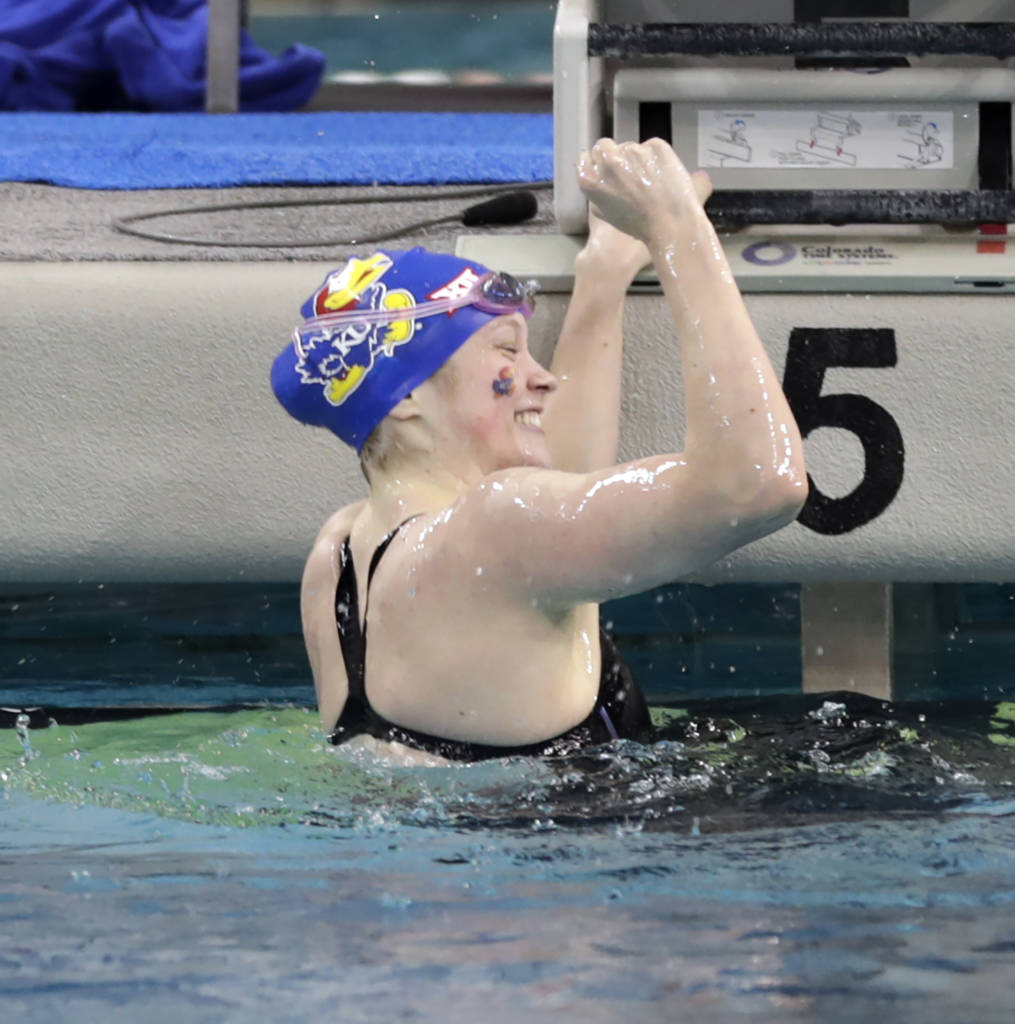