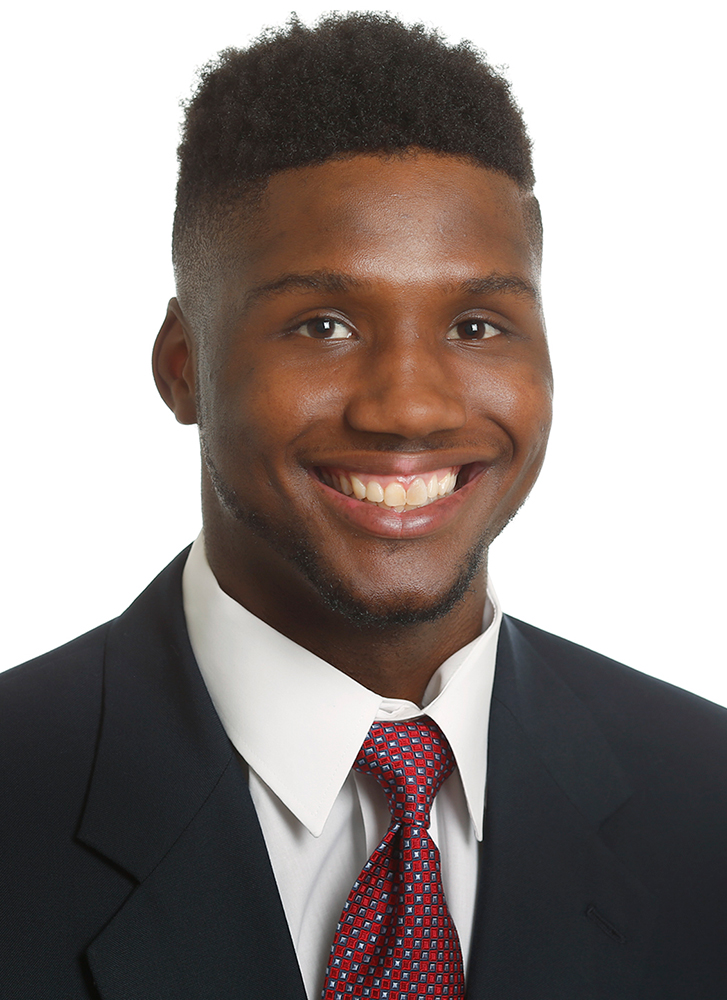 OVERVIEW
Transferred from Kansas following the 2016-17 season … Played in 69 games in his two seasons at KU with five starts … Averaged 4.4 points, 3.2 rebounds and 11.1 minutes per game as a Jayhawk.

2016-17 (SOPHOMORE)
• Started the first five games of the season … Played in 31 total games and averaged 13.8 minutes, 5.2 points and 4.1 rebounds per contest.
• Had five games with 10-plus points, including a career-high 15 points twice: vs. Siena (Nov. 18) and TCU (Feb. 22).
• Pulled down five-plus rebounds in 15 games.
• Posted his first and only double-double with 15 points and 11 rebounds against Siena (Nov. 18), both career highs, as were his 27 minutes played for the contest.
• Scored 11 points at Oklahoma State (March 4).
• Pulled down nine rebounds at TCU (Dec. 30).
• Pulled down eight rebounds with seven points vs. Davidson (Dec. 17).
• Had nine points and five rebounds in the win versus No. 1 Duke (Nov. 15) in the Champions Classic at Madison Square Garden.
• Scored 12 points in the season opener against Indiana (Nov. 11) in the Armed Forces Classic in Honolulu.

2015-16 (FRESHMAN)
• Only KU newcomer to play in all 38 games.
• Averaged 8.9 minutes, 3.8 points and 2.5 rebounds per contest.
• Shot 56.1 percent from the field and showed range by making 4-of-7 (57.1 percent) from 3-point range.
• Had three games of 10-plus points, including a season-high 12 against Kansas State (March 10) in the quarterfinals of the Big 12 Championship.
• Followed up the K-State 12-point effort with 10 points against Baylor (March 11) in the Big 12 Championship semifinals.
• Led Kansas in rebounding twice, which included a season-high seven boards versus Baylor (March 11) in the Big 12 Championship.
• Paced the team three times in steals and three times in blocked shots.

USA BASKETBALL
2015 World University Games
• Averaged 3.8 points and 3.8 rebounds in eight games played for USA in winning the gold medal at the 2015 World University Games in Gwangju, Korea.
• Started the third game against Chile where he pulled down seven rebounds.
• Scored nine points against Switzerland and had eight points in the gold medal double-overtime victory versus Germany.
• Broke his nose in the first practice in Korea and wore a mask for two games.

HIGH SCHOOL
• Guided Villa Angela-St. Joseph High School to a pair of Ohio High School Athletic Association (OHSAA) Division III state titles in 2014 and 2015.
• Played in the McDonald’s All American Game on April 1, 2015 in Chicago, scoring nine points for the West team … joins Clark Kellogg (1979) as one of three McDonald’s All Americans from Villa Angela-St. Joseph.
• Signed with Kansas on April 15, 2015 … verbally committed to Kansas on Jan. 8, 2015 over finalists Kentucky and Illinois … came on an official visit to campus for Late Night in the Phog during the weekend of Oct. 10, 2014.
• Rated as the nation’s 14th-best prospect by Rivals.com and 21st on the ESPN100 list.
• A five-star player who averaged 21.3 points, 8.0 rebounds and 2.0 blocked shots per game during his senior season at Villa Angela-St. Joseph.
• Named the 2015 OHSAA Division III Ohio Player of the Year by the Associated Press.
• Scored 12 points and had a team-high five assists in the 2015 OHSAA Division III state championship game.
• Averaged 18.5 points and 5.7 rebounds his junior year at Villa Angela-St. Joseph.
• Also played baseball (1B/P) through his freshman year in high school.

ACADEMICS
• Studied sport management at the University of Kansas.

PERSONAL
• Born Carlton Edward Bragg Jr., in Cleveland, Ohio.
• Parents are Monica Howard and Carlton Bragg… Has an older brother, Deonte King, and a younger sister, Alaja Howard.
• Enjoys fishing and playing the piano… Made his Late Night in the Phog debut as a freshman by playing a mashup of songs on the piano at center court in Allen Fieldhouse.