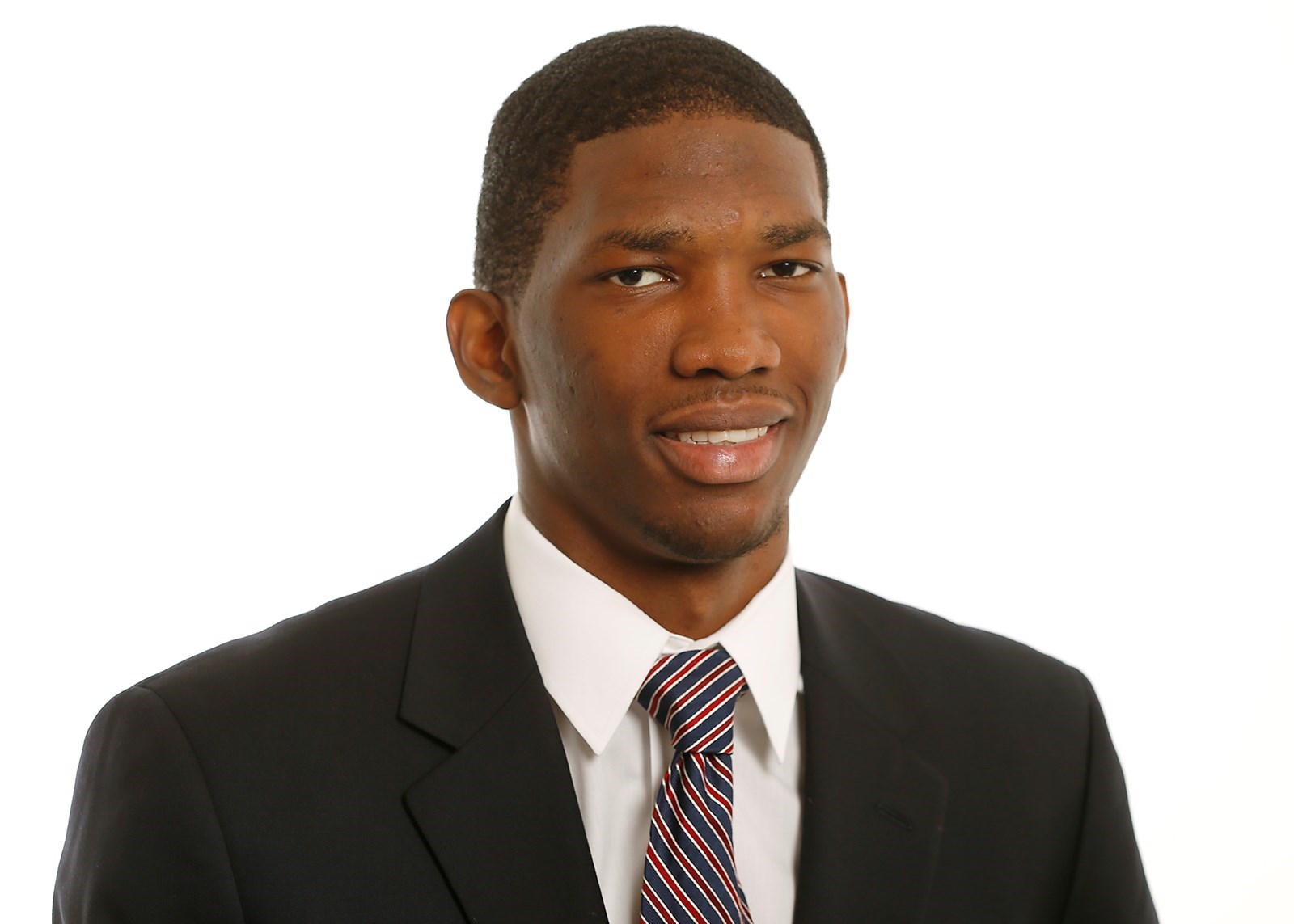 Overview: A 7-footer that started playing basketball at 16 years old… Has seen his skillset take off as he comes in as the best center in the 2013 recruiting class… Shot-blocking ability benefits from his background in men’s volleyball, which was his primary sport in Cameroon.

Freshman Season (2013-14): Named Big 12 Defensive Player of the Year after setting the KU freshman blocking record with 72 blocked shots… Also joined teammate Andrew Wiggins on the USBWA Freshman All-America Team… Started 20 games and played in 28 in 2013-14… Finished second in the Big 12 in blocks (2.6) and sixth in rebounds (8.1) to add to his 11.2 scoring average… Also set the KU freshman record in field goal percentage (62.6) and rebounding average (8.1)… Led KU with eight double-doubles… Blocked at least one shot in each of his last 22 games… Stress fracture (back) sidelined him for last six games, including Big 12 Championship and NCAA Tournament.

The Rock School [Fla.]: Five-star player ranked No. 6 on the ESPN 100 and classified as the country’s best incoming center… Selected to participate in the Jordan Brand Classic game in April 2013, where he scored four points, grabbed seven rebounds and blocked five shots in 19 minutes… Began playing at one of Luc Richard Mbah a Moute’s basketball camps in Cameroon when he was 16 years old… Transferred to The Rock School to play his senior year for coach Justin Harden… While there, Embiid led the school to its first state championship in school history… Averaged 13.0 points, 9.7 rebounds and 1.9 blocks a game for the Lions his senior season, guiding the state championship team to a 33-4 record.

Off the Court: Born Joel Hans Embiid in Cameroon… Son of Thomas and Christine Embiid… Brother to Arthur and Muriel… Also offered by Texas and Florida… Undecided on a major.