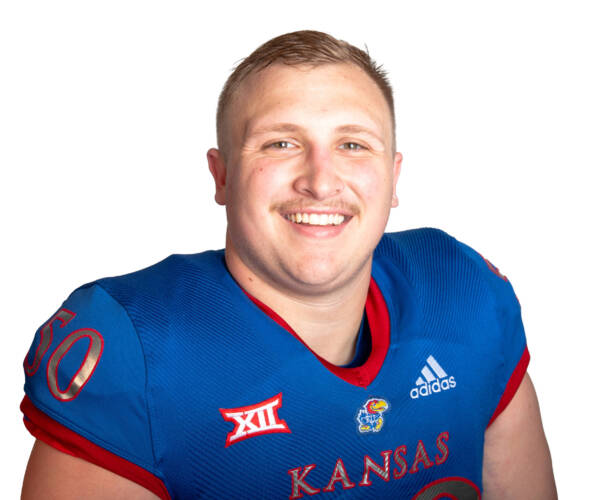 2021 (R-Jr.): Started at center all 12 games for the Jayhawks… Named to the preseason Rimington Trophy Watch List…Did not allow a sack or commit a penalty in 799 total snaps for the Jayhawks…According to PFF, graded out at 96% or better in pass blocking efficiency in all 12 games…Led an offensive line that allowed just 16 sacks in 12 games after allowing 43 sacks in nine games in 2020 without Novitsky…Has not allowed a sack in 2,302 career collegiate snaps.

2020 (R-So. at Buffalo): Started seven games at center… Named first-team All-MAC… Named Academic All-MAC… Helped block for an offense that ranked second in the nation in rushing yards per game (287.4) and allowed only one sack on the season… Unit was a semifinalist for the Joe Moore Award, given to the top offensive line in FBS…Helped guide the way for RB Jaret Patterson rushing for 1,072 yards and 19 touchdowns in just six games.

2019 (R-Fr. at Buffalo): Started all 13 games at center… Named Academic All-MAC… Part of a unit that was named honorable mention for the Joe Moore Award as one of the top 15 offensive line units in the nation… Helped block for an offense that rushed for a school-record 3,256 yards and allowed a program-low eight sacks… Named to the FWAA Freshman All-American Team Mid-season Watch List.

High School: Prepped at Victor High School, where he was also recruited to play lacrosse…Played defensive end and tight end for the Blue Devils…Named All-State Honorable Mention as a junior after having 53 tackles and three interceptions as well as averaged 16.2 yards per catch and scored two touchdowns…Named a Monroe County All-Star…As a senior, he was the Monroe County Division Player of the Year and the Daily Messenger Player of the Year… Also a two-time state champion in lacrosse.