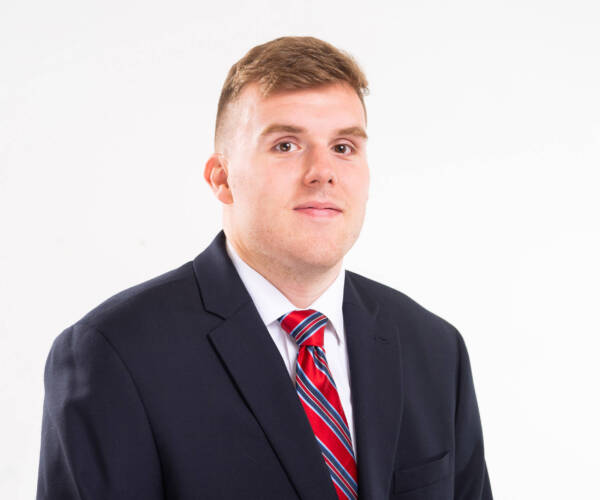 2019-20 (JUNIOR AT MISSOURI SOUTHERN STATE)
Started 30 of 31 games … Was a finalist for the Bevo Francis Small College Basketball Player of the Year Award after being named first-team All-MIAA, All-Region and All-America Second Team while also being a member of the MIAA All-Tournament Team … Led the MIAA in scoring (24.1 ppg), rebounding (9.2 rpg), double-doubles (15), free throw attempts (235), free throws made (190), total field goals made (261), while ranking second in blocks (46), field goal percentage (58%) and total blocks (61) … Shot 81 percent from the free throw line … Set the Southern single-game scoring record with 54 points at Missouri Western (the most points scored by a Division II player in a single-game in 2019-20 … Is the only player in Southern’s history to score 700 or more points twice in a single-season … Named the MIAA Athlete of the Week seven times during the regular season … MIAA Academic Honor Roll selection.

2018-19 (SOPHOPMORE AT MISSOURI SOUTHERN STATE)
Stared all 32 games played … D2CCA All-America Third Team selection … D2CCA and NABC All-Central Region First Team selection … All-MIAA First Team selection … Averaged 33.7 points and 12.5 rebounds during the Division II Central Region tournament as he tied the MSSU single-game three-point record with nine made against Washburn (3/16) in the opening game … Scored 46 points in the same game and stands 10th on the all-time list for points in a Division II tournament game … Just the second Lion to score more than 700 plus points (720) … Averaged 22.5 points and 9.7 rebounds, while shooting 61 percent from the field, 35 percent from the three-point range, and 82 percent at the free-throw line … Finished first in the MIAA in points per game, double-doubles (20), field-goal percentage (60.8) and free throws made and attempted (211/257) good for third and fourth in the country … Registered double-digit scoring in every game played.

2017-18 (FRESHMAN AT JACKSONVILLE STATE)
Saw action in 28 games for JSU, averaging 4.1 points and 2.6 rebounds per contest, while shooting 51 percent from the field and averaging 9.8 minutes per game … He had two double-doubles on the season with 18 points and 10 rebounds against Austin Peay and a 10-point, 10-rebound game against Belmont.

HIGH SCHOOL
Prepped at Yukon High School, in Yukon, Oklahoma, his senior season, guiding the Millers to a state runner-up finish … Played his junior year at Norman North High School in Norman, Oklahoma … Was regarded as a preseason top-five high school senior in the state of Oklahoma and was a First Team All-State, First Team All-Region and First Team All-District recipient … Was named to the Oklahoma All-State, All-City and Oklahoma vs. Texas All-Star teams … Played club basketball with the Oklahoma Wizards … Averaged 18 points and 13 rebounds his senior season, 25 points and 13 rebounds as a junior and 16 points and 10 rebounds as a sophomore … As a freshman, helped his team to a 27-1 record, while helping the team to a regional championship as a sophomore and a state finals appearance as a senior.

PERSONAL
The son of Jeff and Mandi Martin … Graduated from Missouri Southern State with a kinesiology degree … Working toward a sport management masters at KU.