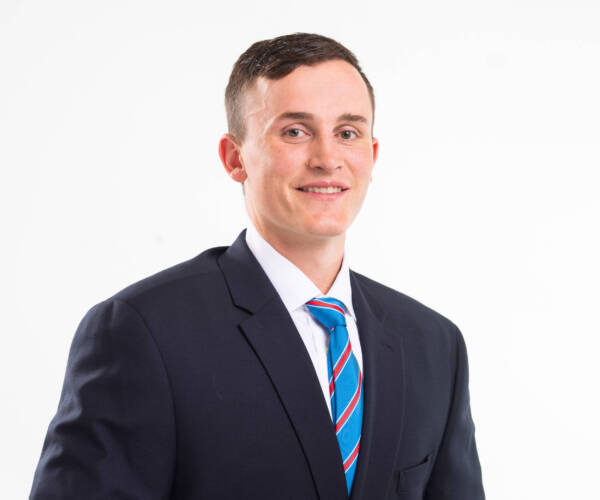 OVERVIEW
Was a sixth-year super-senior in 2021-22 who was a fan and media favorite during his KU career … Played on two Final Four teams in 2018 and the 2022 NCAA National Championship team … Played in more games, 168, than any other player in KU history. The 168 is fifth all-time in NCAA history … Including his redshirt and COVID seasons, was part of 171 wins while at Kansas, which is more than any other player in school history … Played in 17 NCAA Tournament games for his career, which is a KU career record … Ended ninth on the KU career blocked shots list with 156 … Was born in Kansas City and moved to Arizona as a youth … Graduated from KU with an economics degree in December 2019 (in 3.5 years) and a sport management master’s degree in May 2021 … One of two Jayhawks who were also on the 2018 Final Four team (Chris Teahan).

2018-19 (JUNIOR)
Led KU with 14 charges drawn … Was second on the team with 33 blocked shots … Had seven games with multiple blocked shots … Posted nine games with five or more rebounds, including five in Big 12 play … Pulled down seven rebounds with five points vs. Northeastern (3/21) … Had nine blocked shots in three Big 12 Championship games, including a season-high four against West Virginia (3/15) … Logged a career-high 31 minutes with nine points, five rebounds and three blocks vs. Kansas State (2/25).

HIGH SCHOOL
Averaged 22.6 points, 11.9 rebounds and 2.6 blocked shots in 2015-16 at Gilbert Christian High School in Gilbert, Arizona under head coach Kurt Keener … Named the Arizona Gatorade Player of the Year for 2015-16 … Received the Tough Guy Award by the Arizona Republic following his senior season … Led Gilbert Christian to a 21-6 record his senior year, advancing to the second round of the AIA Division II state tournament … Scored 32 points in the 2016 BallisLife All-America game April 30, at Long Beach City College in California … Averaged 17.9 points, 9.9 rebounds and 3.9 blocked shots in leading Gilbert Christian to the AIA Division II state title his junior season in 2014-15 … Named the player of the game in the 2015 state title contest where he scored 15 points … As a sophomore, averaged 15.0 points, 10.7 rebounds and 4.0 blocked shots per contest and was the Southern Arizona Player of the Year and all-section first-team honoree … Averaged 12.5 points, 8.0 rebounds and 3.8 blocked shots per outing and was the only freshman named to the All-Southern Arizona team, earning third-team honors.

PERSONAL
Born Mitchell Marion Lightfoot in Kansas City, Missouri … Son of Matt and Rhonda Lightfoot … Has two younger brothers, Miles and Max, and a younger sister, Rhyann … Moved from Kansas City to Tucson, Arizona, when he was five years old … Graduated from KU with an economics degree in December 2019 and a master’s degree in sport management in May 2021.

Right around 8 p.m., Friday night, I’ll take that walk that as a kid, you spend so much time dreaming about.