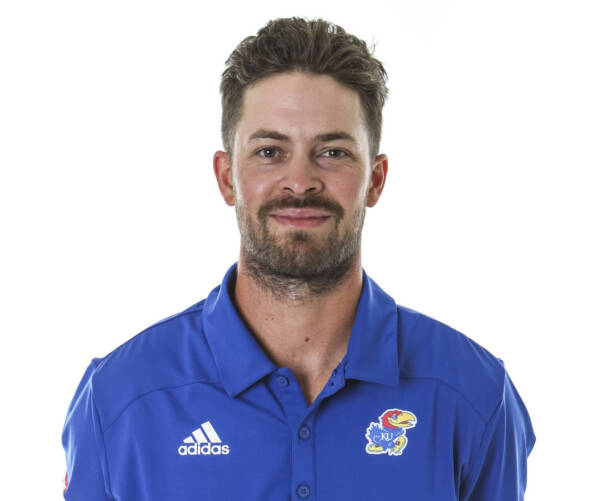 Jack Meggs joined the KU coaching staff full time in August 2021 after serving as a graduate assistant since September 2020 while earning his master’s degree in sports management. Meggs will be in charge of working with the outfielders and assisting with hitting and baserunning. Meggs will also help run Jayhawk baseball camps and assist the coaching staff with on-campus recruiting.

Meggs, a Seattle, Washington, native was a communications major at the University of Washington where he was a major part of the Husky lineup for four years. As a Husky, Meggs helped lead the team to regionals at both Ole Miss and Vanderbilt. He finished his career at Washington ranked fourth all time in both games started and games played.

In 2016, Meggs was an All-Pac 12 First Team selection as a center fielder and was also named to the All-Pac 12 Defensive Team. A two-year captain for the Huskies, Meggs was selected All-Pac 12 again in 2017 on his way to being a 10th round pick (291st overall) by the Oakland A’s. Shortly after his arrival, Meggs was selected New York Penn League Player of the Week after homering twice and hitting over .500 during week one of the 2017 season.

Meggs went on to sign a free-agent deal with the Milwaukee Brewers in 2020, but ultimately landed at KU following the cancellation of the 2020 Minor League Baseball season due to the COVID-19 pandemic.

Meggs was born in Chico, CA to Teresa and Lindsay Meggs. Lindsay has been the Head Baseball Coach at the University of Washington since 2010 and Teresa is a registered nurse in the Seattle area.

Meggs has an older brother, Joe, and older sister, Kelly. Joe is an assistant coach at the University of Washington, where he played collegiately before spending time in the Los Angeles Dodgers farm system. Kelly played college basketball at UC Irvine and college softball at the University of Washington before becoming a physical therapist in the southern California area. Meggs is not the only Jayhawk in his family as his cousin, Matt McLaughlin, is a former Jayhawk great and current AA member of the Colorado Rockies.