📸 Through The Lens | Walkoff

One of my hard and fast rules when covering a baseball game is to make sure I am somewhere along the third-base line of a tie game entering the ninth inning. This series of photographs from KU’s game against Texas, in April 2015, will clarify why I follow that rule religiously.

I moved from the first base photo bay to my third base position as the game entered the ninth inning tied 4-4. Down to their last out in the bottom of the inning, Jayhawk senior Connor McKay blasted the first pitch high and deep. As McKay watched the ball rocket out of the park and crash halfway up a light pole, players streamed out of the dugout jumping and screaming with joy as McKay’s celebratory trot around the bases began.

Reaching home plate, McKay’s teammates engulfed him as they ripped off his jersey. After a chest bump from Head Coach Ritch Price and more hugs, two teammates stuffed a towel full of shaving cream into his face. A dousing from a Gatorade bucket of water capped the celebration that took less than five minutes of whirlwind fun. 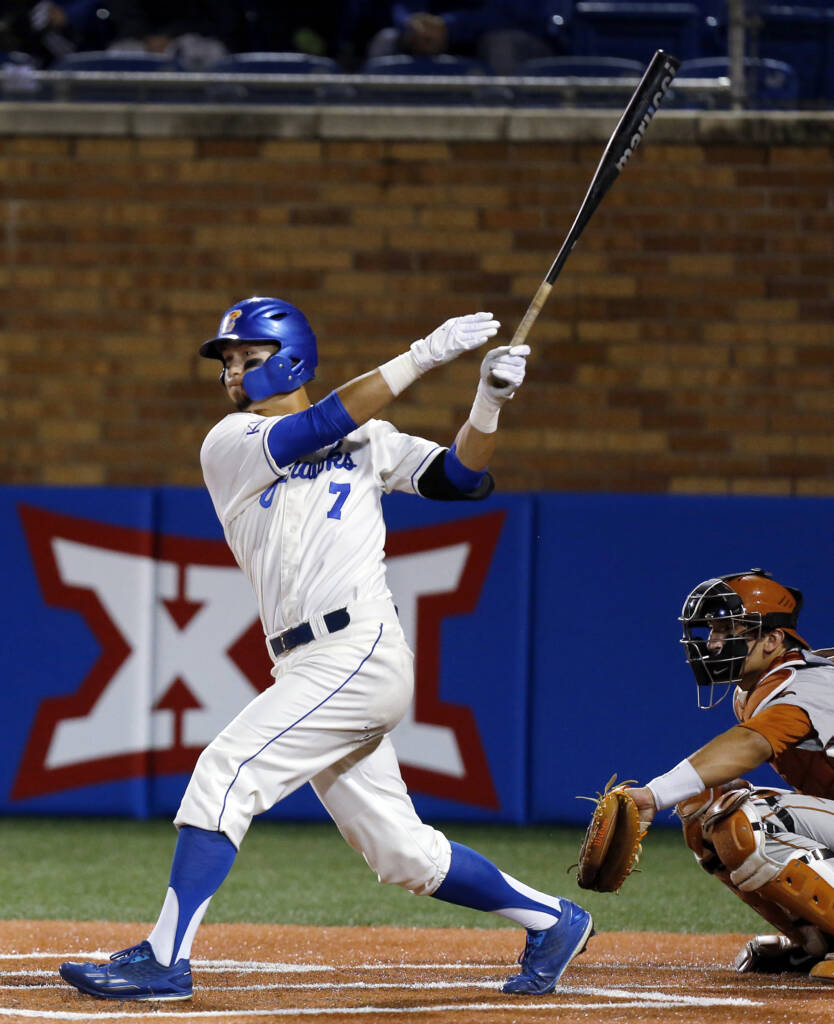 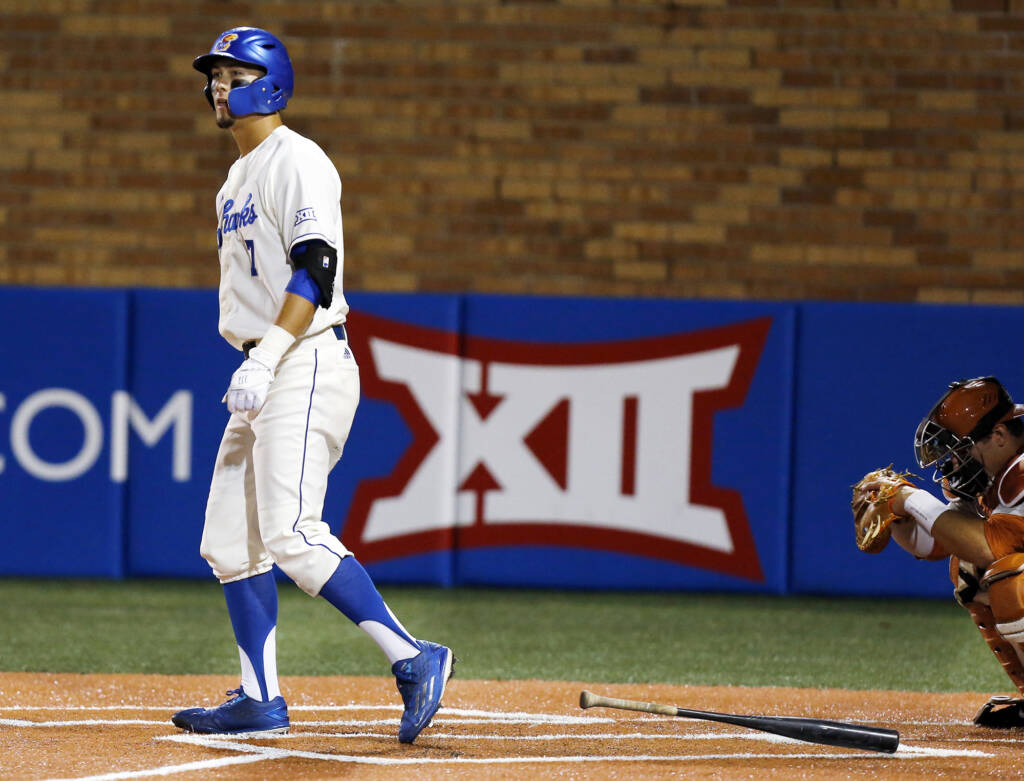 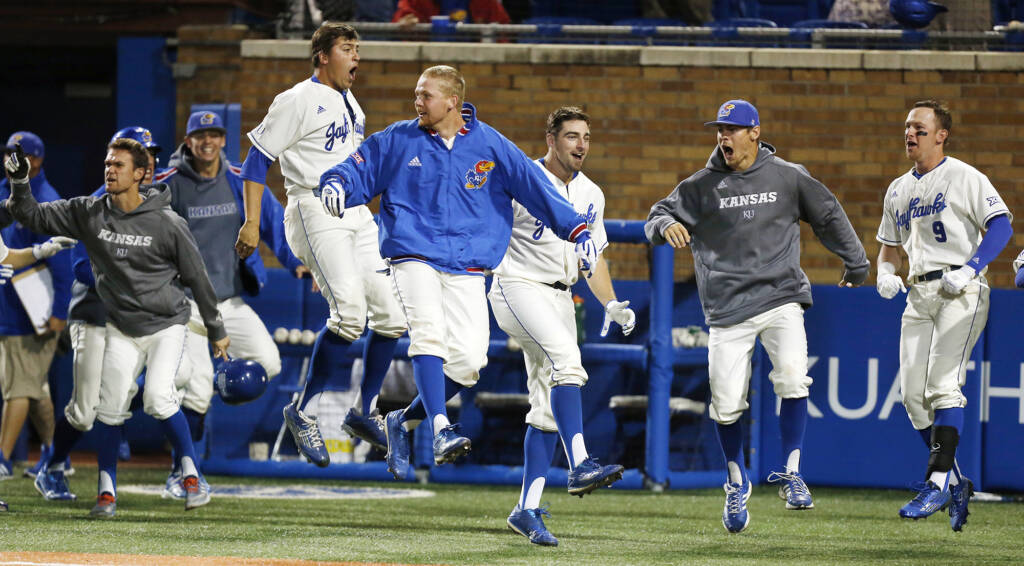 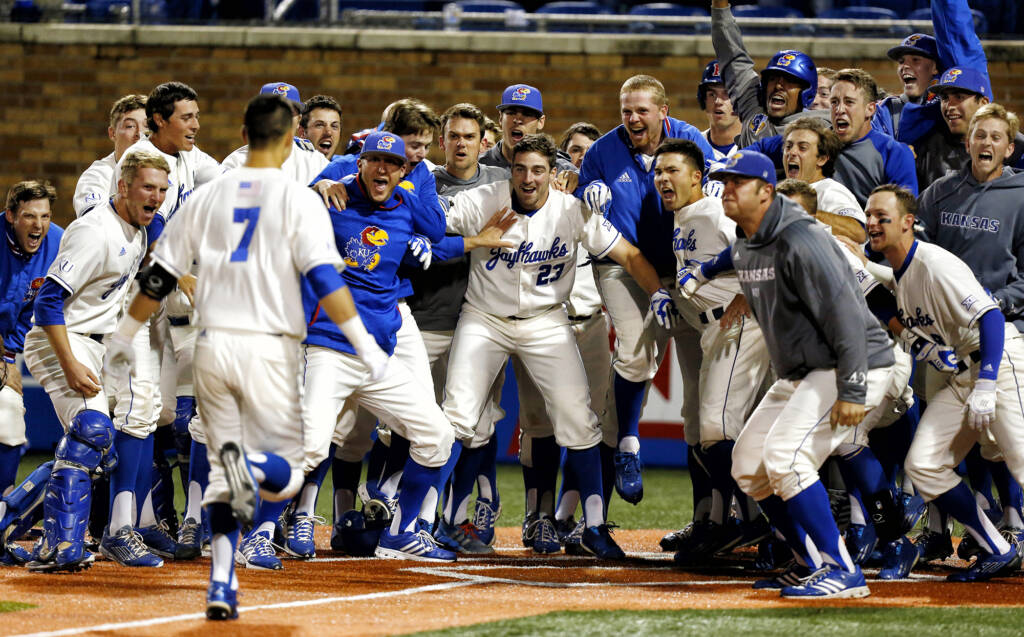 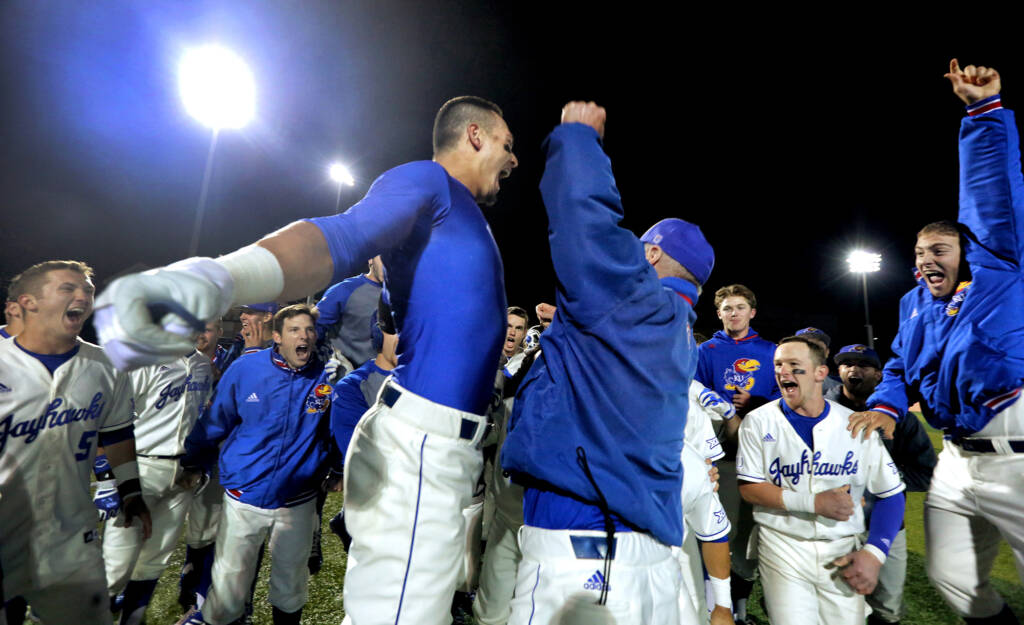 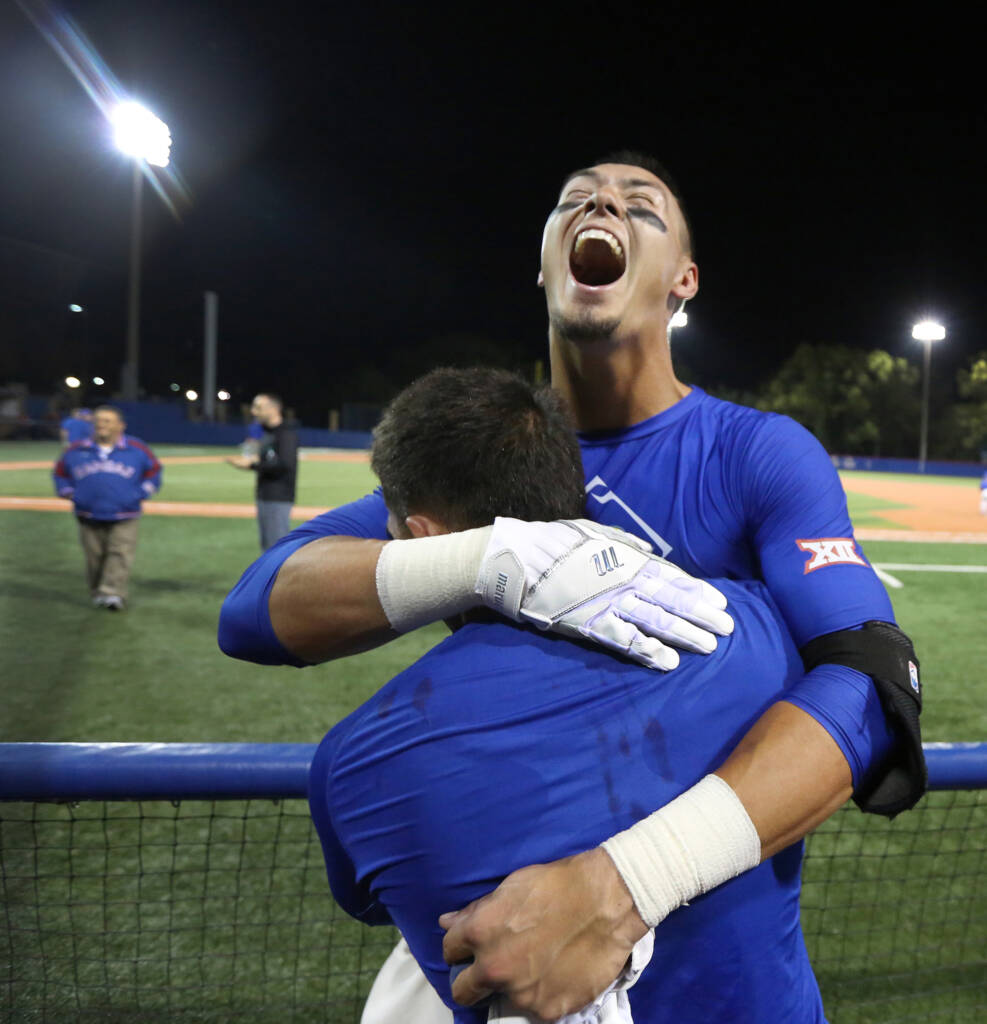 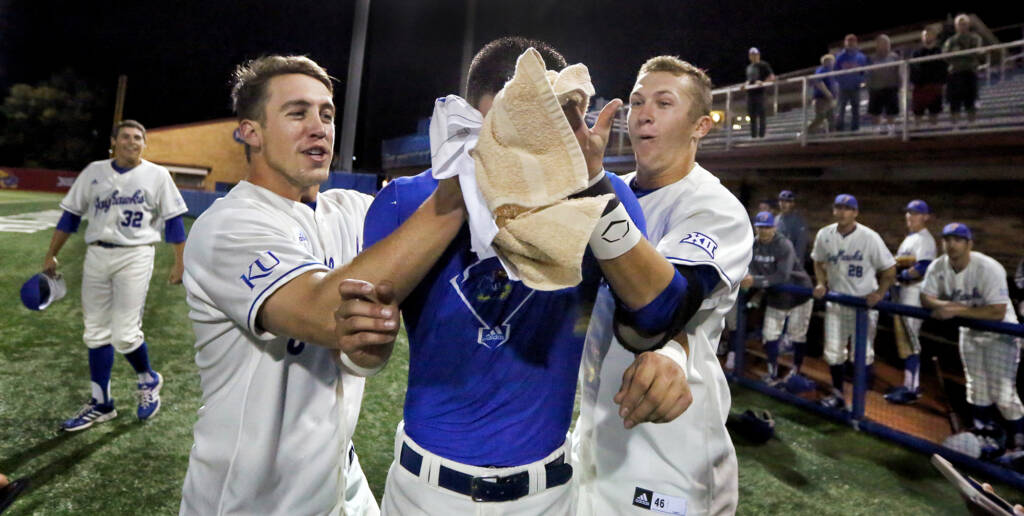 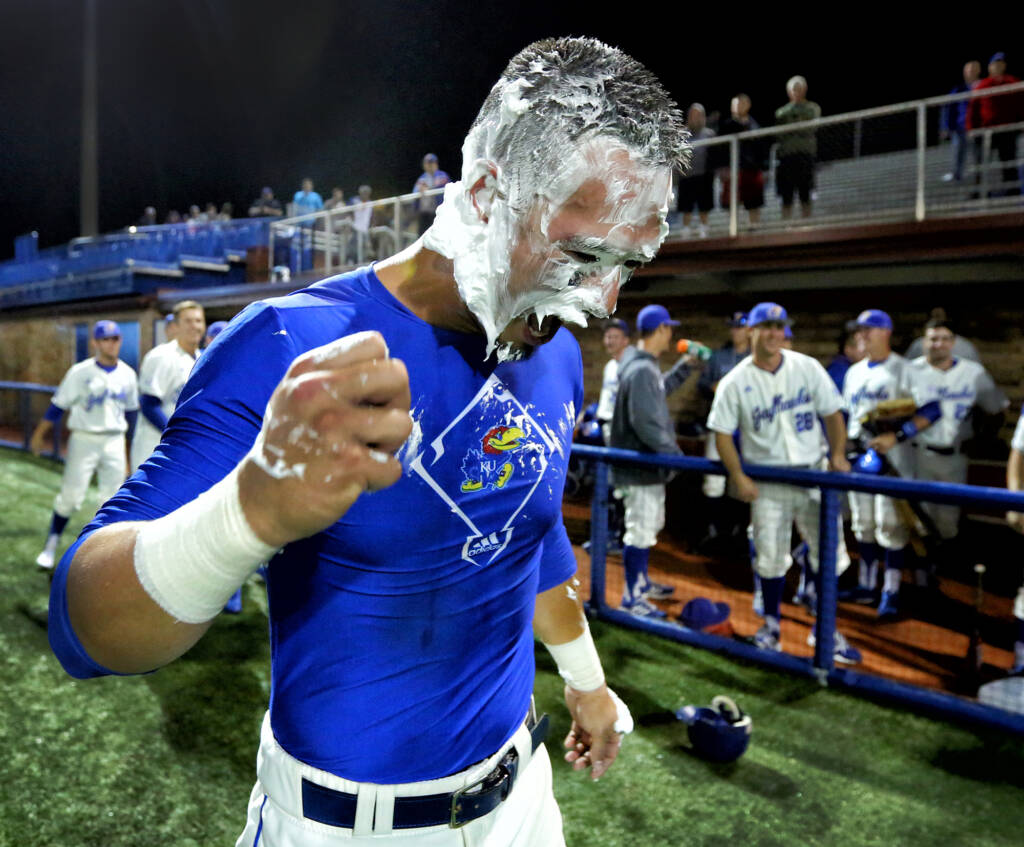 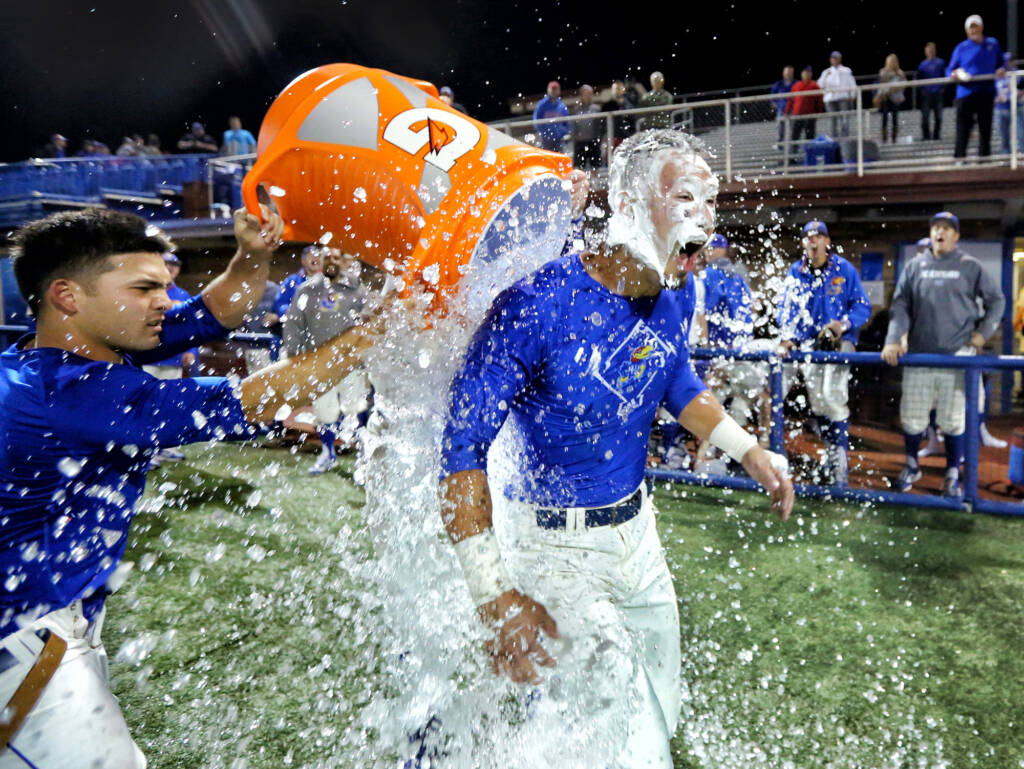 From the first base side, the angle would block much of the initial reaction and the home plate arrival. Unlike softball, where players crowd around home plate after every home run to greet the batter, baseball players only race to the plate for a walk-off, a beautifully descriptive name for any last-inning, game-winning hit.

There have been similar big-blast results over the years. Last season, freshman Casey Burnham walked-off Texas again with his first career home run that catapulted the Jayhawks to a three-game sweep of the Longhorns.

Director of Baseball Operations Wally Marciel came up to me later, grabbed my shoulders and started to shake me.

“When the game went to the ninth, I knew where you were going,” he said, laughing. “You wanted another walk-off, and you got it.”