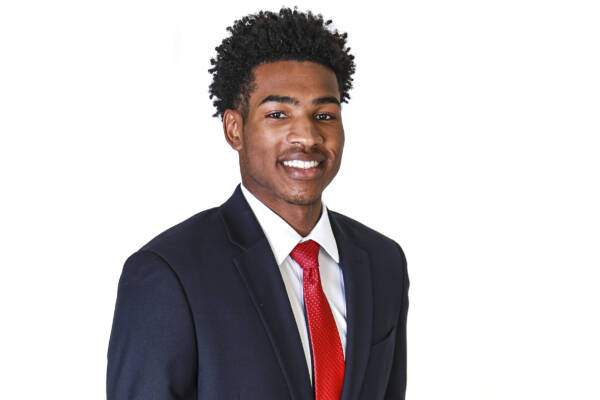 OVERVIEW
One of the most decorated Kansas players in KU history earning 2022 NCAA Final Four Most Outstanding Player and Consensus All-America First Team honors … The No. 14 overall pick of the Cleveland Cavaliers in the 2022 NBA Draft … Set the school record for consecutive three-point field goals made at 53 games … Started 116 games and played in 122 for his career … Ended Kansas career ranked 15th in points (1,652), fourth in 3FGs made (250), fourth in 3FGs attempted (670), seventh in consecutive starts (98) and ninth in minutes played (3,978) … A three-time All-Big 12 and Academic All-Big 12 selection … Was featured as a Big 12 Champions for Life in 2019-20.

HIGH SCHOOL
Was the recipient for the DiRenna Award, the Greater Kansas City Basketball Coaches Association (GKCBCA) Player of the Year in 2017-18 … The Kansas City Star All-Metro Player of the Year in 2017-18 … Participated for the Missouri team in the GKCBCA All-Star Game … Guided Oak Park High School to a 23-3 record in 2017-18 and its conference title … Averaged 27.6 points and 8.6 rebounds per game his senior season for coach Brennan Scanlon … Averaged 23.0 points and 6.0 rebounds his junior year at Oak Park.

PERSONAL
Ochai Young Agbaji … Born in Milwaukee, Wisconsin … Parents are Olofu and Erica Ogbaji … Has one sister, Orie, who played volleyball at Texas … His parents played college basketball at Wisconsin-Milwaukee. Olofu lettered at UWM in 1991-92, while Erica was a four-year letterwinner from 1991-94 … Enjoys playing video games and hanging with friends … Played soccer up until his junior year in high school … Graduated from Kansas in May 2022 with a communication studies degree.

Kansas senior Ochai Agbaji and junior Christian Braun have been named to the National Association of Basketball Coaches All-District 8 Team, the NABC announced Tuesday. Agbaji was selected to the first team, while Braun is a second team honoree. The All-District honors are voted on by NABC-member coaches across NCAA Division I.

Ochai Agbaji wasn’t ready for his time to be up in Lawrence. He had more to prove. To scouts. To coaches. But most importantly, to himself. Coming back to KU has worked out in more ways than one for the man they call Och.

Kansas senior Ochai Agbaji has been named one of five finalists for the 2022 Jerry West Shooting Guard of the Year Award, the Naismith Memorial Basketball Hall of Fame announced Tuesday.

Ochai Agbaji recorded his 14th 20-point game of the season Saturday night at West Virginia to help guide the Kansas Jayhawks to a 71-58 win over the Mountaineers at WVU Coliseum.

Kansas senior Ochai Agbaji has been named to the Midseason Team for the Naismith Trophy Player of the Year, the Atlanta Tip-Off Club announced Thursday. Agbaji is one of 30 student-athletes named to the midseason team and is looking to become the second Kansas player to win the honor joining 2017 recipient Frank Mason III.

Led by a career-high 37 points from Kansas senior Ochai Agbaji, the No. 7 Kansas Jayhawks defeated No. 13 Texas Tech Red Raiders 94-91 in a thrilling double-overtime contest inside Allen Fieldhouse on ESPN Big Monday.

Kansas senior Ochai Agbaji has been named the co-Big 12 Player of the Week, the conference announced Monday. This is the second straight week Agbaji had been named for the weekly award and the third time this season. Agbaji is the first KU player to be awarded the weekly honor in consecutive weeks since Josh Jackson did in 2016 on Nov. 21 and Nov. 28.